The 2019 season in the world of tennis is officially over. We know who was the best, who would like to forget this season ever happened, and who retired. Thankfully, every end is followed by a beginning. So, we are trying to predict some of the results in 2020 and who will be among the best tennis players this year.

We hope that our magic will do what’s needed for this season. If you are interested in what we have to say about the potential best tennis players in 2020, stay with us until the end of this article of ours. Without wasting too much of your precious time, let us begin.

You must ask yourselves how good we were at predicting the results that happened in 2019. Well, we were not so good, and we weren’t too terrible. However, we are pretty certain that some of our readers would say that we weren’t good at all. You should have in mind that predicting something as live as tennis is pretty hard. Predicting the form of a certain player is pretty hard. So, we are happy that we got at least something.

What We Were Right About?

We predicted that Novak Djokovic will be the best tennis player in 2019. If you are following tennis results carefully, you know that this actually happened. He won 2 Grand Slams (Wimbledon and Australian Open).

Also, we predicted that he will win 5 ATP tournaments, and he won that same number of them in 2019. This is a pick that gives us some credit for future predictions if nothing. Maybe our prediction will help you with some betting. If you are interested in this, click here.

What We Guessed Wrong?

We were wrong about Karolina Pliskova winning Melbourne. Just to remind you, she lost in semifinals. Also, we thought that Dominic Thiem is going to win Paris. However, he lost to Rafael Nadal. Also, we had confidence in Serena Williams winning the US Open.

Well, she lost in a final match. When we look back on these predictions, we can say that they were not unreal. We guess that we were just unlucky. Naturally, only wins count.

We know that our following sentence will be boring for our readers, but we are still confident that the main trio of the tennis world (Nadal, Federer, and Djokovic) are still the biggest guns. Naturally, there are some players that will challenge them this year. But we are pretty confident that they will continue their reign.

Now, we are going to give you our prediction for all of the main tournaments in the world of tennis, both for Men and Lady categories.

This year the first grand slam of the year, will start one week earlier than it usually begins. Usually, the first big tournament in a year is a big motivation for all of the players. When it comes to the category that is referred to as the new generation, we are not sure that something like this exists anymore.

You ask why? Dominic Thiem has is 25, and Zverev wasn’t as good as we thought he would be in 2019. Everyone is talking about Daniil Medvedev. We are pretty confident that he has the quality, but he will not will the Australian Open. We are pretty Certain that Novak Djokovic will win this one. When it comes to ladies, we are certain that the title of the winner of the Australian Open will go to Karolina Pliskova. She is in a good run. Just to remind you, she finished in second place on WTA in 2019.

Dominic Thiem and Rafael Nadal are the best tennis players when it comes to clay. Nadal is known as the king of clay throughout his career. However, this year, we are going to say, Dominic Thiem. The reason for this is the declining health of Nadal and naturally, his aging.

Thiem was really close to winning this tournament two times already and we are pretty certain that he will do it now. When it comes to ladies, we are certain that Simone Halep will win it this year. The reason is that she is a vert competent clay player and that she has a lot to prove.

According to our prediction, this tournament will go to Novak Djokovic. Petra Kvitova became a fan favorite in recent years, and she already won this tournament two times. We are pretty confident that she will win it for the third time in her career. Only something like an injury can prevent her from doing it again.

The last grand slam in a season is always the hardest one to predict because it is so late in the season. We think that the big three will be pretty tired after the Olympic games, which are going to happen in August, so we are giving an advantage to the younger generation.

Our prediction for a winner in men single is Daniil Medvedev. We are pretty sure that he is going to shine at the end of a season. Lady tennis players love the US open because it is one of the biggest chances for younger players to stand out from a crowd. In the last three tournaments, winners were Andreescu, Stephens, and Osaka.

Even we are still believing that Serena Williams has what’s needed for winning this tournament, our prediction is that Sofian Kenin will win this tournament in 2020. We truly believe that she is the next rising star when it comes to the female world of tennis. 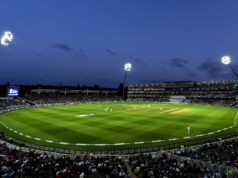 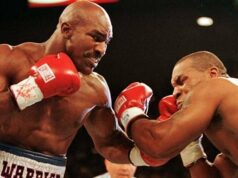 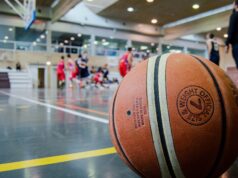