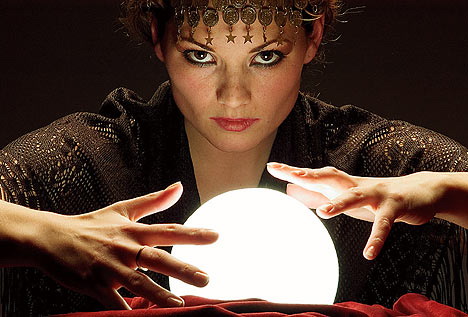 So, you are broke again. Getting a real job is out as it seriously eats into your sleeping and gaming time and, lets face it, work is hard, mostly pointless, and poorly paid at your level. If only there was a way to get money for minimal effort …

Well, you’re in luck. With a little preparation, some decent patter, no shame (or gag reflex) and a pair of clanging brass balls, you too can advise the President of the United States as a bona fide psychic, if you simply follow these tips and forward $5 to our offices for a registration fee.

Have a good background in the occult 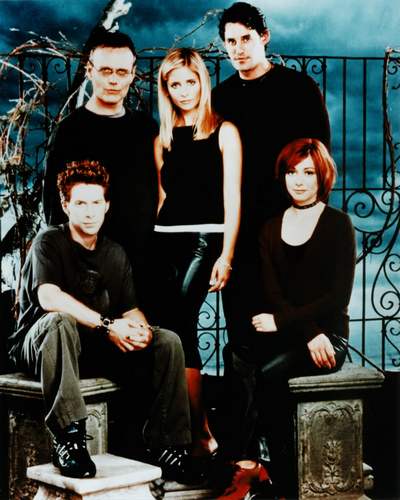 Who are we kidding? You have repeatedly watched every horror film and series of the past two decades – you already all over this one. People are hardwired to believe in the supernatural. In fact, science has even explained why so few people take it seriously: the so called God Spot of the brain. So you can, with sufficiently few scruples, make effective a use of this, just like cult leaders and Rush Limbaugh.

The man is a master manipulator. Pay heed.

People edit reality, only accepting evidence which confirms their existing beliefs. The con is to base your heaps of lies on things that everybody knows or can accept as a reasonable extension of what they know, which means a firm grounding in popular occult culture. And if they do not believe in the occult at all – well, they are hardly likely to consult with you, are they? Which leads us to … 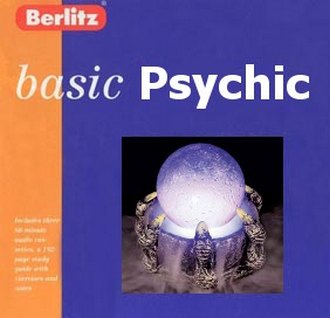 Berlitz will teach you anything.

People will judge your expertise by your language. Every trade and profession has its own language, with words having meaning specific to that profession. Ostensibly, it is to guarantee complete clarity in communication between two professionals. We always have the sneaking suspicion, though, that it is done to make you feel helpless in the face of the guy’s knowledge, and drive up the price he can charge. Think auto mechanics, contractors and dentists (how hard is it to drill some teeth, right?).

You must use this to your advantage. Just as a patient will scream and run if the surgeon tells them they need “a little pink bit removal” instead of saying “appendectomy”, people who consult psychics will expect the correct terminology . Mistaking a previous life for Akashic Records will leave you with less credibility than John Edward.Yet if you spin the lingo right, you sound competent and reassuringly professional.

And speaking of professional… One of these you’d believe if they talked about Thestrals

If there is one thing that modern society has taught us all, it’s that you need a paper qualification to blow your nose properly.

Look at your typical attorney’s office, for example. There are diplomas all over the wall. Half of them could be for winning a sprint in the 5th grade or place certificates in fishing contests for all you know. He never gives you time to examine them. But they sure give an impression of competent professionalism.

Without some sort of diploma, you are going to be at a serious disadvantage, compared to the rest of the psychics. Because everyone trusts a guy with a diploma more than one who is unqualified. You could go the fake route , and may well have to at the start. Or you could invest some money and get a real one from a real organisation. You may as well become a qualified ghost hunter while you are at it, allowing you to wear several different hats for maximum exploitation.

While we are on the subject of appearing credible to the credulous, testimonials can be useful but, in general, are of limited utility since they are widely perceived to be fakes. Unless you write them well and can back them up, using some of your friends and family to play satisfied customers on the phone. A scrap book or framed newspaper clippings rarely go wrong though. Most people think, if it is in the paper, it must be true. Don’t disappoint them. Make them well.

Now the preliminaries are finished, we can move on to tactics.