Bad Bunny is one of the most popular Puerto Rican musicians and artists who promoted Latino trap hip-hop worldwide. It’s so easy to love him because every song brings a story and rhythm we want to dance to all the time. Sometimes, the sad and emotional lyrics are accompanied by some catchy tunes. Even when he sings about lost love, Bad Bunny makes the audience dance during the concerts.

The Puerto Rican music star never releases his setlists before the event happens. Still, many fans are trying to discover the next Miami, Houston, or bad bunny Chicago setlist, so they can get ready. Also, they are looking for similar artists to complete their playlists with various music. Yes, Bad Bunny is probably the biggest one right now and you can check here where next he will be performing. However, you already know that many singers also love the same style, and today we will talk about them.

Surely, you already know J Balvin and Daddy Yankee, but let’s see who are the other singers you need to pay attention to:

Ozuna also comes from Puerto Rico. He is also a rapper who enjoys mixing classic hip-hop with reggae and bachata music. Ozuna is very popular on the Latino music scene. Also, we all know his most significant collaboration on the song “Taki Taki” with Selena Gomez, Cardi B, and DJ Snake.

He has five studio albums and also some movie acting behind him. His popularity rose when he appeared in the F9 movie, which is a part of the Fast & Furious franchise.

Ozuna has many collaborations, including Daddy Yankee, J Balvin, Yandel, Arcangel, and of course, Bad Bunny himself.

Anuel AA, born and raised in Puerto Rico, is another important yet controversial Latino music rapper. He had some legal fights with other Puerto Rican artists and also was on a prison sentence in 2016.

After that, he decided to focus on his career, releasing a few top-chart music hits and receiving his deserved attention. As you expect, Anuel AA has a few significant music collaborations in his career.

Carlos was known as Farruko, who decided to retire earlier this year. Due to the respect for him, we used his full name because on the last live gig, he said Farruko is a past, and the guy who talks is Carlos.

He stopped his rap career so he could focus on God and religion. Farruko announced this during the live performance in February this year. He offered to refund the money for the tickets to the fans who complained about this decision.

But if you love Puerto Rican rappers, give his music a chance. Every Farruko song brings a strong message and is worth having on your playlist.

Rauw Alejandro is another famous Puerto Rican rapper. He is also a passionate dancer and an athlete. Elvis Presley and Michael Jackson influenced his music taste and style, making him confident in his talents.

Just like Bad Bunny, he started publishing his songs on SoundCloud, eventually resulting in many successful collaborations and catchy music tracks. Even though he has been active since 2014, Rauw Alejandro released the first album in 2020.

He has a few successful collaborations with fellow artists Farruko, Ozuna, Lunay, Nicky Jam, and many others.

The singer known as Arcangel was born and raised in New York, but he spent most of his childhood in Puerto Rico. In 2022 he moved to Puerto Rico and adopted the urban music rap and reggaeton genre. He was a part of the duo Arcangel & De La Ghetto, releasing a few catchy music pieces together.

Since 2008 he has been performing solo and collaborates with many fellow Puerto Rican stars. In 2009 he went on a European tour that included live concerts in Germany, Portugal, Spain, Denmark, France, etc.

He is still active in the music scene, but it seems like Arcangel leaves enough space for younger stars to show what they know.

If you know the song “La Romana,” you also know El Alfa. Even though he is a Dominican music star, he collaborates with many Puerto Rican singers, including Bad Bunny, Myke Towers, Nicky Jam, etc. Also, he has many successful collaborations with worldwide recognized stars like Pitbull, Cardi B, and J Balvin.

One of his biggest hits, “Suave,” became a TikTok viral trend. Even though he had many rivals in the beginning, we can say he succeeded in ruling the Dominican music scene and even became an internationally recognized artist.

As you can see, most of these artists already have collaborations with Bad Bunny. Still, they are names by themselves. They prove that friendship and collaboration can help everyone accomplish their music aspirations, creating a unique Latino rap music scene we all enjoy.

Fuego is not from Puerto Rico, but he loves Latin trap, bachata, urban contemporary, and R&B. If you love Bad Bunny, you will surely love Fuego’s songs.

He has five studio albums, the last one from 2021. If you want to give it a try, we suggest listening to “Me Gustan Todas” or “Cuando Suena El Bling,” which is a cover of “Hotline Bling.” Fuego wants to record covers of popular songs, and we really like the Spanish remix of Travis Scott’s “Antidote,” simply named “Antidoto.”

He has a few collaborations with popular music stars, including Arcangel, Farruko, and Rosalia. 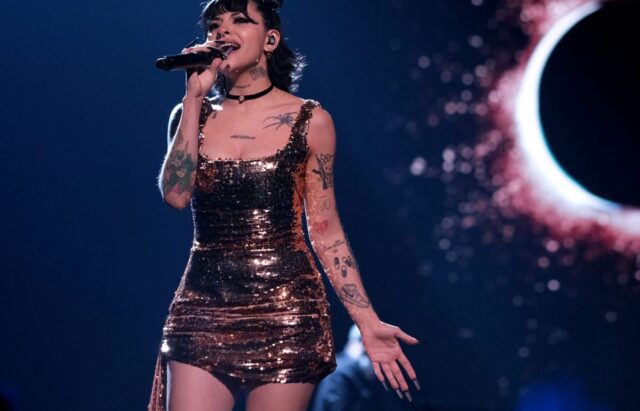 Julieta Emilia Cazzuchelli comes from Argentina, and she is so into Latin trap and R&B. She was always into music, even though she studied cinematography and graphic design later.

When she came up with the alter ego Cazzu, Julieta said that it was all she was dreaming of. She has a successful collaboration with the trap singers Khea and Duki for the song “Loca,” and Bad Bunny joined later for the remix, making this song one of the most influential on the Latin trap music scene. 5 Ways To Use a Wireless Microphone