Home Crimes Awful People Who Got What Was Coming to Them

History has a long list of jerks that did things to people, seemingly for the pleasure of it. Many times, these people are in a position of power that allows them to be cruel jack asses until they die of old age, however in these cases, the people of the world weren’t happy to sit back and let old age get their revenge for them.

Yes, that would be Alfalfa from the Little Rascals. Turns out, off-key singing and bad hair were not his only crimes against humanity.

As a kid, he was little bastard, pulling pranks on other little rascals cast members; He once put fishing hooks in Spanky’s pants, resulting in cuts so bad that poor Spanky needed stitches. He convinced Darla to put her hand in his pocket, telling her he had a ring in it for her. Take a guess as to what it was.

Did you think “his penis”? I did too. Nope, Alfalfa wasn’t a pervert, he was a sick asshole. It was switchblade, and Darla nearly lost a finger because of it. When The Little Rascals series was sold to MGM, he got even worse. During a filming break, he pissed on the set’s lights. When they turned them back on, the smell made by super heated urine was so intense they had to stop filming for the day. 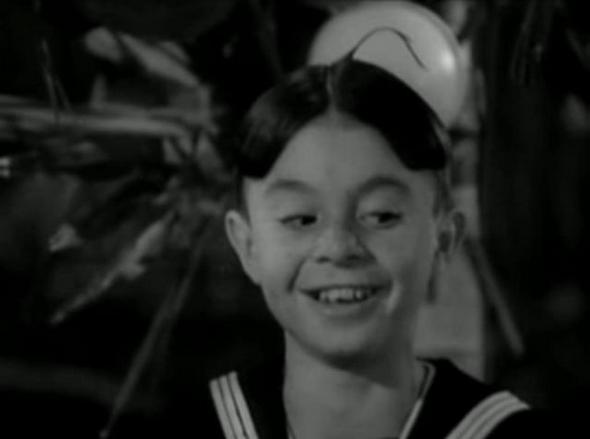 And according to the Wikipedia article, he also put gum inside one of the cameras. This is listed last, leading to the suggestion that although getting fishing hooks stuck in someone’s junk and nearly severing someone’s finger are pretty rude, gum in studio equipment is on par with committing the holocaust.

He didn’t die with his childhood, though. He got married, but that only lasted 4 months. He got shot while getting into his car once; they don’t know why, and while getting shot isn’t in and of itself a s***y thing, his track record suggests he didn’t buy the guy flowers and the dud just f****g snapped…

He also cut down 15 trees in Sequoia National Park. About national parks, they say “Take only pictures and leave only footprints.” Alfalfa said “F**k you, I’m taking 15 trees”.

In 1959, Alfalfa got drunk and decided that a guy he knew named Bud Stiltz owed him 50 bucks. Apparently, Alfalfa borrowed a dog from the guy, then lost it. He paid the Bud $35 and bought him $15 worth of drinks at a bar, to make up for it, but guess what? They found the dog. So he decided Bud owed him the 50 he had paid him. Never mind the whole ordeal was his fault, and it’s a pretty bulls**t move to buy someone drinks, THEN tell them they owe you for it.

A scuffle ensued, wherein Alfalfa and his friend beat up Bud, who took a glass dome clock to the head, leading him to get his gun. Alfalfa grabbed the gun, which he almost got away from the guy (which is a bad-ass check in Alfalfa’s book) , and forced Bud back into a closet (check number 2), but when he pulled a switchblade (we don’t know if this is the same one he used to carve off Darla’s finger) and told Bud he was going to kill him, Bud apparently had enough and shot him. In the groin.

No doubt, Spanky got some cosmic joy out of the whole thing, because Alfalfa died of internal bleeding from a nutshot on the way to the hospital.