There are animals in the world that are endangered for all kinds of reasons, usually loss of habitat, over-hunting, ridiculous accidents like oil-spills wiping out the last few. As if that wasn’t bad enough, there are several out there that have the misfortune of being considered delicious in someone’s eyes, and those someones have no issue cleaning them off the face of the planet.

Is there any animal more loveable and innocuous than a sea turtle? They’re big, harmless, and talk like Spiccoli. 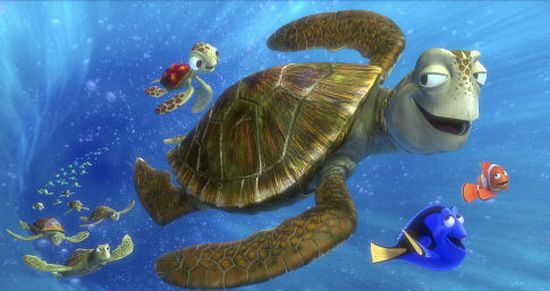 Eating sea turtles is right up there with clubbing baby seals as a pretty shitty thing to do. They are used for soup, among other things; in New Guinea, Leatherback Turtles are rendered for caulk for boats and oil, other species are used for everything from bags to jewelry in addition to their sweet, sweet meat being eaten. And what could be worse than eating nature’s giant hockey puck?

Nature has given the turtles a tool to combat egg predation; they lay a ton of them. A lot of baby turtles get eaten on the way to the great blue; we’ve all wept quietly to baby sea turtles getting eaten by seagulls on the way to the water on Animal Planet. But as mankind is wont to do, they have trumped nature once again by digging up the eggs and cooking the little bastards before they hatch.

They do this all around the world in the tropical belt, where sea turtles swim and lay their eggs, making soup out of the adults, and the kids? They make them into… well, soup. They aren’t very creative, but that doesn’t seem to matter to the turtles; they get eaten all the same.

The worst part is that the turtle eaters could probably get away with eating some of the eggs without impacting the numbers of turtles born, but that would be almost acceptable. In most places they true happiness can only be achieved if they eat all of a mother turtle’s eggs. I guess they don’t want to break up the siblings…

If looks determined who won the evolutionary contest, these things would have been wiped out somewhere around the time cute animals first emerged. 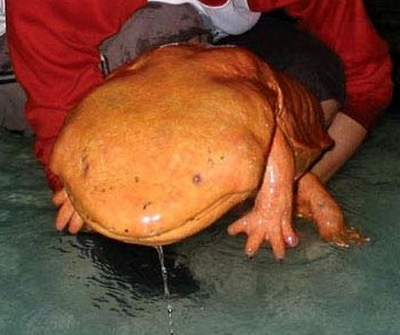 A face only a mother could love. Or a Chinese person could eat.

Instead, they have managed to cling on for over 200 million years, which is very impressive.

Unfortunately for them, they are in china where damn nearly every living thing is considered a delicacy and/or fit to be tortured, mutilated and killed for some sort of weird-ass medicine.

I couldn’t find any specific dishes or recipes for giant salamander, but being that they are part of traditional medicine as well, we can only imagine it is horrible and would give children nightmares. Even more than the salamander itself.

I’m on the fence with this one as far as how I feel about them being wiped. On one hand, my weepy liberal side thinks that all species are sacred and blah blah blah. On the other hand, they look like a squishy water demon and really, 200 million years is a pretty good run. (Seriously though, stop eating them, China)

In case you are unfamiliar with this animal, the Ortolan bunting is a tiny bird that lives in France that was once the gourmet McNugget of that country. Many French people were insane for these little guys. 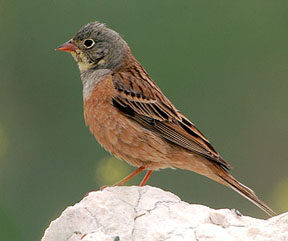 Now, if you thought the methods for making foie gras was cruel, that has nothing on what the poor Ortolan Bunting had to suffer through. They were force-fed grain, just like geese and ducks for foie gras, but then they were drowned in Armangac, stuffed with grain, roasted, and eaten whole. Imagine a cup of pudding flavored with brandy and filled with crunched up potato chips, and you get an idea of what eating one must’ve been like. They were eaten whole, head first, after placing a napkin over your face, because when you ate them, you knew what an a***ole you were being and had to cover your head in shame. Plus, no doubt chewing up a small bird like a Big League Chew mouse being swallowed by a snake had to be unappetizing for the other people at the table. 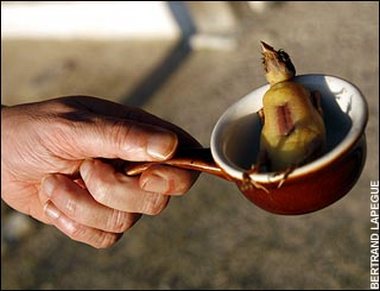 That is just awful…

The sad thing is that this meal was enjoyed enough to take a significant chunk out of the population, placing it on the endangered species list. Just imagine the sheer volume of tiny, fattened drowned birds it took to endanger an entire species. It’s about as sad as eating baby turtles.

What is really sad is that while they were protected by law, the president of France, Francois Mitterand, had Ortolan as a dish at his final dinner as president. When the guy who helps make the laws breaks them to eat you, the cards are really not stacked in your favor.