For years now, we’ve been told that we should all be more careful about what we say and do on the internet. Usually, this advice is given to us by concerned parents who are worried that future educators or employers might one day dig up an embarrassing old picture or old Tweet, and use it as a reason not to give us the opportunity we’re looking for. The idea of being caught out in a bad way for an ill-advised remark you once made on social media isn’t exclusive to regular people like you or us – it’s happened to several celebrities, too.

Now, it seems like there’s even more reason to exercise caution when going online – and it has nothing to do with a regrettable image of you looking trashed at a party, or a questionable opinion you expressed years ago. Sharing information you’ve heard because you’re excited about it might land you in a lot of trouble – and especially so if you’re a gamer, and a fan of the ‘Call of Duty’ series.

Activision, the publishers of ‘Call of Duty,’ have become tired of people leaking and sharing information about exciting future developments in the game, and they’ve decided it’s time to do something about it.

This week, they took the almost-unbelievable step of issuing a subpoena to Reddit in an attempt to force Reddit to identify a specific user.

The Reddit user in question posts under the username ‘Assyrian2410,’ and was responsible for an image link being dropped for what’s been claimed to be a promotional image for the new battle royal map that’s coming to ‘Call of Duty: Modern Warfare’ in March. There wasn’t much in the way of new information in the post, and some Reddit users weren’t convinced that the image was real.

Activision taking the decision to sue removes any doubt that it’s both a real image and a real leak, and now there’s a question mark over what information – if any at all – is safe to share online ahead of the release of a game.

The fact that Activision is so keen to protect their intellectual property is unsurprising. ‘Call of Duty’ is the biggest money-making franchise in all of video gaming, and the jewel in the Activision crown. The popularity of the games has led to the creation of mobile games, and even an official online slots game aimed at the adult end of the gaming market.

In fact, such was the popularity of that game at online slots websites that another, unlicensed, online slots game called ‘Call of Fruity’ was released to piggyback off the success of the licensed version, the casino game players know where to check it out.

Given Activision’s new attitude, it’s probably reasonable to expect that the creations of that online slots game will soon be hearing from their lawyers, too. ‘Call of Duty’ is worth hundreds of millions of dollars a year to Activision.

Any leaked information that could cost them money is bound to be picked up and acted on – but could an argument seriously be made that this one leaked image was likely to cost them any money at all?

At present, Reddit’s response to the subpoena is unknown. In the past, the website has fought hard to protect the individual anonymity of its users, and should it move far from that position, it would be likely to lose some of its regular posters. Reddit would be required to give up ‘Assyrian2410’ and their real contact details if there was suspicion that a serious criminal offense had been committed, but unless it can be proven that the user stole the image himself, it’s unlikely that this incident would be viewed in such a light.

Reddit may decide to do nothing off the back of the subpoena and wait to see what – if anything at all – Activision decides to do next. It’s been reported that users who have shared the image on Twitter have also been hit with takedown notices, as have users who re-posted Assyrian2410’s original post on Reddit. The last time Reddit was hit with a subpoena of this kind, they took the matter to federal court and won.

To further complicate the situation, the leaked image is far from the only confirmation that the long-awaited ‘Warzone’ battle royal mode is happening. There have been numerous leaks in recent weeks – so many that some players believed Activision were leaking data on purpose.

It’s believed that ‘Warzone’ will be available as both an in-game mode for ‘Modern Warfare’ users and a standalone game for people who don’t own the original, and therefore could be construed as a potential rival for ‘Fortnite.’ Knocking ‘Fornite’ off its perch will be no easy task if that is Activision’s intention, and so it would make sense of them to want as much publicity for their new game feature as possible. As we’re now a little less than a month away from the anticipated launch of the feature, their silence on the issue has become strange.

As for what all of this means for you as a gamer and an internet user – it means don’t post spoilers and don’t share or reshare content if you’re not one hundred percent sure where it’s come from. We all like to feel like we’re the first to know something, and we all also like to share news with others as soon as we’ve received it.

If you’re sent (or otherwise acquire) what appears to be an exciting tidbit of information about a forthcoming game or game feature, it’s only natural that you’ll want to put it online and share it with the world. In the past, we’ve seen people get away with doing so plenty of times. Is Activision are successful with this subpoena, though, all of that may change.

Ultimately, posting images and possible content summaries for games that have come from anything other than an official source is the same thing as posting spoilers, just as surely as someone watched the latest episode of your favorite TV show before you had the chance to see it, and then told you about the ending.

Spoilers are bad, and stolen intellectual property is bad – even if the act of stealing and sharing it only serves to spread excitement about the game. If in doubt, don’t do it – and especially don’t do it if it’s about ‘Call of Duty!’ 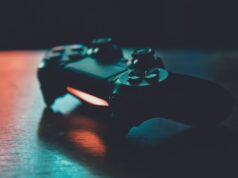 The Best Video Games to Play Online in 2020 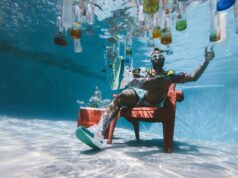 8 Betting Basics to Learn Before Placing Your First Bet