While we can appreciate the kind of obsessive fan-boy love the Alien franchise can engender, I we cannot conceive why you would want to ever get permanently marked with one of the most disturbing aspects of the series. We are going to guess this guy is either the object of a very specific kind of female fetish, or is a virgin. 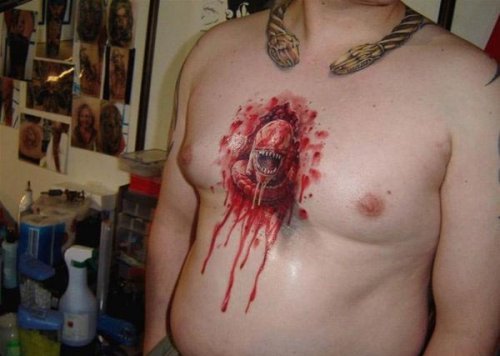 Look, a worm! That Shaves! 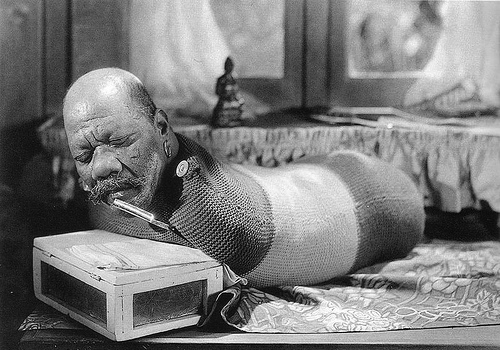 Looks like Uncle Phil is a little worse for wear from the Fresh Prince’s hijinks.

That is a scene from the movie Freaks, for those of you unfamiliar with it. That is an actual man born with no arms and legs, named Prince Randian. He was one of the many professional circus performers in the 1932 movie Freaks, and he was actually very capable for being a torso and a head. And yes, he does demean your efforts to not be a burden by passing on the opportunity to use handicapped parking when your leg was broken. Wimp. 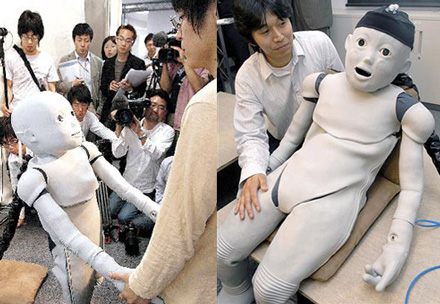 Japan wants to replace people with robots. Okay, so that is not the official word, but they are very fond of making “lifelike” robots, and considering their people are the ones dreaming up these nightmares, maybe replacing them isn’t such a bad idea. That is CB2, and he resides in the uncanny valley, where he loves watching the Polar Express and Beowulf. He is a “1-2 year old simulator” with tactile sensors in his pasty white skin and 51 pneumatic actuators, just like your typical toddler.

Okay, a felt fetus… In a felt womb… Why not? 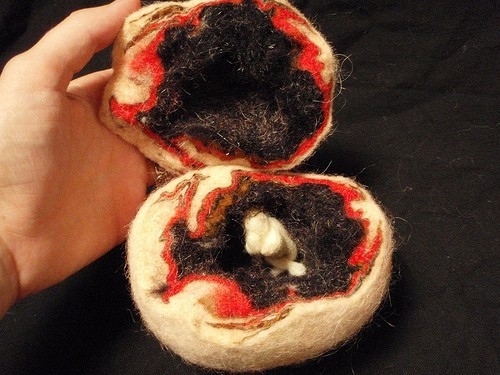 So… Some young Twilight fan made Bella’s womb out of felt, complete with mutated fetus… Can someone explain this one to us? We aren’t down on all the parts of the Bella and Edward thing, but is there really a precedent for this? If there is, then we suddenly understand a lot of the hate Stephanie Meyers gets. 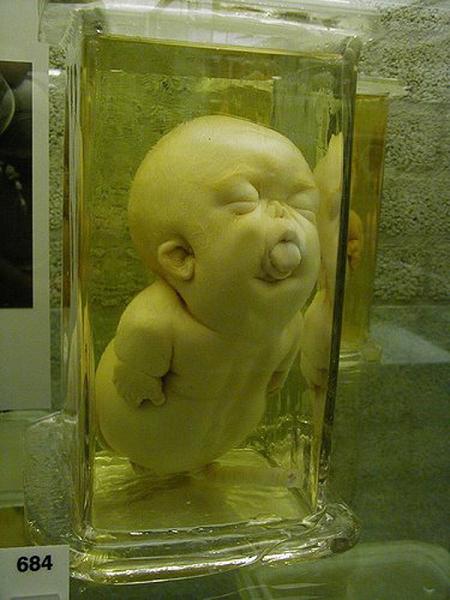 It looks like the lovechild of Orsen Welles and Golum. 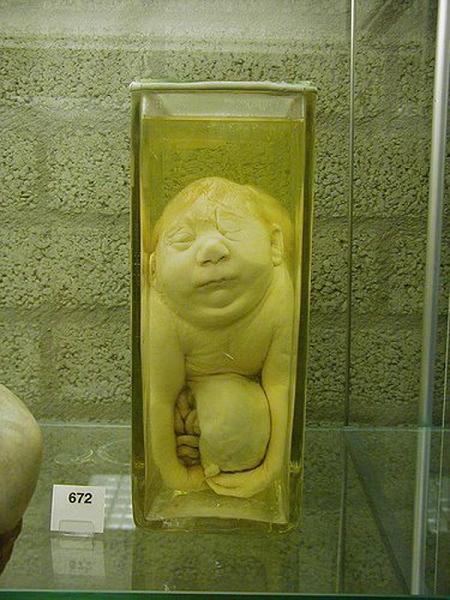 Great, they were twins.

So, at some point in history, every time a kid was born… “off” shall we say, and the child didn’t survive, they chucked that little critter into some volatile chemical and stuck it in a jar because… They hated the future? Maybe? We honestly have no idea why anyone would do this. (But we will gladly exploit them for your entertainment)

These things remind us of a dazzling array of horrifying jars everyone’s 10th grade biology teacher had in her classroom filled with cow eyes and dead pigs. Luckily, her collection was lacking in stillborn human babies.

Look. A little boy. He seems a little off, maybe he’s.. Holy crap… 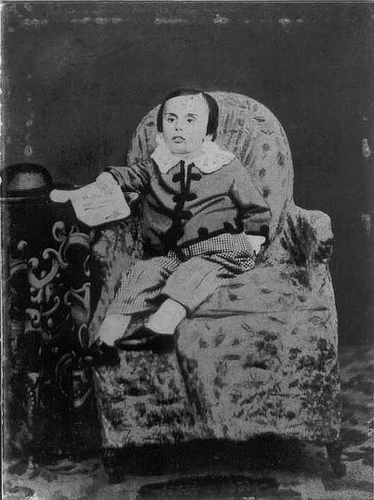 Apparently, back in Victorian times, if you had trouble letting go, or you just wanted something to ensure that the memory of a lost loved one would endure (and haunt you forever), you got a mourning photo. Check out the galleries in the linked site, and good luck trying to sleep again.

We have been trying to figure out how they got their eyes to stay open (because they are all dead), but then decided that it was not worth looking through any more of those horrifying images of eerily peaceful sleeping babies and in some cases, entire families.