Accidents happen and this is something that is more common than it should be. Car accidents may occur for many reasons, starting from the conditions on the road, inexperience, and incompetence of the driver, low visibility, malfunction, and others. No matter what is the cause, it is essential to determine the fault in order for the ones that are guilty may experience the consequences and pay for the damage, or be prosecuted by the authorities if needed. How is this determined can be a bit confusing for the public, so we will dive into this and explain how will it be determined who’s fault the accident was.

When an accident occurs it is essential to call the authorities, this is due to the few things, firstly they will make a report of the scene of the accident and if needed bring the inspectors to see into the accident and determine what has happened with evidence that is there. These are the cars that have been involved and the damage, the signs on the road, and the traces on the road, these can be the traces of tires when people are using the breaks.

The inspectors are trained to detect the evidence on the road and reconstruct the accident which is very important since this, all go into the report that the police will make. This primary report is essential since it will determine who’s fault is it or just make a good assumption of it to have for the court.

Evidence collection is very important and the authorities will gather as many as possible, and get the statements from the witnesses that might have seen the accident occur. They will gather footage from the nearby stores or any other building that has surveillance cameras. In addition pictures may be taken of the scene of the crime and the damage done to the cars. The medical reports are valuable pieces of information since they will confirm the story and how the accident has played out.

The medical examiner will make a full report and send it to the authorities if needed in order to complete the whole story. The injuries may shine more light on how the accident actually occurred and fill in the gaps that might be there.

It may happen that the court will summon up all the people who have been involved in order to take the statements and to get the ones involved in the accident to face one another. On the court the evidence will be presented to determine whose fault was it if it was not clear. They will get the primary police report and see into it, additionally, the inspectors’ professional report will be added and the medical examiner report will come in handy in this case, in order to complete the entire picture of the scene.

Once these are presented, if they exist the video footage might be presented and the witnesses may be brought in order to tell what they have seen has happened. The court will decide who is guilty and determine the proper punishment by the law of the country and the severity of the case. The reports from the court may be used later on for the insurance companies since some compensation will be in order by the ones that are guilty to the ones that were victims in the accident. These compensations depend on the severity of the accident and injuries of the ones that were involved.

It is not rare that people get injured during the accidents, and this is very important when the fault is being determined since if there are people who got injured, the insurance will need to pay for the proper amount of money that will at least cover the hospital expenses. Rosengard Law Group gives support and will make sure you get the highest compensation possible from the accident. If needed, it is smart to contact them and get professional help in resolving the issues. Be sure to get your free consult and see if they can assist you in your case.

When it all happens it is essential to gather all possible information regarding the accident and have all the reports that were issued in order to know what has happened and what will the steps to take. This means the police reports and other will need to be seen by you, and it is good to have them since they will be of value when negotiating with the insurance company. This is important since the insurance company will need proof of the crime and they will have their people assess the whole case in order to see how much compensation should be given to whom.

They may, in addition ask for footage from the accident, so it may be good if you have made pictures and videos of the accident. If not, you may divert them to the police and have them collected the footage they have gathered from the nearby facilities that possess cameras. Medical reports are also very important since they will show how it all happened and the severity of injuries of all participants making sure what will happen to the compensation and at least cover the medical bills that accumulated.

When an accident occurs, even though it is an accident someone in most cases broke the rules or lost control over the vehicle. No matter what was the case, the authorities will use all they can to determine the one who was responsible for it. Some cases will be easy to crack, while others will involve more people to get involved such as inspectors, additional footage from the nearby buildings, and medical reports in order to get the complete picture of what has happened.

The court might be involved and there all the evidence can be presented to determine who’s fault was it, here in addition to the hard evidence witnesses may be brought to make the statements. Insurance companies will require the reports in order to make an assessment and give compensation for the ones that were involved and are ought to get it. 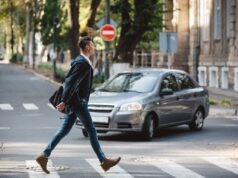 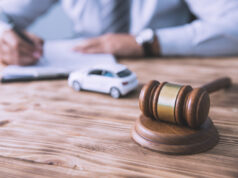 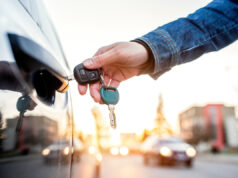