When television shows are in their early seasons, with a few exceptions they’re just trying to find their footing. They go through focus groups and get a ton of network feedback, so obviously some changes are going to be made here and there. But once in a while those changes involve suddenly jettisoning seemingly important characters, and then those characters are absolutely never mentioned again. Here are some of the best vanishing characters in TV history. 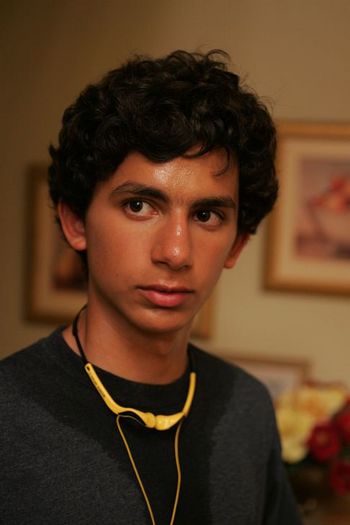 The television show 24 had a lot of expendable, redshirt characters. Namely, anyone not named Jack Bauer or, in the later seasons, Chloe O’Brian. But above all other characters, perhaps the most famous expendable character is Behrooz Araz, a character in the fourth season of the show who was turned into an integral part of the plot only to vanish without a trace, never to be mentioned again. Apparently, in the DVD extras, his fate was mentioned, but that doesn’t really do anything for the fans who only watched the show in, excuse the phrasing, real-time.

A lot of things changed on Family Matters over the years. After all, it began as a spinoff of Perfect Strangers, and the intended central character was Harriette Winslow, Carl’s wife and the mother of Eddie, Laura, and little Judy. Only once things started to shift on the show, one of those children was apparently deemed expendable, and one episode simply went up to her bedroom and, apparently, never came back out.

During season one of the television procedural Bones, one of the primary characters was Dr. Daniel Goodman, who was the head of the Jeffersonian team that included Temperance “Bones” Brennan, which helps the FBI and agent Seeley Booth solve bizarre murders thanks to really gross scientific methods.

Goodman is kind of a stick in the mud hurdle for the most part, but he’s a character who was always meant to be intelligent and well-meaning. And then, after the first season, it was announced he went on a three-month sabbatical and he hasn’t been seen since. He’s probably off partying with Behrooz somewhere for all we know.

The Cosby Show was an insanely popular sitcom, to the point where it had a spinoff called A Different World, which followed the eldest daughter Denise as she went off to college. However, things quickly changed for Denise and the actress who played her, Lisa Bonet, when Bonet first appeared in a film in which she had an explicit sex scene and then got pregnant, and she was suddenly written off the series.

She made a brief return to The Cosby Show but was just as quickly fired from that gig, too, and Denise was never seen again despite being one of the main characters of two shows.

5Tori – Saved by the Bell

During the inexplicably long run of Saved by the Bell, at one point there was a major shift in the female portion of the cast when the beloved central characters of Kelly and Jessie were suddenly absent and a new tough girl named Tori moved to town to kind of fill the void they left behind.

This happened because Tiffani Thiessen and Elizabeth Berkley were in a contract dispute, and the producers were making a power play in the negotiations by attempting to replace them with a character that was even more annoying than most of the already annoying show. Once the two stars signed their contracts, Tori pretty much just disappeared, never to be mentioned again.

Community is that show that all of your comedy friends tell you is the greatest thing on television despite the fact that virtually no one watches it. Anyway, one of the central early plots was whether the main character, Jeff Winger, would wind up with Elizabeth Shue clone Britta, and along the way, a hurdle arises in the form of Professor Michelle Slater, who takes a shine to Jeff and creates a romantic triangle between the three.

At the end of the first season, Jeff is given the ultimatum to choose between the two, and that’s pretty much the cliffhanger that leads into season two. However, when season two started, Slater was never mentioned again, other than a brief news ticker during an interview with the characters of Abed and Troy saying simply, “Professor Slater still missing.”

No one will ever accuse Boy Meets World of being a great show, but it gained enough popularity to earn a long run and now it’s even getting a follow-up show called Girl Meets World, which is going to deal with the central characters of Cory and Topanga raising kids of their own. Cory, by the way, was originally one of three kids in the central Matthews family on Boy Meets World, with the youngest kid being Cory’s little sister Morgan.

However, after the first couple of seasons, she completely vanished without any sort of explanation. Eventually, the character was brought back just as suddenly and mysteriously but was played by a different actress.

Okay, this isn’t an attempt to pile on Boy Meets World, because a lot of shows have had characters mysteriously disappear without a trace. However, not many have done a better job of Behroozing their characters than Boy Meets World, and maybe the most horrifying way they ever dispatched a character without further explanation was with longtime character Mr. Turner, the “cool” teacher who rode a motorcycle and had long hair and also took in Cory’s best friend Shawn Hunter.

However, Mr. Turner gets into a horrible motorcycle accident and is seen in traction in a hospital bed with Shawn at his side…and we never see him again. So what the hell happened? Maybe Girl Meets World will finally let us know whether he’s okay, dead, or instill in a coma. Honestly, he was kind of asking for it with that freaking hair.

Come on, you can’t have a list like this without the original vanishing cast member. Chuck Cunningham was the oldest son in the Cunningham clan, a basketball star at the University of Wisconsin-Milwaukee, and his disappearance is so famous that this entire trope is named for him. People probably don’t realize Chuck was actually on the show for two seasons, but never really impacted any of the stories.

He was always just kind of there, hanging around in the back. Eventually, the Happy Days writers just decided to ditch the character, and couldn’t even be bothered to give any explanation as to where he went, so we’ll just assume Mork abducted him like he later tried with Richie.