Easter is celebrated by most Christians as the day when Jesus was resurrected after being dead for three days. In the Jewish faith Easter represents the time when they were freed from Egypt and is closely associated with Passover. However, Easter is also associated with pagan rituals and in many areas it’s just a Christian holiday that was imposed on ancient traditions. Here are some of the most bizarre ancient or sometimes surprisingly modern Easter traditions from around the world.

In France, Netherlands and Belgium it is said that the bells of churches fly to Rome for a few days and only return on Easter morning. The flying bells are supposed to bring back colored eggs and chocolate rabbits, almost like a Santa Claus. 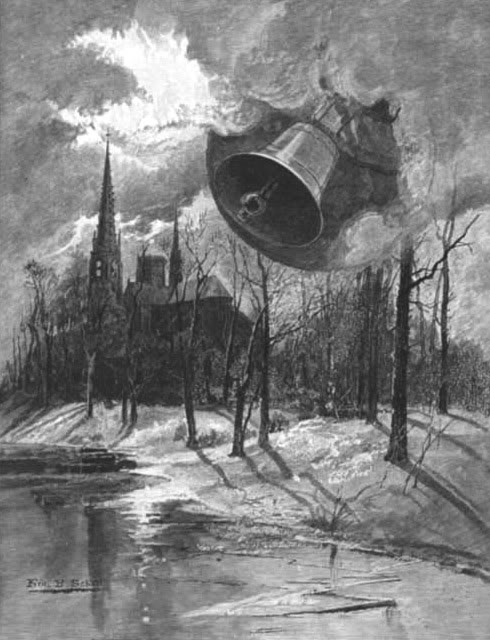 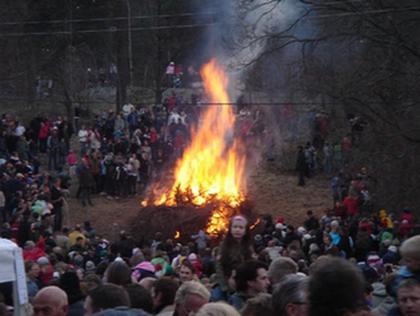 When most people think of little kids dressed as witches they immediately think of Halloween, however in Sweden you could see a little girl trick or treating on Easter. This is because Easter usually falls very close to the Swedish tradition of Walpurgis Night which is on April 30th. Walpurgis Night in Sweden is celebrated by lighting bonfires in attempts to chase away evil spirits and witches.

The Thursday before Walpurgis little girls dress up as witches and paint their faces, after which they go from house to house collecting candy. Since this falls close to Easter in many parts of Sweden girls go trick or treat during Easter, and people light bonfires to chase away Judas. The traditional meal on this evening is gravlax – fresh salmon marinated in salt, sugar and fresh dill.

In Czechoslovakia during Easter week it’s good luck to beat your wife or the girl you fancy with a pomlázka, or a braided whip. While this may sound strange It’s not meant in a demeaning way or as an insult, in fact pomlázka, means “make young.” The idea behind the tradition is that anyone hit with the whip will be healthy and happy during the upcoming year.

The tradition is believed to have originated with the spring blessing of the house which is common among all Orthodox Christians. This translated in using a whip or a single branch in order to lightly hit livestock or family members. Now the tradition is wide spread and you can even buy premade whips or special wooden spoons that can be used to hit your loved ones. 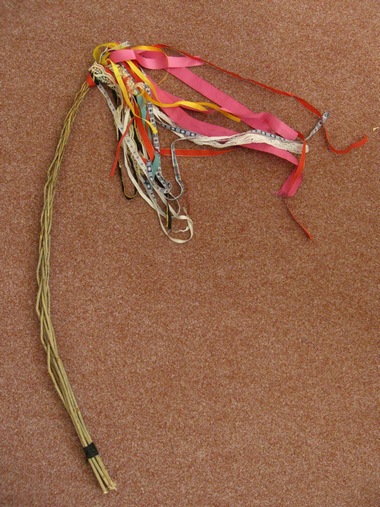 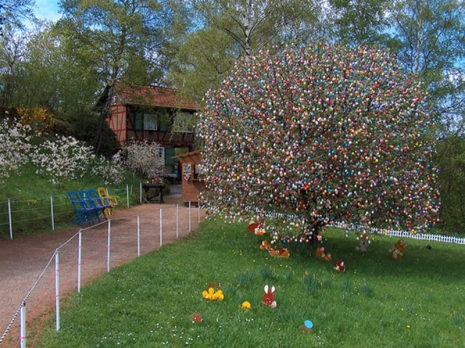 This tradition was started by a single family more than forty years ago. The Kraft family from Saalfeld, Germany started placing plastic eggs in a tree outside their house in 1965. The tradition has grown over the years from only a handful of plastic eggs to beautifully painted egg shells. The family even has an official site eierbaum-saalfeld.de.

While it looks odd, the tradition is enjoyed by the whole town and if we have a Christmas tree, why not have an Easter tree?

Baranek Wielkanocny is polish for butter lamb, which is exactly what it sounds like: a lamb conceived entirely out of butter. However, this is not just a decoration as people all around Poland actually consume the lamb on Easter.

The Lamb must always be present if a priest blesses the Easter meal and it should be consumed from the tail, leaving the head as last. Here is a recipe in case you want to have a heart attack on Easter:  capnrons.com 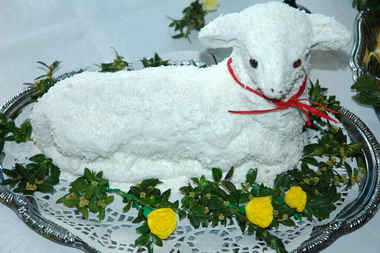