Getting trapped on a deserted island must be one of the most terrifying things that a person could ever experience. With no food, no shelter, and no help, it’s little wonder that many of the stranded are never found. But, then again, there are these nine specimens of superhuman-ness who didn’t just rise to the challenge; they grew to be the size of a 20-storey skyscraper and then curb stomped the challenge down.

The man who served as the inspiration for Robinson Crusoe, he abandoned ship because he didn’t trust its seaworthiness. However, once the asshole of a captain dropped Selkirk off on an uninhabited island off the coast of Chile, Selkirk (in what must be the biggest understatement of the century) “promptly regretted his decision”. He built two homes on the island, but unfortunately rats would attack him at night. Selkirk solved his problem like any rational human being: he trained an army of cats to defend himself. Despite crippling loneliness, when Spanish sailors showed up on the island, rather than seek their help, Selkirk hid from them out of fear of being killed. Imagine being stuck on an island for years and then finally spotting a ship coming to your aid, only to realize that the ship was trying to kill you. 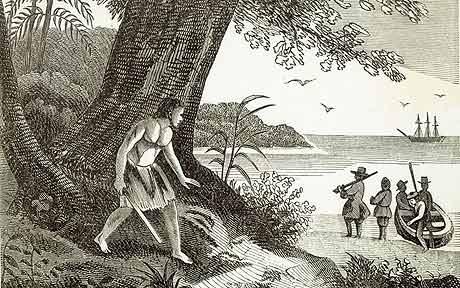 At one point, Selkirk was hiding in a tree that one of the Spanish sailors was pissing on. However, this is still not his most badass feat. One day while hunting (with his bare hands, naturally), Selkirk and his prey took a tumble off of a cliff. The only reason he survived? He used the animal to cushion his fall. Selkirk lived on the island for four years before being rescued.

While sailing back and forth across the Atlantic, Callahan’s boat was hit by bad weather. He quickly repaired his ship but it was sunk for good when it was hit by a motherfucking whale. Callahan quickly abandoned ship into a life raft where he survived for 76 days despite sharks, his raft being punctured (by sharks), and being trapped on a fucking raft. By sharks. 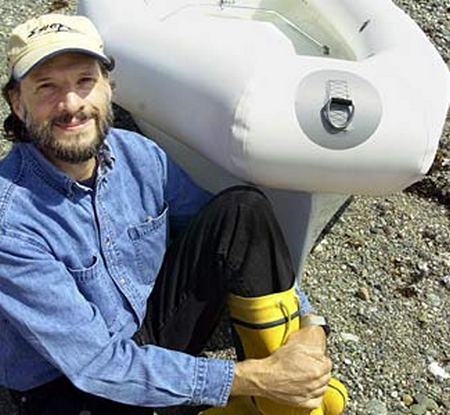 He caught fish and birds for food and maguyvered solar stills to collect rain water. When he was rescued, Callahan was rushed to the hospital because he had lost 1/3rd of his weight. However, he left hospital after only a few hours because he wanted to go hitchhiking on boats.

For reasons that have yet to be explained, he marooned himself on the island of Anchorage within the Suwarro atoll; however, proving he wasn’t completely useless as this, he managed to build everything he needed from scratch including his home, a garden, a freaking tower from which to hunt pigs because they were eating his garden, and a pier which took him six months to build. The day after he finished the pier, he took a well-earned break. God punished this laziness by sending a storm the next day to destroy it. 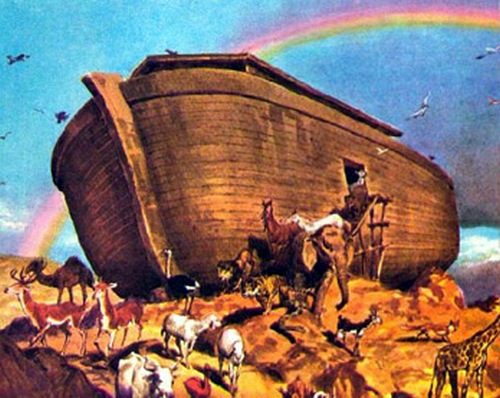 And we always thought of God as a big DIY fan…

Now if you’re thinking that he half-assed these projects, that is certainly not the case. His home was big enough to house two other castaways when they got stuck on the island. During his life, Neale spent 16 years on the island and only left twice. The first time was because he threw out his back and was semi-paralyzed. He lay in bed for four days, before luckily some stray sailors found his house and rescued him. The second time was because a group of pearl hunters was encroaching on his island. Knowing Neale, we’re surprised he didn’t just build a hunting tower to straight up murder their asses.

He was a fisherman who was captured by pirates of the coast of Nova Scotia. After being held by the pirates for over a year, he escaped while on Rotan Island and hid from the pirates until they gave up looking for him. He survived an additional 16 months despite extreme heat, insects, alligators, and having no supplies. However, the last problem was solved when a mysterious English man showed up on the island, gave Ashton a knife, some gunpowder, and some tobacco and then disappeared forever. 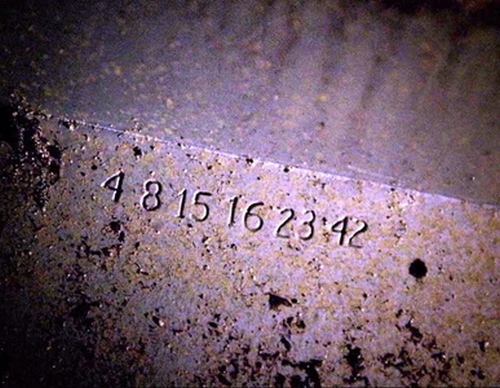 He also mentioned finding some sort of hatch

For siding with an Indian rebellion against the imperialist Portuguese, Lopez had his nose, ears, right arm, and three fingers cut off. As well as his beard! He was then run into the jungle where he lived isolated for 12 years despite having no supplies and almost the same amount of appendages. Once the man who had exiled him died, Lopez decided to return to civilization. Oh wait, we meant he went to the then uninhabited island of Saint Helen for 10 years. 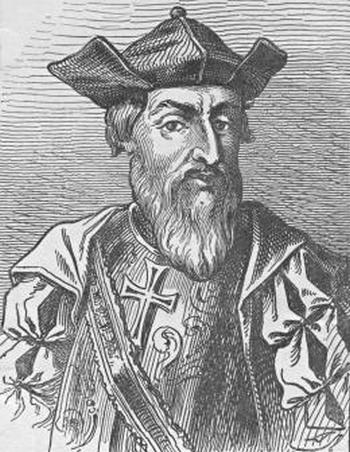 Lopez’s only supplies on the island were a tinder box and a pan and his only companion was a chicken he saved from drowning. Lopez lived in a grotto and the only reason he left the island was because he hadn’t seen his family in over 22 years. However, after a while, he left them and returned to his island and his chicken where he spent the last 20 years of his life.

Blackjack was an Inuit woman who took a job as a cook on an exhibition to northern Siberia in order to pay for her son’s tuberculosis treatment.Unfortunately, since she’s on this list, things didn’t go swimmingly. After their ship crashed, the crew got stranded on an uninhabited island. After stretching their six months of rations to eight months, the rest of the crew went in search of more food while Ada hung out with the final crew member who had succumbed to scurvy. Blackjack hunted game for food and survived alone in the harsh, boring Siberian weather for another 16 months. 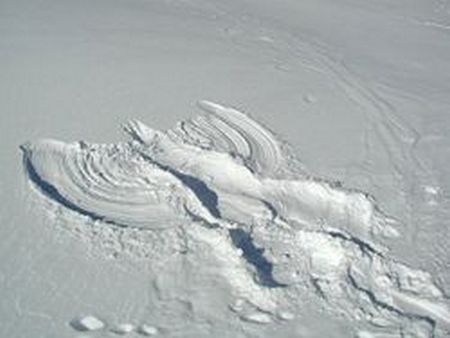 On the other hand though…

After being rescued, Blackjack used the several hundred dollars she saved from her job to pay for her son’s treatment. And it’s a good thing she saved her money, because she got shit all from the several best-selling books that were written about her.

In 1541, this French noblewoman was marooned on an island called the “Isle of Demons” after fooling around with a “young man” on her boat. She was also stuck on the island with her lover and maidservant. With little to do and no pharmacy in sight, Marguerite eventually became pregnant. Unfortunately her baby, her lover, and her maidservant eventually all died. Nevertheless, Marguerite was able to survive on the “Isle of Demons” for a solid two years by hunting wild animals until she was eventually rescued by fishermen and brought home, where she became a celebrity. 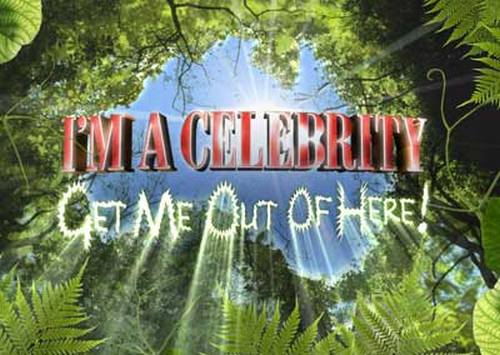 Nowadays, that story only tends happens in reverse though

The last survivor of the Bounty mutineers who settled on Pitcairn Island, were they subsequently burned their own ship down. The mutineers subsequently freaked out and started drinking/infecting/murdering each other to death. By 1799, John Adams, Ned Young, and Matthew Quintal were the last ones alive until Adams and Young got Quintal drunk and killed him with a hatchet. 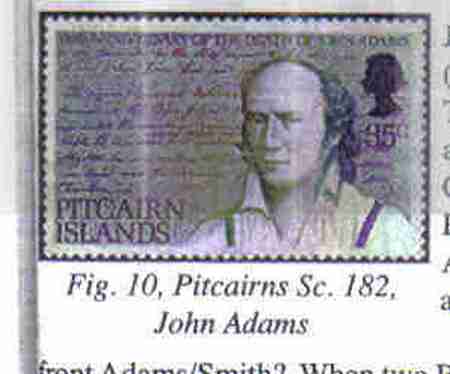 Adams and Young then found God by turning to the ship’s Bible, which they used to teach English to the children they fathered with some of the local women. The island was eventually rediscovered in 1808, Adams given amnesty for his crimes, and a city was named after the dude.

Russian hunters searching for Otter pelts came into conflict with an Indian tribe living on San Nicolas Island of the coast of California. A series of bloody battles diminished the population of the island to around just twenty people. Hearing this, the Santa Barbara Mission decided to send a ship over to help these few remaining people re-locate to the mainland, however, they managed to leave one woman behind. Her name was Juan Maria and although it didn’t take long for them to realize she had been left behind, due to a series of mishaps, the ship couldn’t return. 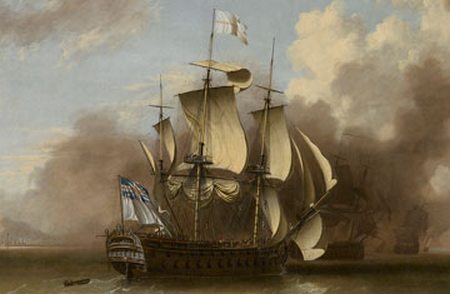 She spent 18 years on the island all alone despite further attempts to track her down. Finally, some footprints were found on the beach and traced back to the makeshift shelter she had constructed out of whale bones. They took her back to Santa Barbara only to rather annoyingly find that no-one could understand what she was saying. Despite this, accounts say she had a lot of fun on the mainland with all the horses and European-style clothing, and passed away peacefully seven weeks later.