Picture yourself walking down a pitch black alley on a cold and wet evening. The smell of garbage is in the air and you are traveling in one of the most dangerous areas of town. A loud noise is heard and an individual emerges from the dark. You turn to find yourself face-to-face with a man. Not just any man, but someone who has the intention of causing you bodily harm.

This is a situation that most people want to avoid. And of the individuals you could possibly run in to, we’ll be counting down nine of the worst. Oh, and if you were looking for a little reassurance: they all remain at large and their whereabouts aren’t known. 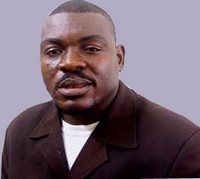 Joshua Blahyi or General Butt Naked is a former Liberian warlord. In 1989, the First Liberian Civil War began and Blahyi became a commander on the side of Roosevelt Johnson. During the war, Blahyi led his troops into battle wearing only shoes and his gun. For this reason he was given the name General Butt Naked. Joshua Blahyi claims to have been visited by the devil and routinely practiced satanic rituals. During the First Liberian Civil War he was a dangerous and brutally violent individual. There are some shocking quotes attributed to General Butt Naked. He would routinely sacrifice a human victim before entering into battle. “Usually it was a small child, someone whose fresh blood would satisfy the devil.” and “Sometimes I would enter under the water where children were playing. I would dive under the water, grab one, carry him under and break his neck. Sometimes I’d cause accidents. Sometimes I’d just slaughter them.” 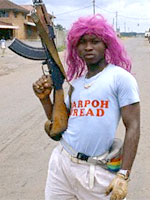 Joshua Blahyi claimed to a South African Star reporter that from the age of 11 to 25 he took part in monthly human sacrifices. Joshua Blahyi described his typical battle, “So, before leading my troops into battle, we would get drunk and drugged up, sacrifice a local teenager, drink their blood, then strip down to our shoes and go into battle wearing colorful wigs and carrying dainty purses we’d looted from civilians. We’d slaughter anyone we saw, chop their heads off and use them as soccer balls. We were nude, fearless, drunk, and homicidal. We killed hundreds of people, so many I lost count.” Blahyi claimed to be invisible during war. He led many teenagers into battle and his army often times fought in women’s clothing. Blahyi’s rampage ended in 1996, when the civil war in Liberia passed. Today, Joshua Blahyi is living in Liberia as a preacher. He is married to a pastor and has three children.

Semion Mogilevich is a Ukrainian crime boss and one of the most dangerous people in the world. He is thought to be the “boss of bosses” for most Russian mob syndicates. Mogilevich has gained the nickname “The Brainy Don” because he earned a degree in economics from Lviv University. Mogilevich allegedly controls a company that transports natural gas named RosUkrEnergo. The company is involved with a dispute in Russia, which has directly affected natural gas output in Europe. Russia provides a quarter of the natural gas used in the European Union.

You really don’t want to mess with Semion Mogilevich or any of his friends. During the 1980s, Mogilevich made millions of dollars by deceiving and stealing from Ukrainian and Russian Jews who were immigrating to Israel. Today, it is thought that Mogilevich runs an extensive empire consisting of prostitution, weapons smuggling, drug activities, and strong arm tactics. Like all organized crime groups, a large portion of money is made over the Internet and by identity theft organizations. 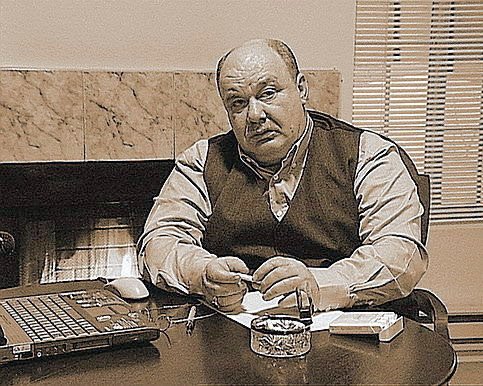 In 1994, Mogilevich’s business group obtained control over Inkombank, one of the largest private banks in Russia. The bank collapsed in 1998 under suspicions of money laundering, but in 1996 Mogilevich purchased a significant share in Sukhoi, a large military aircraft manufacturer. In 2009, Semion Mogilevich was placed on the FBIs Ten Most Wanted List. He is probably the most powerful Russian mobster alive today. 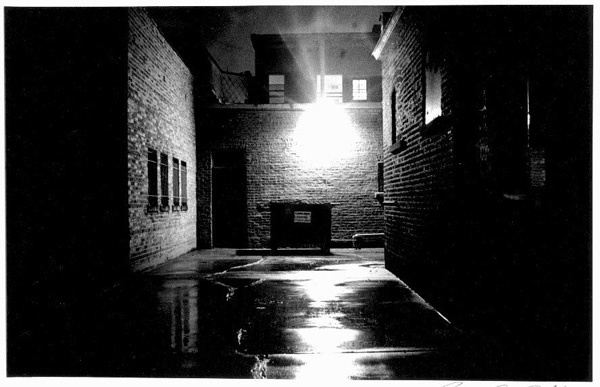 Matteo Messina Denaro or “Diabolik” is a Sicilian Mafioso boss and the most wanted man in Italy. In 2006, the current leader of the Cosa Nostra, a man named Bernardo Provenzano, was arrested. He was taken into custody on the same day that Romano Prodi became the Italian Prime Minister. Many high ranking gangsters were listed as possible successors to Provenzano as the Capo di tutti capi of the Sicilian Mafia. Some of these men included Salvatore Lo Piccolo, Domenico Raccuglia, and Matteo Messina Denaro. In 2007, Salvatore Lo Piccolo was arrested and two years later Raccuglia was captured near Trapani. This leaves Matteo Messina Denaro as the probable leader of the Sicilian Mafia. 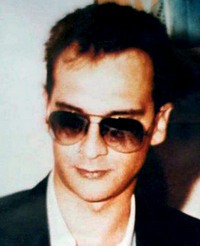 Messina Denaro has the public image of a playboy and womanizer. During the early 1990s, Denaro was often times seen in Porsche sports cars and wearing clothing from Giorgio Armani and Versace. Don’t take this behavior as a weakness, because Messina Denaro is a ruthless killer and Mafioso leader. During his early years in the mob, Messina Denaro was a hit man. He is estimated to have killed at least 50 people. Denaro once bragged, “I filled a cemetery all by myself.” He became widely known in the underworld when he murdered rival boss Vincenzo Milazzo.

Messina Denaro makes his money through an extortion racket that forces businesses to pay a pizzo (protection money). He is also active in the international drug trade and involved with skimming off public construction contracts. In 1993, the Sicilian Mafia organized a strategy to attempt to make the Italian state retreat. They conducted a series of bombings in Italy. Messina Denaro was at the front of the terrorist activity and has been wanted by the Italian government since. On April 12, 2001, the magazine L’Espresso put Denaro on the cover with the headline, Ecco il nuovo capo della mafia (Here is the new boss of the Mafia). Since 2008, the Italian government has seized approximately 1.4 billion Euros from public businesses associated with the Italian mafia. 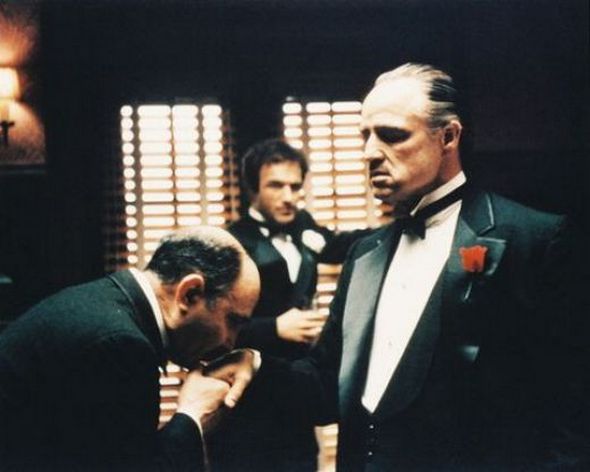 Joseph Kony is a Ugandan man that is the head of the Lord’s Resistance Army (LRA). The LRA is a sectarian Christian militant group that is based in northern Uganda. The group is currently engaged in an armed rebellion against the Ugandan government. The resistance has become one of Africa’s longest-running conflicts. The followers of Joseph Kony believe that he is the “spokesman” of God and a spiritual medium. The LRA are a violent group and have gained a reputation for horrible crimes against the citizens of northern Uganda. Since the rebellion began in 1986, over 1.6 million people have been forced to leave the area. 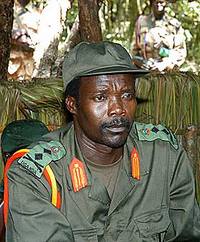 Joseph Kony has ordered the abduction of over 30,000 children during his reign as leader of the LRA. He likes to kidnap children, so he can brain wash them into following the ideals of the Lord’s Resistance Army. The army is full of teenage soldiers. Kony has proclaimed that if an LRA soldier paints a cross on their chest then they will be protected from bullets. He also insists that he is fighting for the Ten Commandments. In 2005, an arrest warrant was issued for Joseph Kony and other LRA leaders. His warrant includes 33 charges: 12 counts of crimes against humanity and another 21 counts of war crimes. The Ugandan government is attempting to track down and kill Joseph Kony. He has been seen in remote areas of the Central African Republic, the Sudan and the Democratic Republic of the Congo.

Heriberto Lazcano is the current leader of the Mexican drug cartel Los Zetas. Los Zetas is a criminal organization in Mexico that is involved with drug smuggling and other organized crime activities. In the early 1990s, an elite group of assassins from the Mexican Army were recruited by the Gulf Cartel to kill rival gang members. The assassin group became known as the Los Zetas and they were extremely effective in controlling Gulf Cartel turf. In 2003, the Los Zetas received permission from the Gulf Cartel and the Beltrán-Leyva Cartel to engage in their own drug shipments. 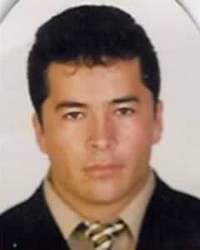 The Los Zetas are thought to employ many corrupt ex-federal, state, and local police officers, as well as ex-Kaibiles from Guatemala. One of the original thirty assassins recruited by the Gulf Cartel was a man named Heriberto Lazcano. Lazcano was originally appointed third in command, but after the death of Arturo Guzmán Decena and Rogelio González Pizaña, he became the leader of the Los Zetas. Another individual that we wouldn’t want to meet in a dark alley is Miguel Treviño Morales, who is currently commander of Los Zetas and right hand man to Lazcano. In February of 2010, Heriberto Lazcano decided that he didn’t want to be affiliated with the Gulf Cartel any longer and a violent gang war erupted. This has made the Mexican city of Reynosa an extremely dangerous place to be.

The U.S. government considers the Los Zetas the most violent enforcement group in Mexico and they have been reported to kidnap tourists for ransom. Los Zetas have expanded their operations to Italy with the ‘Ndrangheta. Members of the cartel approach life as if they are in a war, using body armor, ballistic helmets, and their arsenal includes AR-15 and AK-47 rifles, MP5 submachine guns, grenade launchers, surface-to-air missiles, dynamite and helicopters. Lazcano is an international criminal and the United States is offering a $5 million bounty for his arrest, while the Mexican government will also give $2 million for details leading to the capture of Heriberto Lazcano. 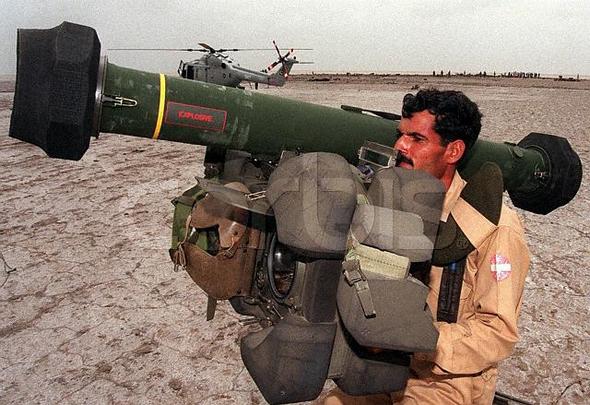