Movie intros are a key part of the viewing experience. They’re even more important then the massive handfuls of popcorn you cram into your mouth or a gum-free seat. A clever or unique movie introduction can instantly get you hooked. A cool enough opening may even get you pumped for a film that you were barely looking forward to watching. 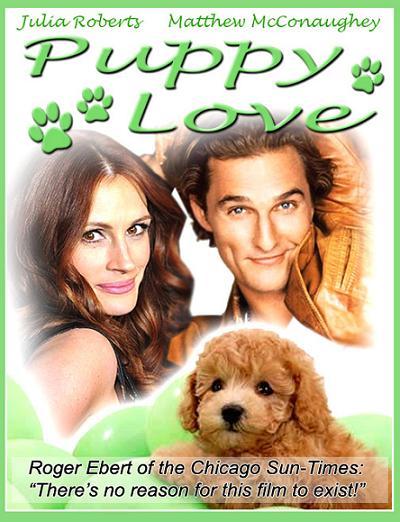 A movie like this would require an intro with gratuitous nudity, robot samurais and three exploding Deathstars to keep our attention.

The following nine movie introductions are some of our favorites. For the purposes of not restricting ourselves to death we’ll be blurring the lines between opening scenes and title sequences as we see fit. We here at Weirdworm are rebels that know no bounds. 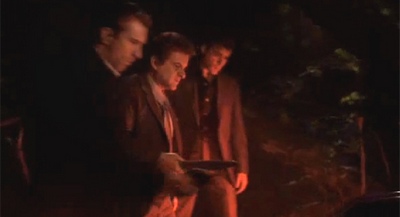 First time viewers knew they were in for a bloody ride when Scorcese’s classic gangster film Goodfellas opened cold with a vintage Pesci/De Niro murder. Clearly this film wasn’t going to pull punches regarding the violent mobster lifestyle. What makes the opening truly effective is that it’s essentially a slice of the story from the middle portion of the movie. Once the credits are through we immediately flash back to younger versions of the main characters and gradually work our way toward the opening segment. This nonlinear introductory technique has been used in countless other films. However the practice was made famous in our next entry which took the traditional notion of narrative structure and made it into its bitch. 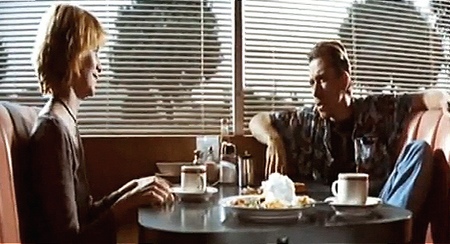 Quentin Tarantino is well known for his use of nonlinear storytelling. He’s also known for his foot fetish but we’ll ignore that since it has absolutely nothing to do with this topic. Plus, it’s already been mentioned 850 trillion times online and is well documented. 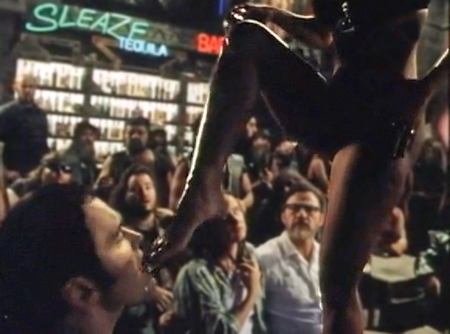 Pulp Fiction is a flawless model of the nonlinear technique. Much like plenty of other Tarantino’s flicks the plot unfolds out of chronological sequence. Pulp Fiction’s intro makes excellent use of this practice. The film begins with Tim Roth and Amanda Plummer coolly conversing and eventually holding up a diner. As one youtube commenter points out at the 3:00 mark you can hear Jules (Samuel L. Jackson) speaking to Vincent (John Travolta) as background chatter. Also around 3:20, you can see Vincent walking to the bathroom. Later in the film these key moments are shown from those characters perspectives and the juxtaposition hits the viewer like a sledgehammer comprised of 100% awesome.

Catch Me If You Can 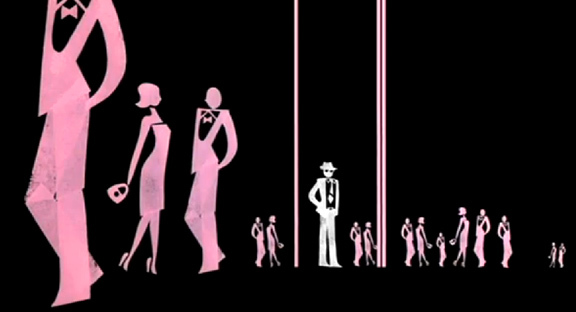 Olivier Kuntzel and Florence Deygas are the dynamic duo of visual artists who created the kick-ass title sequence for our next entry. Kuntzel and Deygas’s memorable animated opening to Steven Spielberg’s Catch Me if You Can, established the tone, style and era for the DiCaprio/Hanks thriller. The superbly animated scene depicts the career of the world’s most infamous con artist, Frank Abagnale junior. John Williams returns to his jazz roots for this particular collaboration and offers an accompanying score which fits like a glove. As the stylized characters sprint through familiar environments from the film, Williams’ minimalist melody comprised of staccato strings, alto saxophone riffs, xylophones and offbeat woodwinds bops along. 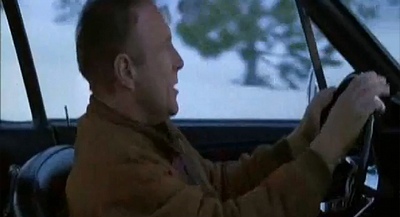 The horror classic Misery may have earned Kathy Bates an Academy Award for Best Actress but it also gave us material to write about for this section. For that we are eternally grateful to Stephen King. 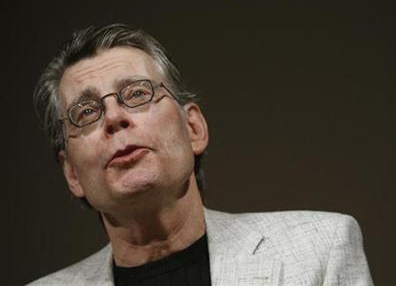 Thanks Stephen! You are a true fountain of freaky nightmares.

The opening sequence of Misery masterfully takes the viewer on a brisk emotional rollercoaster which nicely sets up the film. When we are introduced to author Paul Sheldon, (James Caan) he has just completed his novel and is blissfully driving home while listening to “Shotgun” by Junior Walker & The All-stars. But things go from good to bad to completely f**ked when his car and the weather become his worst enemy. He ends up left for dead and ultimately at the mercy of a demented “fan”. Another lamer version of this movie might have spent 30 minutes setting up this back-story. Fortunately in this case Hollywood got it right. 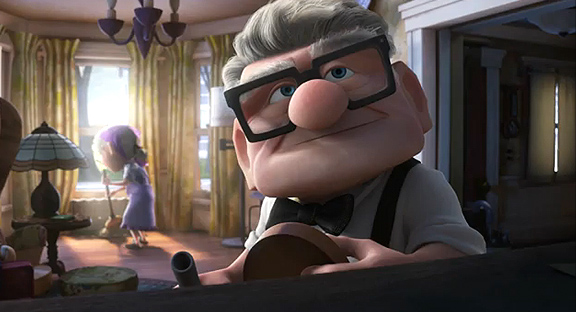 Unless your heart is made of stone (or whatever it is Dick Cheney’s is made of) there’s no way to watch this intro from the Pixar’s Up, without crying like a child. It takes the viewer through the highs and lows across the lifetime of a couple in love. Chances are it’s the scene you’ll most remember from the earliest portion of the film. Please note; we weren’t serious about that crying thing from earlier. Weirdworm’s male writers are actually experts in guerrilla warfare. We’re the best with guns, with knives and with our bare hands. We’ve been trained to ignore pain, ignore weather, to live off the land and to eat things that would make a billy goat puke. Nothing makes us cry. 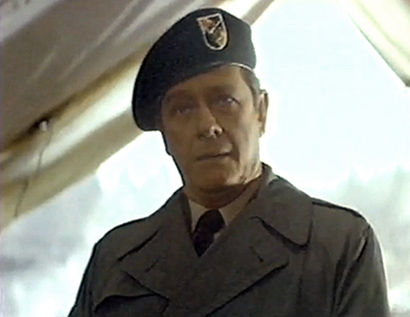 Needless to say, our editor Colonel Sam Trautman, will vouch for us. [Ed – Yes he does. 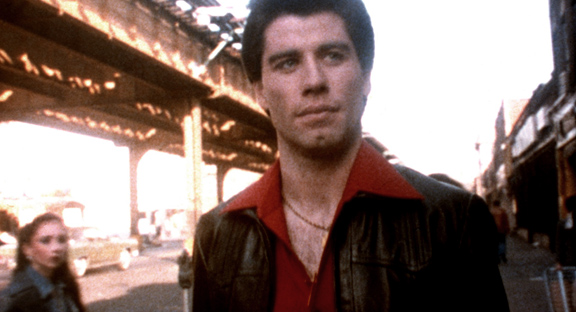 This classic introduction is from the 1977 movie Saturday Night Fever. The movie stars Travolta in his prime as the skirt-chasing, disco dancing, Italian guy (aptly named Tony) from Bay Ridge, Brooklyn. This is the scene your mom watches once a week to reinvigorate her loins. The Bee Gees’ classic track, “Stayin’ Alive” carries the opening sequence and is likely familiar to those who haven’t seen the movie as it’s been spoofed numerous times. Our favorite instance is Bart’s strut from The Simpsons. 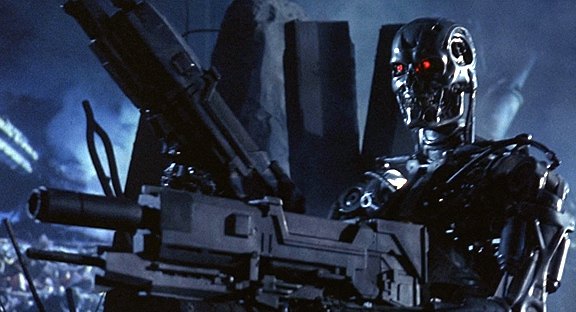 We’d have to turn in our geek cards if we failed to mention James Cameron’s sci-fi blockbuster Terminator 2. This bleak opening scene grabbed viewers by the balls and didn’t let go until Arnold Schwarzenegger gave the thumbs up to do so. 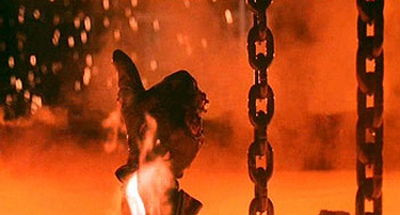 Like many of the opening sequences on our list this introduction succinctly establishes vital back story (or perhaps future story?) and tosses the viewer face first into the action. The intro also tonally sets up the film as a no-win situation since the horrifying apocalyptic future is revealed instantly. Nuclear holocaust and killer cyborgs may seem like a huge a downer but by 90’s teenager standards that was a fairly accurate interpretation of their “angst”. 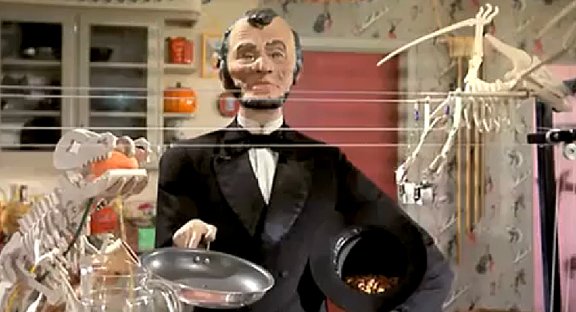 Here at Weirdworm we’re quick to use any opportunity to talk about this flick. C’mon, it’s a timeless Tim Burton movie (pre goth/Depp everything) about an eccentric man-child who embarks on an epic adventure in search of his stolen bike. The pure insanity this movie serves up is merely hinted at in the elaborate “Breakfast Machine” intro. Nothing about this movie makes an ounce of sense. That’s the fun of it. Pee-Wee’s ridiculously intricate breakfast machine could just as easily be replaced by a half robot chimp serving Pee-Wee scrambled eggs with Mr. T. cereal and it would work just as well. The score was created by Danny Elfman, a well known composer, who was also behind the music for Burton’s Batman, The Corpse Bride and Mars Attacks! 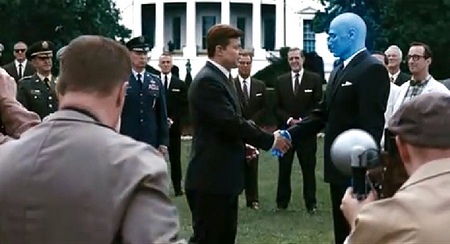 Zach Snyder’s comic adaptation, Watchmen which is based on Alan Moore’s classic series, is one of those love it or hate it type movies. However one thing fans agree on is the opening title sequence backed by Bob Dylan’s “The Times They Are A-Changin” kicks all kinds of ass. The sequence seamlessly ties into the back story and serves as a cool introduction to the alternate (superhero filled) history of the world we’re about jump into. In the interest of being thorough the true intro to the movie which features a brutal battle fought to the tune of “Unforgettable” by Nat King Cole is also fairly awesome.

For the record we know the Bond movies and many other films also featured great intros so feel free to angrily let us know which ones we missed.