Home Mysteries Other 9 Mythical Monsters That Will Haunt Your Dreams

Everyone knows vampires, werewolves, and zombies. Those are so ingrained in popular culture at this point that they just aren’t particularly scary anymore, for a variety of reasons. After all, it’s hard to be afraid of a monster that sparkles.

But there are still a bunch of creatures out there you’ve probably never even heard of that you will be glad to realize don’t exist. That is unless you like wearing soiled underwear.

Let’s be honest here, you’re almost never more vulnerable than you are when you’re sitting on the toilet, just trying to take a relaxing dump. Unfortunately for you, if you’re in Japan when you’re dropping that deuce, you may find yourself the victim of the Aka Manto.

The Aka Manto waits until you’re in a bathroom stall in a public restroom and asks you one simple question, which essentially boils down to “red or blue?” Choose red, and he’ll flay you alive. Choose blue, and he’ll strangle you. If you pick any color other than red or blue, you’re doomed to an eternity in hell. Have fun visiting a public bathroom on your next trip to Japan!

In the Czech Republic, you might find yourself near a body of water and see a guy dressed like a hobo playing cards near the shore. If this happens, you should really consider steering clear because he may be a Vodnik. This ghoul looks like your run of the mill homeless guy, but he’s a fearsome creature who will drag victims to the bottom of a pond or a lake, stealing the victim’s soul and storing it in a cup.

So while avoiding hobos, in general, is a good idea, it’s especially smart when you’re in the Czech Republic, and on top of that, you may want to avoid going for a swim in a lonely pond because you never know when a Vodnik is just waiting at the bottom, ever ready to kill an unsuspecting swimmer.

One of two creatures on our list hailing from the Philippines, the Manananggal is one of the creepiest and most horrifying monsters you could ever encounter if suddenly mythology sprang to life.

The monster is generally described as a female, though it’s believed to be a hermaphrodite, and has a nasty tendency to suck blood and devour human flesh. The Manananggal also has one of the most gruesome signature features of any mythological creature there is, in that it actually detaches its torso from its lower half in order to fly after its victims, its bloody entrails dangling all the while.

Of course, that also leaves it vulnerable to being defeated, as it’s believed that rubbing garlic or ash on the top of its lower half when the torso is detached will kill it.

The Strigoi exists in Romanian mythology, so it shouldn’t come as a surprise that it shares a few similarities with the vampire considering, you know, Romania is pretty much vampire central.

The Strigoi are described as the “troubled souls of the dead rising from the grave,” and just like its vampiric brethren, it drains its victims of all their blood. It also has the ability to turn invisible or shapeshift into the forms of various animals, the better to hunt and stalk you before brutally killing you late at night.

In the forests of Gambia, in West Africa, there’s the legend of a monster that resembles a large, bloodthirsty owl preying on victims of the villages in that rural area.

This is the Kikiyaon, which has hunted and tormented villagers for years and years, and is described as not only having the head of a huge owl but also massive, razor-sharp talons that it uses to rip apart unsuspecting victims who are unfortunate enough to cross its path.

Okay, now stop laughing at the name of this particular mythological monster. No, this has nothing to do with the actual Pope or any bizarre activities he may get up to, but actually refers to a waterway in Kentucky.

The Pope Lick Monster is reportedly a mix between a goat and a man and, yes, it’s believed he’s the spawn of a man who slept with a goat. The Pope Lick Monster mimics voices and uses hypnosis to entice its victims, before proceeding to either lure them in front of oncoming trains or brutally killing them with an axe.

Apparently, the Pope Lick Monster is also so horrifying that if you happen to be on the Pope Lick train trestle, the mere sight will cause you to leap to your death.

The Pontianak is a creature in Indonesian mythology that is kind of like a vampire crossed with a ghost.

The Pontianak preys on pregnant women and babies, as they are believed to be the spirits of women who were killed while pregnant themselves. They appear as pale, beautiful women in white dresses and draw their prey near them with fake baby cries.

When the unsuspecting human follows the sounds of the “baby” the Pontianak strikes, clawing into the stomachs of the victim and eating the insides. The Pontianak also attacks men by ripping off their sex organs. Sleep tight, guys!

The Bakhtak is a creature from Iranian mythology, and of all the monsters on this list, it’s the one that, if it actually existed, would actually, literally cause nightmares.

That’s because as legend states, Bakhtak comes to you at night and sits on your chest, its weight causing you to sleep paralysis and making you suffer horrific nightmares.

The Bakhtak is a relatively small, goblin-like monster that’s been used for ages to explain why people have nightmares in Iranian culture.

The Sigbin is part of Philippine culture and is a bizarre creature that walks backward with its head lowered down between its legs.

Yeah, it’s kind of a weird monster, to begin with, and while you’re busy laughing at how ridiculous it looks when it’s walking like that, it will proceed to suck your blood out of your shadow and generally tries to find children and harvest their hearts, which is, in turn, uses to make amulets.

Yeah, nothing creepy there. The Sigbin is said to look sort of like a hornless goat and claps its ears, and is thought to be related to the kangaroo. 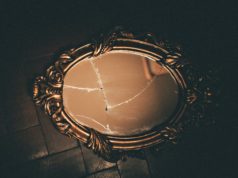