The actual numerical odds of a new invention catching on and becoming a success are so small that representing them with actual numbers is disingenuous. Still, people dare to dream, and as these nine patents demonstrate, said dreamers aren’t afraid of looking incredibly foolish while doing so.

For the person with literally no self-control comes the Anti-Eating Face Mask, or AEFM. Guaranteed to prevent the introduction of substances to the mouth (tee-hee!), this little device is sort of self-defeating when you think about it. If you feel so inclined to seal your mouth shut with a wacky mask then you probably have problems commanding your pie-hole under your own power. That said, there is literally nothing keeping this thing in place but your own desire to not eat, which is what brought you to the mask in the first place. If someone else has put this on you, run the hell away.

We’re not going to knock people who are afraid of killer bees, because anything with “killer” in the name is pretty much terrifying by virtue of the English language alone. The second you think “Oh, they’re just bees!” is the moment the swarm strikes, leaving you an agonized and bloated corpse praying for death. But death won’t come. 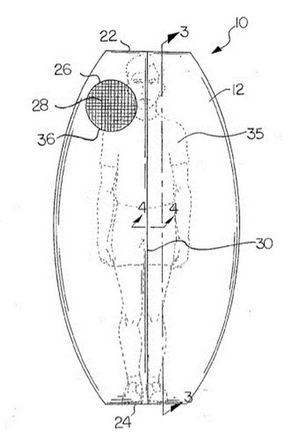 And while this fear is healthy, we can’t help but feel that sealing yourself inside what amounts to a large plastic bag is going to reduce that terror in any realistic measure. You can only wear this thing when bees are present (unless you don’t care how people perceive your sanity, in which case suit up), which means running into the nearest phone booth, presumably far away from the bee attack, and sealing this thing up. If you that afraid of the swarm, couldn’t you just keep running and ditch the giant plastic bag?

Fun fact: man-made pollution will someday turn our planet into a wasteland. Do you want to be one of the unfortunate few damned to roam this horrible wasteland? If so, grab your Greenhouse Helmet and wait for the imminent nuclear apocalypse in the underground bomb shelter we assume you have*.

This little number is worn over the head and actually has room for at least one plant to be placed inside, allowing for the wearer to breathe in only the purest of oxygen. While the practical uses of this are few and far between (when is it ever appropriate to wear a tree helmet?) it’s the perfect means to measure one’s loyalty within the environmentalist movement.

*Probably won’t make a difference in case of a nuclear attack. 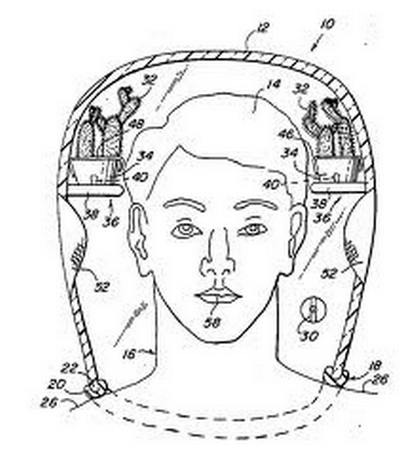 You would think something like a combination vest and hamster cage would have been invented back in the 1950s when no one really gave much thought to the concepts of animal abuse or shame, but this little ditty was patented in 1999. Is the idea of hitting the town while rodents frantically scramble across your torso in a feeble attempt to break free the product of Y2K madness?

Let’s be honest here: the conflict between man and fowl is fairly one sided. Man has firearms, trucks, sea craft, helicopters (for Alaskan hunting), walkie-talkies for group efforts and natural blood lust. Meanwhile, fowl have, uh, feathers, we guess.

Since we already have the edge over our tiny opponents, what does it say about your hunting ability when you need to dress as the grand goose wizard to lure your target into a false sense of security? If the standard camouflage didn’t work out for you, is infiltration really the next reasonable step to take?

For whatever reason, people simply do not trust the time-honored traditional exercises. We’ve tried everything from Ab Belts to Ab Rollers to get instant six-packs and, surprise surprise, it didn’t work at all. It’s entirely possible that during the late Nineties non-exercise mania that you missed the Exersuit, which only looks vaguely like the costume a Spider-Man villain would make fun of while serving out their prison sentences.

Essentially what you’ve got here is a series of tubes that run along your limbs. You breathe into this tubing nightmare to create resistance to every movement. Boom! Reasonable exercise! For the person who can’t be bothered to find the time to hop on a treadmill but cares so little about appearances that a social life is completely unnecessary to them. 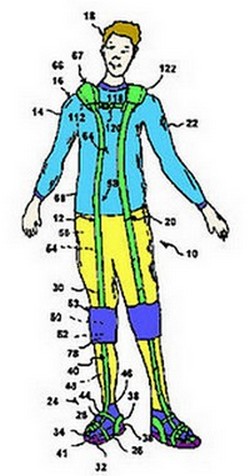 Subliminal messages have been touted by self-help enthusiasts to be the second coming of Christ. If there’s something you want to change about yourself you only need to trick yourself into believing that it’s true. While there may be some truth to this, we can’t help but feel that the subliminal glasses go about this in the worst way possible.

They function like a normal pair of glasses, so far so good. However, you’re supposed to place included graphics related to your goal on the lenses themselves, forcing you to see the visual cue whenever you wear said glasses. The inventor says that after a while you won’t even notice the graphics, but look at the above examples. How do you ignore a giant yellow smiley face? Do you just assume that everyone you meet has jaundice? 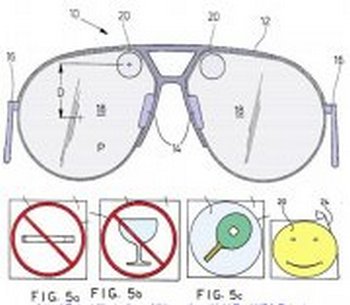 When does alcoholism become a problem? If the shattered relationships, speeding tickets, DUI’s and gaps in memory didn’t clue you in, the moment you wake up wearing the Keg Head should be the moment you look at your life and say “I’m a goddamned wreck.”

This booze hat is supposed to make you the life of the party as people flick around you for your sweet head liquor, but that doesn’t change the fact that you’re a jackass with a keg strapped to the top of your head. Seriously, people would need to already be drunk for that to seem like a solid fashion choice.

The insecurities we hold about our own physical appearances have been used against us by marketing types for decades, if not longer, so it’s no surprise that someone would think that taking a complex surgical procedure and leaving it in the hands of the ill-advised public would sell like shameless hotcakes. However, just look at this: there’s literally some sort of spider squeezing the thoughts out of your skull. Oh, and you glue it in place, too. Totally inconspicuous, that is. 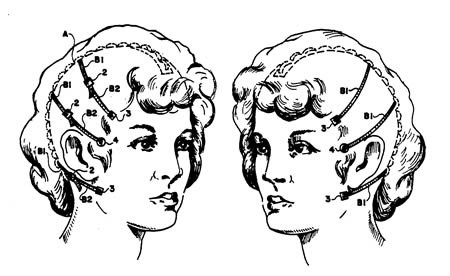