With a few odd exceptions, people love sex. Sex sells, people enjoy watching it, and more importantly, people enjoy having it. That’s because sex makes you feel good, and it turns out it makes you feel good in more ways than just the obvious. It turns out there are actually a lot of health benefits to good sex life, and real, live, legitimate scientists and doctors will gladly tell you that the more sex you have, the healthier you may find yourself.

8Sex is a Great Pain Reliever

Great news, guys! Do you know how women will often use a headache as an excuse to not have sex? Well, turns out that excuse doesn’t hold even a drop of water, because science itself has determined that sex is actually a great pain reliever. Specifically, orgasms help block pain, as hormones that are released during the act of sex act as pain blockers and relievers. But more than just headaches, back and leg pain can also be lessened for women through sex, and arthritic pain can also be improved by getting a little action. And ladies, during that time of the month, masturbation actually helps the pain that accompanies of menstrual cramps, so you don’t even need a partner to feel better.

Many people suffer from high blood pressure, but it turns out that an easy and fun way to lower your blood pressure is to engage in sexual intercourse. We’re talking specifically about sex here, and not masturbation, by the way. In any event, studies have shown that vaginal intercourse is a tremendous way to lower your blood pressure very rapidly. It’s believed this is due at least in part to the release of oxytocin into your body, which is a hormone that has been shown to reduce stress. Stress is often a key factor in high blood pressure, so it makes sense that increased production of oxytocin that comes from knocking boots would not only put you in a better mood but lower that blood pressure of yours as well.

For anyone who has ever been around prostate cancer, it’s an absolutely brutal thing to behold. Fortunately, there seems to be one very fun way to help lower a man’s risk, and that’s through having more sex. No less than the National Cancer Institute has determined that the more orgasms a man has, the less likely he is to have prostate cancer. That’s not just limited to sex, either, as any sort of orgasm – from wet dreams to masturbation – are included in this study. A study that tracked a large group of men over several years was able to determine that the men having the most sex were seeing their risk of prostate cancer drop by more than 30%.

Not all sex is terrific exercise, of course, but depending on how limber you are and the various kinds of positions you and your partner want to try, it can be tremendous cardiovascular exercise. Even the most boring styles of sex burn a lot of calories, with doctors suggesting that, at a minimum, 100 calories are torched during a quickie. Experiments have determined that sex can be qualified as a “moderate exercise,” burning roughly half of the calories per minute than jogging does. And obviously, it’s a lot more fun to have sex than to hop on the treadmill for half an hour, wouldn’t you say?

Now we know what you’re thinking, you pervert, and yes, obviously one of the ways that blood flow is increased during sex is when a guy gets aroused, and the blood starts pumping south. But in general, sex increases the blood flow in both men and women efficiently that fresh, healthier blood is produced and sent throughout your body to all of your organs, leading to waste being disposed of and keeping you more vigorous. Improved blood flow basically cleans you out on the inside, which will keep you more youthful for a longer period of time.

Okay, so it doesn’t improve everyone’s bladder control. This one is specifically for our women readers, as sex, believe it or not, actually improves a woman’s bladder control. Apparently, this all comes down to having what doctor types refer to as a “strong pelvic floor” and, as you may have been able to guess, sex is one particular activity that strengthens that particular area. So if you’re a lady worried about whether you’ll make it to the bathroom in time when you’re half asleep in the middle of the night, the answer is simple. Have more sex and you’ll be able to hold in that pee like a champion.

2Sex Does Wonders For Your Immune System

Everyone is well aware that in order to keep from getting sick, you need to eat right, get plenty of rest, and make sure you’re downing large doses of vitamin C. But somewhat amazingly, another tremendous boost to your immune system is having sex. For whatever reason, sex produces certain antibodies that your body needs to ward off viruses, and studies have shown that people having sex even once per week are going to have a healthier immune system than those who don’t have sex at all. So basically what we’re saying here is that it turns out sex is the cure for the common cold.

When you get to a certain age, you’re going to start worrying about heart attacks. That’s just the way things go, as heart conditions, diseases, and attacks are an all too common killer of men and women. For men, one of the ways to help prevent, or at least lower the risk of heart attacks is to engage in sexual activity a couple of times per week. In fact, having sex twice per week has been shown to lessen a man’s chance for heart-related trouble by nearly half, an absolutely staggering number. 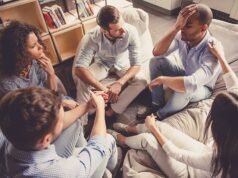 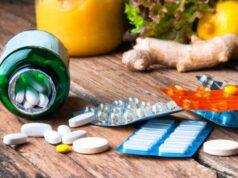 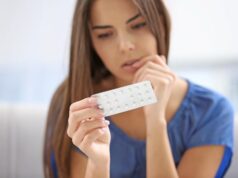