Home Entertainment 8 Sweet Perks of Being a Nerd

Nerds get a bad rap. If someone is too open about their love of sci-fi or video games, people will start to assume their mothers still pick their clothes for them or that they were the inspiration for the movie, The 40-Year Old Virgin. And while there is occasionally a distinct echo of reality to these stereotypes, there’s a lot more to nerddom than social awkwardness and acne. So the more nerdly of us here at Weird Worm felt it was our duty to inform the public of the many fine perks that come with being a nerd.

If there’s one thing nerds love more than sci-fi and fantasy, it’s talking about sci-fi and fantasy. If you know other nerds in your life, you will never be short of things to discuss—be it a new film adaptation of your favorite fantasy book, a new video game, or evergreen topics like which Star Trek captain is the best—and should you be unfortunate enough to not have any close nerd friends, you can always just hop onto an internet forum and dive into the countless epic nerd debates that rage on them 24/7. Because, really, whether Han shot first is a very important topic. 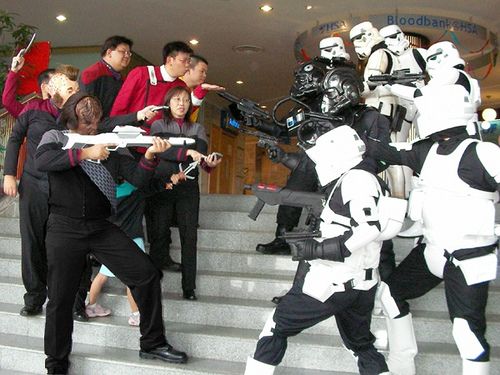 Of course, some of these discussions can get a tad heated.

Some people have dived into the realm of nerdery so deeply that they have actually taken to learning the language of their favorite fictional race or culture. Complete Klingon and Elvish languages do exist, with their own vocabulary, grammar, and syntax. But even if that’s too much for you, just a basic knowledge of nerd lingo gives you the ability to converse with other nerds in ways normal folk will never understand or appreciate.

Say you work with a fellow Trekkie. You can complain that your boss is a “p’taq,” and if said boss overhears, you can simply explain that p’taq is the Klingon word for “handsome and capable leader.” He’ll never know that it is, in fact, a vile insult.

And then there is the joy of the endless in-jokes and references one can make when among fellow nerds. There’s nothing quite like the moment when you refer to one of your appliances as a “fracking toaster,” and someone bursts out laughing because they get it.

Finally, it is widely known that you cannot properly appreciate Shakespeare unless you read it in the original Klingon. 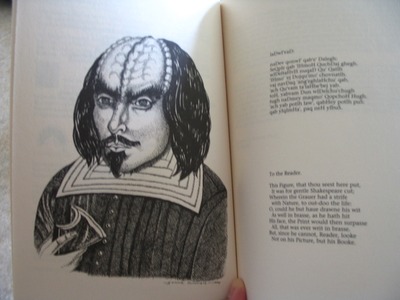 The cliche of all nerds living with their parents into adulthood is, of course, false, but for those unfortunate enough to fit the stereotype, keep in mind that your parents’ basement is much cheaper than a mortgage or rent in a good apartment building. And hey, they can’t live forever, right? 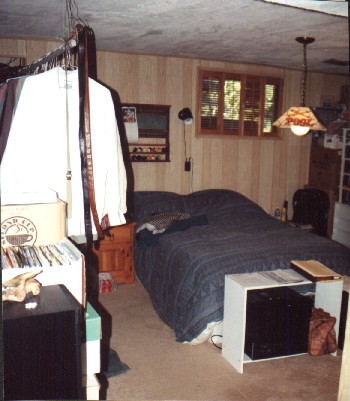 Okay, maybe this one isn’t so big of a perk.

If you thought that no nerd women were attractive or that the people who dress up at sci-fi conventions were all middle-aged men with bellies straining at the buttons of their Starfleet uniforms, guess again. Both of these stereotypes are simultaneously and tantalizingly shattered by many of the female cosplayers you find around conventions

From the old classics like Wonder Woman and Princess Leia to more modern characters like Miranda Lawson of the Mass Effect series of video games, there are many popular costumes that are as skimpy as they are nerdly. It’s hard to say what’s more awesome about these women; that you can admire their “costume” and ask for their picture without seeming like a complete pervert, or that telling them about your comic book collection may actually be a viable pick-up strategy.

It’s likely that there also plenty of handsome men dressing up as Conan the Barbarian, King Leonidas, or something equally revealing, but us guys are usually too busy looking for the ladies of X-Men, so we can’t say for certain. 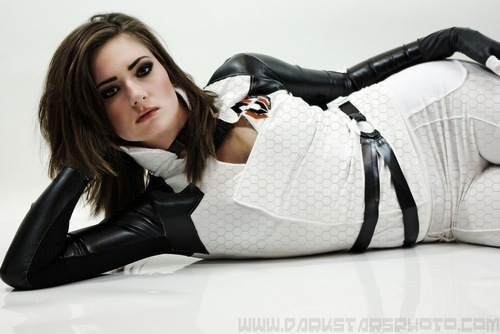 Spending much of their time indoors at the computer or reading comics, nerds develop a healthy pallor and enjoy virtual immunity to sunburns, skin cancer, and other hazards of the so-called “real” world. They also enjoy unusually low rates of sexually transmitted diseases. 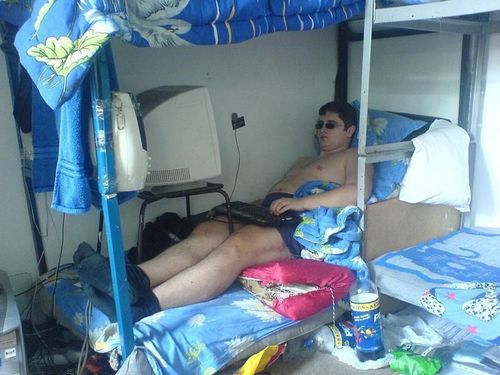 He’ll have the last laugh during the melanoma screenings. You just wait.

Incidentally, this is also a good argument for not giving nerds too much grief. Some of the more serious collectors make sure their weapons are kept sharp and functional for that extra touch of authenticity… 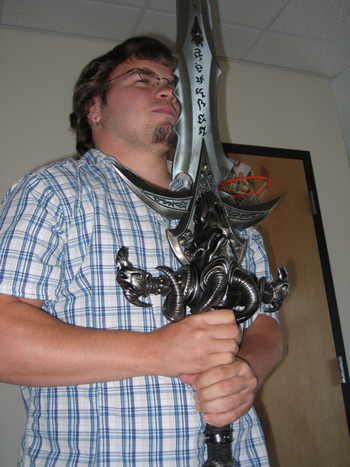 “Who you calling a loser, huh?”

Anyone with a significant amount of experience with video games has felt the thrill that comes from besting an opponent in the virtual world. But if one truly wishes to dominate in video games, one must give way to one’s inner nerd and spend hours at play on their console or computer.

However, if you think that such pursuits are a waste of time, think again. Recent years have seen the rise of video games as “e-sports” with their own professional leagues. Yup, you heard that right; there are now people who play video games for a living.

This phenomenon has probably reached its peak with the Starcraft franchise of real-time strategy games, whose players can achieve rock star status in South Korea by competing in pro leagues such as the Global Starcraft II League. 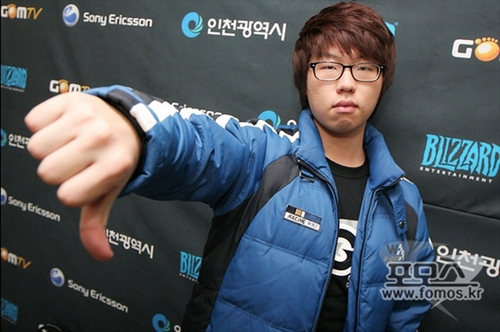 This is oGsMC, one of the greatest Starcraft players of our time. He is a god in Korea. Seriously.

Face it, they do. Steve Jobs? Nerd. Bill Gates? Big time nerd. Jerry Seinfeld? Neeeeerd! Richard Branson is such a giant nerd he literally built his own spaceship and named it the Enterprise. Aside from the nerdliness, you may notice certain commonalities among these men: they’ve all had had a major impact on our society and culture, and they’re all filthy %@&#ing rich.

The rise of personal gadgets, The Big Bing Bang Theory, and “geek chique” is just the beginning of the nerds’ rise. Perhaps soon they will influence all aspects of life, and those who aren’t well-versed in Star Wars lore or skilled in video games will be considered the odd ones.

Nerds’ power grows with every passing day, with every Microsoft update downloaded, and with every iPod sold. It would be wise to get in on the ground floor now before non-nerds are nothing more than slaves in their underground action figure mines. 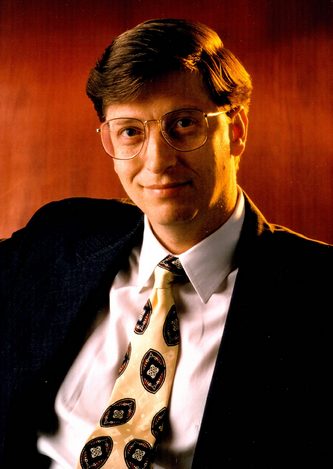 Bow to your master.