You can buy pretty much anything from a vending machine now. It’s just a sign of the modern age. However, there are some things you probably shouldn’t buy from. Machines like…

The One That You Have To Tackle For Beer

We all know Argentina is a strange country. No, actually, that’s not true at all because no-one knows a shitting thing about the country apart from the fact that it was the setting for Evita. Well, we can prove it with this vending machine. Which you have to rugby tackle to get anything out of. 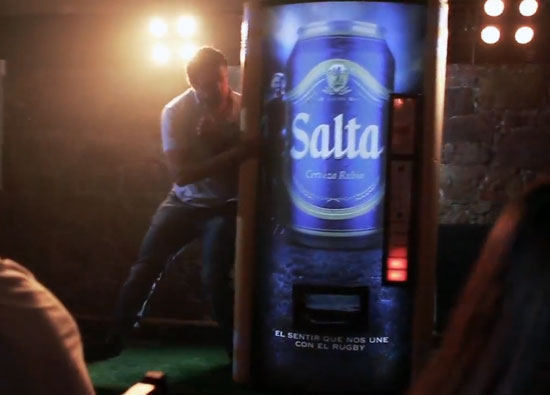 Oh, and it sells beer. Which, to be honest, sounds like a hugely bad idea thanks to the fact that we’re teaching idiots to rugby tackle objects in exchange for beer, like those mice from that psychology experiment that learnt to step on a pedal to get a food pellet.

The One That Sells Life Insurance

What’s the one thing you don’t want to see before getting on an aeroplane? Your pilot getting drunk in the airport bar? The windows of the cockpit being stuck on with duct tape? Or a vending machine in the airport which sells life insurance policies? Well, if you ever flew out of an airport in the 1980’s, the latter was a thing you could actually buy. 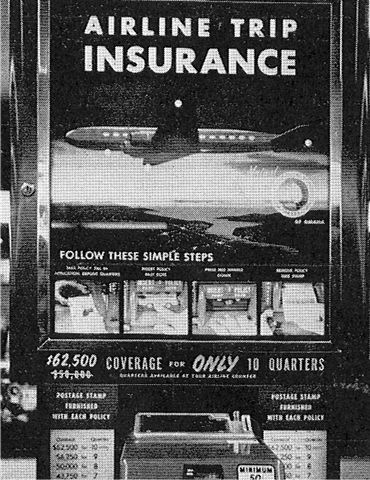 To be honest, if we saw this we’d run away screaming and wouldn’t, as we presume many did, carry on with their flight. Shit like that doesn’t build confidence.

The One Which Sells Used Panties

Sadly, and we apologise greatly for this, there are a lot of misconceptions surrounding life in Japan, but it’s a sad fact of life that they actually do have these. We Westerners don’t make all this shit up for our amusement sometimes: occasionally, truth is stranger than fiction and the comedy and awfulness just writes itself. 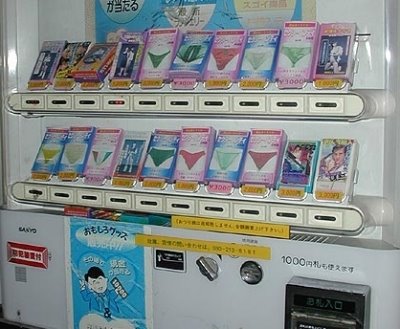 We don’t think we need to write any more about these. Or want to, when you consider that these panties mainly come from young girls. If you didn’t shudder then, you’re either a sociopath or an anime fan.

The One That Sells Live Lobster

What better way could you think to combine the brutality of eating a lobster with the classiness of a vending machine? Simple! Invent a crane game where, instead of a cuddly toy, you have to catch a live goddamn lobster. 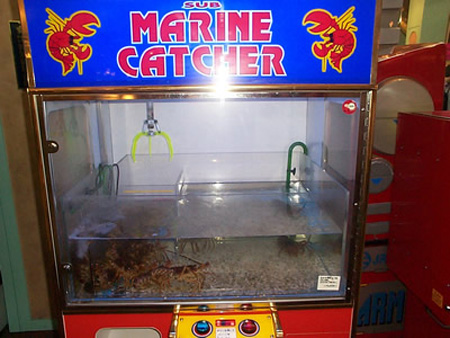 Personally, we hope that as soon as they pop down the chute, they snap the fingers off anybody who’s stupid enough to use it. Which leads us to ask another question: what do you carry them home in?

The One That Sells Pot

No, first of all, we aren’t talking about gardening here. If you read ‘pot’ and thought of horticulture, you are so on the wrong site. Secondly, please don’t turn our comments section into a debate on the legality of pot. We don’t care because, perhaps ironically, we’re all getting high off this totally sweet marijuana vending machine. 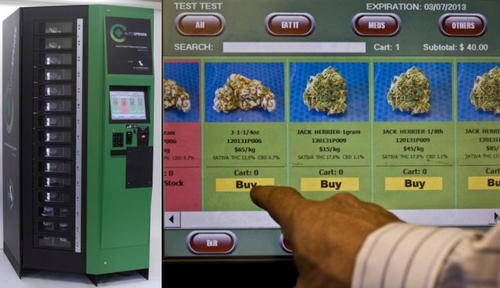 Ok, so you have to be a registered user of medical weed to use it, but whatever. We’ll hack a leg off or something. It’ll all be fine.

The One That Sells Insects

Oh we’re betting you’re thinking of a vending machine which sells dead bugs. Clearly you haven’t been reading this article very well have you? They’re fucking alive. And by ‘insects’, we’re not talking stick insects either. 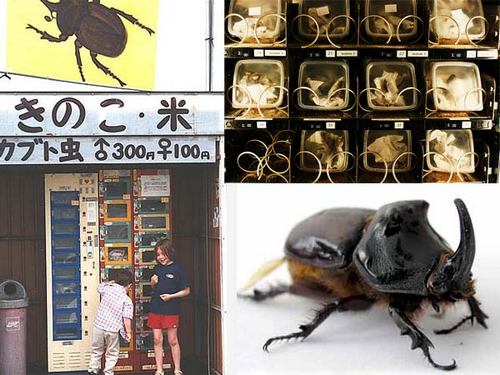 Yeah, that’s a stag beetle. Other insects you can buy according to the website of the manufacturer include tarantulas, praying mantis, and cockroaches. Basically, this vending machine contains all of the worst aspects of the 12 Curses of Egypt.

The One That Sells Cars

We’re pretty sure that what we’ve done here is assembled a list of vending machines that epitomise the worst in humanity. And this is no exception: behold the vending machine from which you can buy a goddamn car. 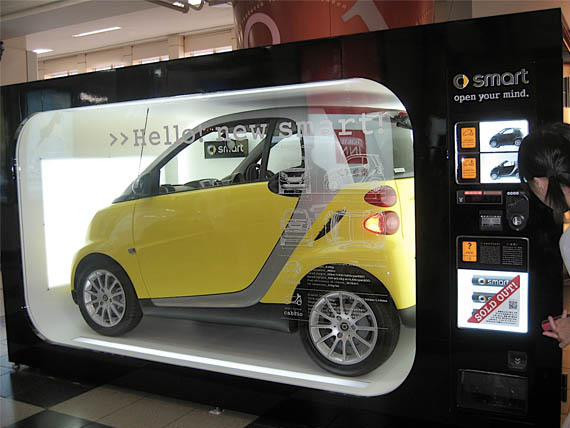