Remember back in grade school when you forgot your homework and you told the teacher the dog ate it?

OK, maybe that was just me and my overweight dog, but seriously, nobody likes to take the blame for anything. And if you think it’s bad these days, it was really bad in the Dark Ages when superstition and religious theory made the laws. People could be blamed for crop failures or solar eclipses and then burned at the stake as a witch, so you can see how there would be an incentive to avoid prosecution at all costs. Each town had its authority figure, but whether it was a bishop or an idiot depended on the judgment of the local population, although, with no schools or universities, people tended to be a bit on the stupid side. As a result, nobody knew anything about how the universe worked. They thought the world was flat, that you could cure freckles with rainwater and that the sun was pulled across the sky by magical little fairies. Heck, if you showed them how light a fart, they would think you were giving birth to a fire breathing dragon!

My point is, people were pretty much left on their own to figure things out, so they developed their own screwball theories, some of which involved blaming animals for stuff that happened.

One of the first instances of an animal taking the rap for a human was the snake in the Garden of Eden.

Remember what Adam and Eve said? “The snake made us eat the apple, Lord!” Yeah, sure, the fact that it was ripe and juicy had nothing to do with it, right?

Somehow I don’t believe God bought that excuse even if the snake did lose his legs for being a co-conspirator.

Here are a few more examples of animals getting the shaft!

In the year 894, in some of the first legal proceedings which didn’t end up as an epic poem, the court condemned a beehive after a man was stung to death. The court ruled that the bees were possessed by Satan and had acted in a devilish manner. Now the hive was infected with bad Juju from being devilized which would forever taint and make poison their sweet, sweet honey. Therefore, in order to protect society, the bee-devils must die.

They were found guilty of murder and ordered suffocated in the hive. Apparently they went through three different executioners before the sentence was carried out. 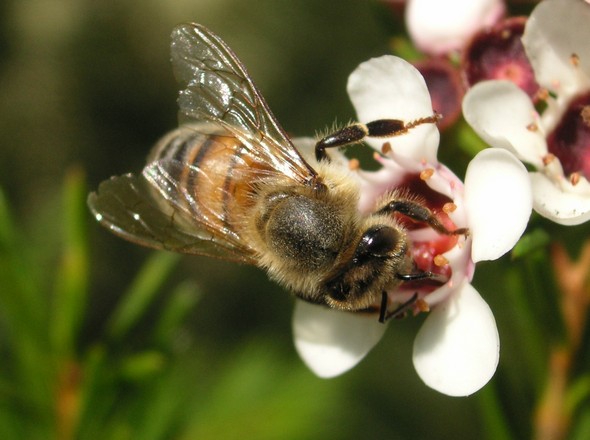 As justice slowly evolved, it adopted the concept of dressing up the defendants, such as this pig which was convicted of killing a toddler in 1386.

Back in the Dark Ages, when people were dim, it was a common trait of people to abdicate their parental roles should something happen to their child, like if they left it in front of a hungry pig.

When a pig killed a small child in France and DNA testing determined that the blood around the animals’ mouth was the same color as the child’s blood, the pig was arrested. Not content to turn the porker into bacon just for food and sustenance, a court was convened, a jury selected and a defense attorney appointed. Then they dressed the pig and went to trial.

While several attempts were made to shift the blame to the parents who left the child in the care of the pig, the parents pointed out that they had carefully placed the baby in the trough and told the pig not to eat that day. It was also noted that the pig had met the child before and there had been no previous animosity.

Therefore, the pig was found guilty of murder and subsequently, wearing its’ best shirt and tie for the execution, went out with style. Then the whole town came out and had a barbeque.

Later, the pig was posthumously convicted of biting the town tailor during his fitting. 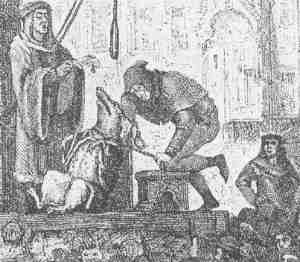 In 1685, a wolf (believed to be the incarnation of the recently departed burgomaster of Ansbach) was convicted of being a werewolf and killed for “preying upon the herds and devouring women and children.” I guess if it hadn’t been a werewolf they would have only killed it, but by adding the supernatural aspect, it allowed the good townsfolk to get all in a lather about something and go nuts for a while. After one of those nighttime torch-bearing mob scenes they finally caught and killed a wolf, but the ‘were-’ part could have been a bit of an exaggeration. To rationalize their lunacy, they dressed the wolf in a flesh coloured cloth, a wig and a beard. Then, to ultimately convince the jury it was the dead burgomaster, they cut off the snout and replaced it with a mask resembling the recently departed human. “Close enough,” said the judge and it was dragged through the streets, beaten, cursed, and burned. Obviously the burgomaster had been a popular member of the community. 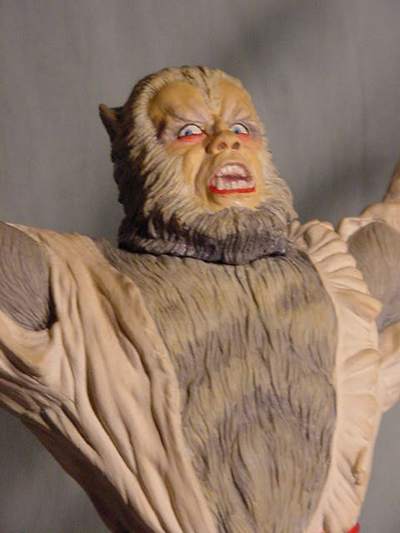 More recently, on May 4, 1906 in Delemond, Switzerland, an man named Hans Marger was killed by Anton Scherrer and his son, Bulgur, with the “fierce and vigorous complicity” of their dog, Chomper. After a trial, in which all three sat in the defendant’s box, the court ruled that the dog was a willing participant without whom the nefarious deed could not have been committed. The two men were sentenced to life in prison and the dog was condemned to death. 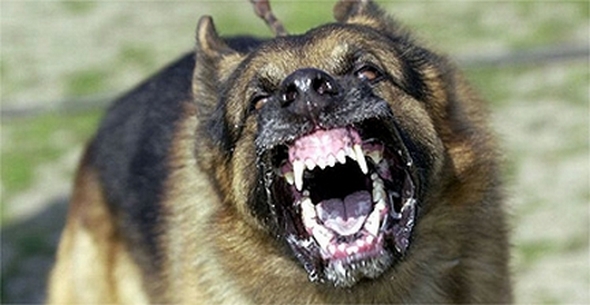