Ok, so you beat your sword into a plough-share, now show a bit of American attitude and turn it into a cannon! This is a horse-drawn plough, which doubles as a cannon. Conveniently hidden in the forward-projecting handle of the plough is a cannon barrel. It’s just the thing for the feisty farmer who wants to fire off a few rounds before dinner or protect the family farm. 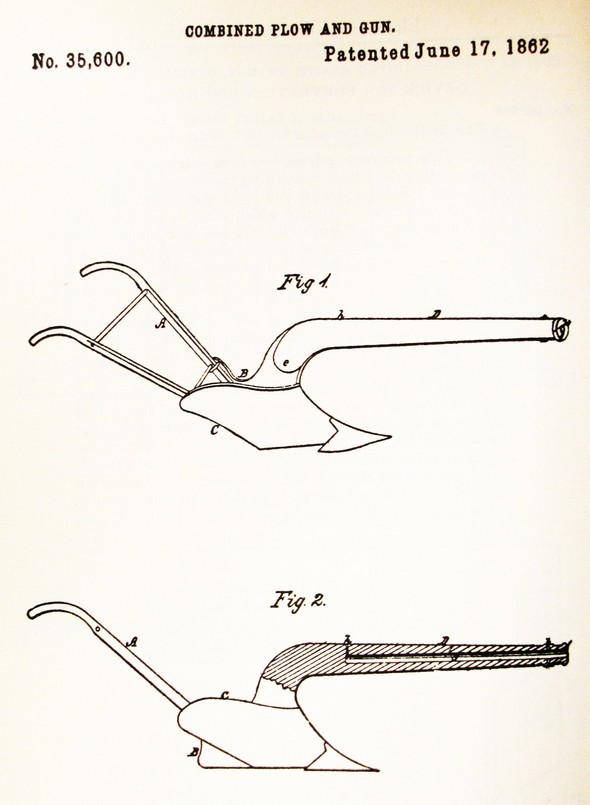 Here’s how it works: First, shoot your plough-horse in the a$* to kill it! Only then will you have a clear shot at the varmints trying to take over your turnip patch. Then, if you actually have to aim it, see if you can get your wife to help pull it around. Chances are, though, once she sees what you’ve done to the plough-horse, she’s not coming anywhere near you and that thing.

Hey, it’s a hat that turns into a parachute that’s attached to your head by a chin strap. If your building catches fire you can leap to safety from the top of the building! What a great idea…for a five year old!!! 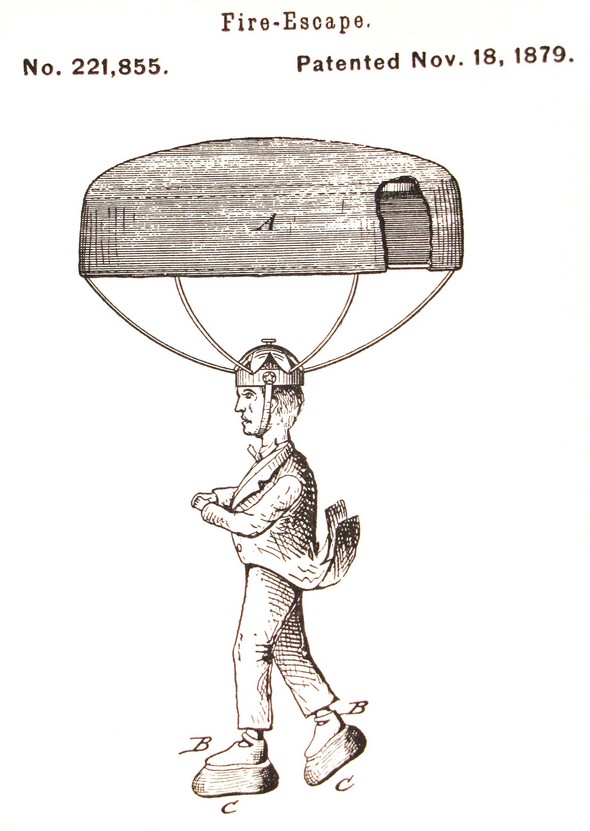 Remember when you were a kid, and you or your buddy jumped off the roof with a home-made parachute and broke a leg? Come on, everybody did it once. Aren’t you glad the roof wasn’t higher? With 39 stories to go, if you had this thing on your head, you could choke yourself on the way down, too! Hey, now that I think of it, isn’t “hung by the neck until dead” a form of punishment? I wonder if your chiropractor would recommend this?

I think back when people took steam trains, most of them must have been a lot stupider. Here’s a couple of inventions involving steam engines, which, at the time, were a modern marvel in society and ripe for any idiot to improve upon.

This is a set of tracks attached to the roof of train cars starting with a ramp on the lead locomotive and ending with one on the caboose. It is supposed to allow one train going in the opposite direction to drive up the ramp and over the lower train by use of the rooftop tracks. 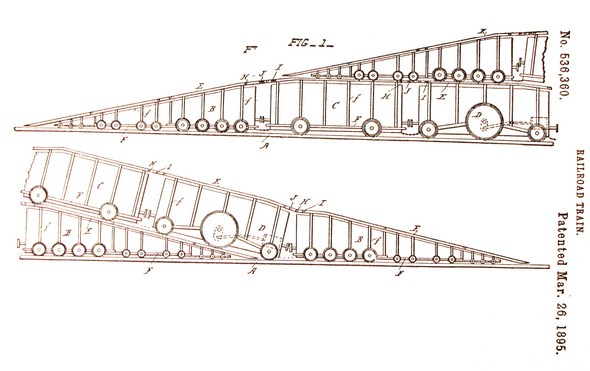 Ok, Evel Knievel has nothing on Casey Jones if Casey ‘d tried this. But, if you can believe a train is going to successfully navigate the up-and-over manoeuvre needed to complete this little brainstorm, you need to sterilize yourself so you don’t pass on the stupid gene to the rest of humanity. For one thing, every single train car would need this over-the-top track or things will come to a crumpled mess right at the gap.

But what if both trains have it? Who goes over and who goes under? Try to imagine a couple of locomotives travelling at 50 miles per hour towards each other and then think about how great the suspension is on an Amtrak train. Then think about how easy it would be to take a ramp with a locomotive. It would be like Evel Knievel crashing at Caesar’s Palace all over again, except this time with trains and massive loss of life and fire and noise and … well, you get the picture.

Wouldn’t it just be easier to not send two trains towards each other and into certain disaster?

Device to move livestock from the tracks

This is a nozzle on the front of a steam locomotive with which the engineer can aim and shoot boiling water. 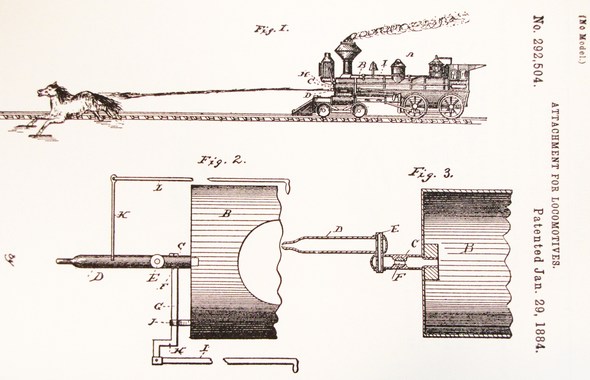 This invention is not that dangerous for people, but really dangerous for cattle or horses. The idea is to release hot water from the boiler of a steam train to shoot out towards livestock blocking the track. My guess is that the critters are going to get really scalded and then just lie there on the track and take the hit from the train rather then suffer from that painful burn you just inflicted upon them. Perhaps they should have used this to clean the coal dust off the houses near the tracks as the train went by instead.

Here’s another device which would get PETA all excited (and hopefully bring out the naked protesters to stop it.)