These days it seems like everyone is not only anticipating, but actually looking forward to a zombie apocalypse. Zombies have never been more popular in pop culture, with the success of shows like The Walking Dead and books like the Zombie Survival Guide and World War Z. So it only makes sense that you might want to start planning out where to shack up when the end of the world comes, and you’re left to survive in a zombie-infested wasteland. Here are a few ideas. 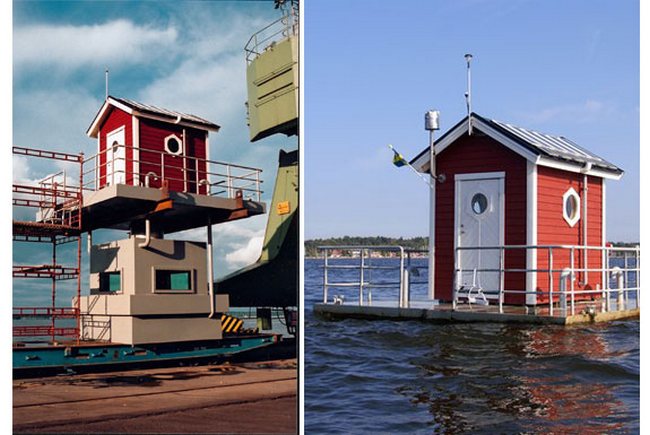 The Utter Inn, a tiny dwelling in Sweden, doesn’t look like much from the surface. And we mean literally the surface of a lake, to be specific. It looks like a tiny red fishing hut floating on the water’s surface, but there’s more to it than that. That’s because beneath the water’s surface is another room that’s accessible by that little red shack, there’s a small sleeping quarter with a pair of beds and a table, in addition to the space in the “upstairs” that features a wraparound deck. It’s the perfect spot for isolation, since zombies don’t swim, with the only knock being there not being much space for storing goods. 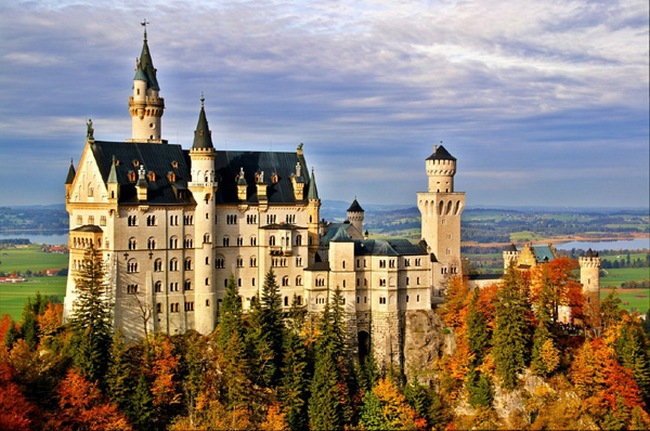 Castles, in general, are a good place to hide during a zombie apocalypse. After all, many – not all, but many – castles were constructed with defense as their first priority, meaning they’re already fortified. Not many castles in the world feature better natural fortifications than Neuschwanstein Castle in Bavaria, Germany. The incredible structure sits atop a steep, treacherous hill, surrounded by dense forest and accessible only via a drawbridge. You probably think that Neuschwanstein looks familiar, and it should. Among other things, it served as the inspiration for Sleeping Beauty’s castle in Disneyland. And you can bet Sleeping Beauty would be completely safe from the ravenous zombie hordes for another little nap.

After your nap, you should check the horde. Are you still safe where you are? Perfect. Should you get lonely in your castle, make sure to bring your personal entourage, especially some charming hotties in case you get lonely. Bavaria can be an unforgiving place during the zombie apocalypse, especially if you are being chased by Lederhosen wearing, beer stein-toting Oktoberfest Zombies. Visit Ivana Models, to find your high class beauty for Bavaria. 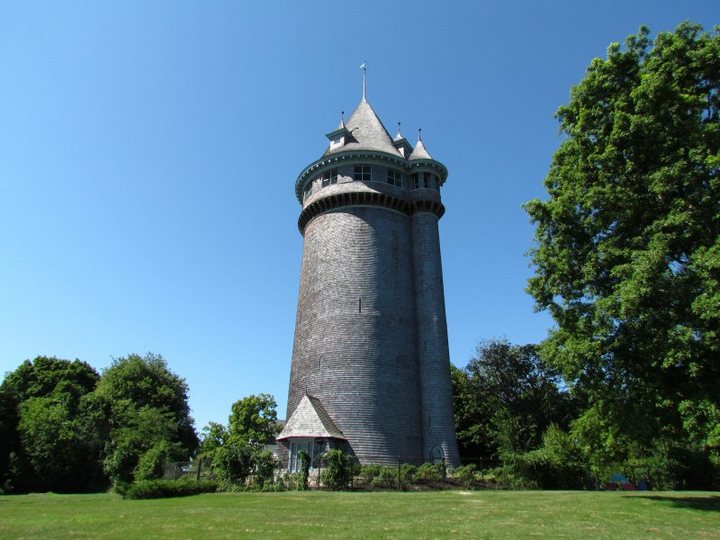 Located in Scituate, Massachusetts is Lawson Tower. It may not be as grand and flashy as a place like Neuschwanstein Castle, but it’s still one heck of a place to hold out against an attacking zombie swarm. It’s basically a single castle turret standing 153 feet tall and was designed to mask a water tower that still exists at its center. The water tower is no longer operational but it’s still one of the most appealing parts of surviving in Lawson Tower, since, should you be able to find a good source of freshwater, you’ll be able to stock up for months or even years. 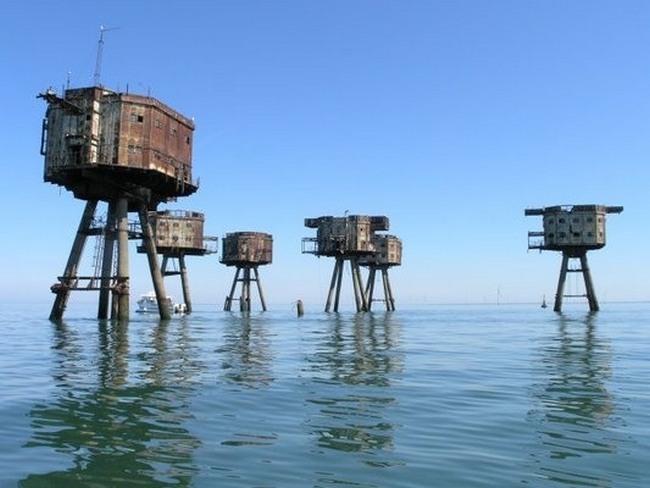 Do you know what would be awesome? If you could combine the safety of an island, a fort, and a tower into one outstanding zombie defense center. And hey, that’s basically what the Maunsell Army Sea Forts are. Located in the United Kingdom, specifically in the Thames and Mersey estuaries, they were built during World War II and are accessible only by boat. One of the issues you may run into if you flee to the Maunsell Sea Forts, however, is that one of them already has some residents. Specifically, the “principality” of Sealand, which while unrecognized claims to be the world’s smallest micronation with roughly 50 people living there. But hey, there are plenty of Sea Forts to go around, right? You’ll just have to hope you don’t accidentally start a war with your new, neighboring “country.” 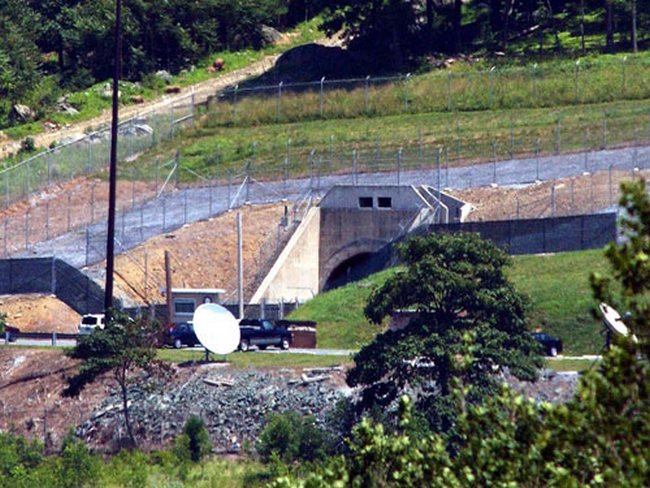 One of the most secret military installations in the United States is the Raven Rock Mountain Complex, also known as Site R. Located in Pennsylvania, not far from Camp David, Site R is basically one of those underground bases where members of the United States government would flee to in the event of a disaster. In fact, after September 11, it’s where former Vice President Dick Cheney was sent to keep him safe from potential future attacks. Because it’s meant to keep the government running, you know it’ll be fully stocked, and as it was designed to withstand a nuclear bomb during the height of the Cold War, it’s a place you could feel safe staying for months or even years without having to venture our particularly often. Everyone knows Alcatraz Island. The infamous prison island off the coast of San Francisco was one of the most feared prisons in the world when it was open, and has become an incredibly popular tourist destination. In the event of a zombie apocalypse, it would also make a phenomenal refuge from the walking dead. It sits deep out in the San Francisco bay, and it’s so difficult to get to and from due to the frigid, choppy waters of the bay that no one ever successfully escaped from Alcatraz, unless you count three inmates who escaped from the prison but were never seen again, since they almost certainly drowned. Freezing ocean water and the sharks prowling those waters, and fortified prison buildings make Alcatraz an attractive destination during a zombie apocalypse. Along the same lines of Raven Rock is Greenbrier, another military installation and government relocation center in West Virginia which has since been turned into a luxury resort. Greenbrier was designed to house Congress during the Cold War. The actual bunker at Greenbrier was kept fully stocked and operational for 30 years despite never having to be used, so like Raven Rock you can count on it being ready for occupants should the zombie plague sweep the nation. Of course, the problem with a place like Greenbrier along with Raven Rock is that when you get there you might not be welcome since, you know, the president could very well be there eating all of the delicious food stores and catching up on some Netflix. Located in Normandy, France, Mont Saint-Michel may be the most perfect place in the world to hold out against a zombie apocalypse that there is. Not only is it literally a castle stronghold, but it’s also an island that sits about half a mile off the coast of France, and is only accessible – to zombies, anyway – by a single road that could easily be fortified or blocked off altogether. You also have to take into consideration the castle was the inspiration for Minas Tirith in the Lord of the Rings series, as well as the movie representation of Hogwarts. So if you’re in a bind, maybe there will be a wizard strolling around the grounds who can come up with a handy anti-zombie spell for you.