Home Lifestyle 8 of the Strangest Riots in History

People: they sometimes freak-out, often for strange reasons. Here’s a brief write-up of eight of the most bizarre events that got people up in arms.

When the mayor of Chicago reinstated an ordinance preventing the opening of pubs on Sundays and drastically increasing the price of liquor licenses, the city’s immigrant community saw the move as a strike against them.

After a series of arrests, groups organized and took to the streets. Though the ensuing chaos saw police officers open fire on crowds, there was only one confirmed death from the event. After the mayor left office, the ordinance was repealed.

In Los Angeles, the young Latino community took to wearing flashy zoot suits despite wartime rationing of wool. The style, originally identified with jazz music, had become associated with gang activity due to a few publicized incidents. White soldiers saw the wearers as unpatriotic and, in some cases, draft dodgers.

What followed were several days of racial violence as sailors, and eventually, ordinary citizens attacked Latinos and stripped them of their zoot suits. At its peak attacks spread to other major cities.

In order to modernize the city of Rio De Janeiro and improve the hygiene of the populous, the city’s mayor approved a massive program that saw old buildings get demolished and waterways cleaned up.

But one measure had doctors and policemen enter homes to force vaccinations on those insides. For many, this was the last straw at what they felt were extreme measures, and riots ensued for six days.

In the end, hundreds were wounded, many were deported, and thirty died. Though briefly halted, the vaccine program was resumed and smallpox eradicated from the region. Did the ends justify the means?

History has distorted what exactly happened in Paris that night, but something about Igor Stravinsky or his strange work Rites of Spring upset the high-class audience of this Paris premier.

The strange music paired with primitive dancing caused an uproar. The crowd fought among themselves as the play continued, managing to reach a conclusion without any of the performers getting injured.

Prison riots are sparked by many different things, but few can say they were started over sandwiches.

A menu change prompted a small group of prisoners to attack a guard and steal their keys, freeing more prisoners, and quickly overwhelming the other guards.

Law enforcement was able to regain control in eight hours, and while millions in damage were caused by the attack, only one died from the violence of the riot itself.

Nylon products had been reserved for the army during World War II. Shortly after Japan’s surrender, DuPont announced they would have over three-hundred million pairs of stockings available for sale that Christmas season.

They overestimated, to put it mildly, and the fierce demand saw tens of thousands of women lined up outside of stores to grab pairs, only to leave empty-handed. Stores suffered the most damage as would-be customers destroyed displays fighting over the products.

A matter of etiquette escalated to a roaming mob of one-thousand people attacking men with hats. In the early 1900s America it was considered unfashionable to wear straw hats after a date in September (depending on the source it was either the first or fifteenth day), and tradition allowed young men to knock said hats off anyone still wearing them after the date.

In 1922 things got a little too intense when a group of teens started a brawl with dockworkers over their hats.

Though the initial brawls broke up, a crowd of young men later formed to attack straw hatters. Police finally got involved when they themselves were targeted. In the end, many men who fought back were hospitalized.

Richard Bayley, who ran New York Hospital, continued the English tradition of grave robbing for medical research despite it being illegal in the United States. Though reported early on, the community at large turned a blind eye to it since the gravesites robbed were those of the poor and black community.

When it was discovered that a white woman had been exhumed a group of two-thousand people took to the streets hunting down physicians, many of whom went into hiding. Though damage to the city and the reputation of the New York medical community, the incident helped end the practice of medical grave robbing. 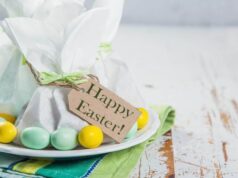