Of course there have always been bad losses in sports. However, sometimes the loss is so bad, and the story behind it so ridiculous, that it transcends the realm of terrible or even unfortunate into bat-shit crazy. Here are eight examples.

The rivalry between the Stanford Cardinal and the UC Berkeley Bears is one of the fiercest in college football history. Not content vying with each other for academic greatness they have staged the “Big Game” for over 100 years now. The winner gets the prestige of…well they get the “Axe”, an axe head mounted on a wooden board. But it’s a big deal apparently.

The 1982 Big Game looked to be a lock for Stanford. They led by 1 point with only four seconds left. Somehow, the Berkeley players managed to run the ball down the field, complete with five lateral passes, the final player actually running through the Stanford band in order to score a touchdown. The band assumed that when the clock ran out the game was over, not realizing it continued until the end of the play. A trombone player was knocked down, and chaos ensued. In the end, the refs ruled that Cal had scored. Stanford lost on of the closest games in history, thanks to their band.

The Score: 286 runs declared in one over. (This is similar to 50 runs being scored on one hit in baseball. It shouldn’t be possible.)

In 1894 two teams were playing an official game of cricket in Western Australia. A batsman named Cogg hit the ball into a nearby tree. The umpire ruled that since the ball was still in view and had not touched the ground it was still in play. The batsmen started running. Fielders tried climbing the tree to get the ball but the lower branches broke and they crashed to the ground. The batsmen kept running. An axe was called for but a search proved futile. The batsmen kept running. The search had however turned up a gun, which was then used to blast away at the tree, hopefully one that was koala free. By this point the batsmen had stopped running, most likely out of pure exhaustion, after scoring 286 runs. During an international tournament in 2008 the Bulgarian women’s hokey team managed the most amazing losing streak in the history of the sport. One wonders if the team was comprised of the only women in Bulgaria willing to play, regardless of their talent. After losses of 41-0 (to Italy) and 39-0 (to Latvia) Bulgaria managed the worse lose in hockey history.

After the first period in their game against Slovakia, Bulgaria were already losing by 33 points. After two periods they were down 55-0 (making it their most successful period, with only 22 goals given up). The final score was a record breaking 82-0. It’s good to know they did much better in their next game, only losing 30-1. They even managed to score!

One thing that is positive: the Bulgarian goalie should be in the record books for most saves during a game, with 57. Unfortunately, the international governing body refused to acknowledge it due to the completely farcical nature of the game. Still, it looks like the goalie was the best player on that team.

Trash talking between coaches is a big part of sports. If you break the other teams’ coach or manager you have a better chance of breaking the other team. Sometimes the opposite can happen. That was the case with the 1940 Championship game between the Chicago Bears and the Washington Redskins. The coaches George Halas and George Preston Marshall hated each other from way back. Before the game Marshall called the Bears quitters and cry babies. He also sent Halas a telegram saying how happy he was the Bears had made it to the final so the Redskins would have another chance to beat them. You see, shortly before the championship game the Bears had lost to the Redskins 7-3. Halas was pissed and worked his team up into a winning frenzy. Less than a month later they would deliver a 73-0 thrashing, all thanks to Marshall’s trash talk. 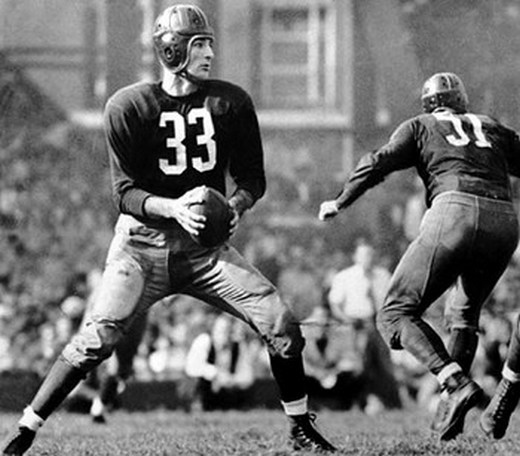 There are a lot of chokes in golf. It’s a stressful and precise sport that requires absolute concentration. Let your guard down for one minute and your previously perfect drives are now deep in the rough. However, most golfers can be expected to mark their scores correctly.

Not Roberto de Vicenzo though! A world class player, he managed to lose the 1968 Masters by signing off on a score card that had the wrong score on it. His playing partner had written 4 instead of 3 (which he actually shot) for the 17th hole and de Vicenzo approved it without checking it. That gaff left him one behind the leader. Had the score been marked correctly, he would have gone into a playoff and possibly won. It was then he made the famous remark, “What a stupid I am!” 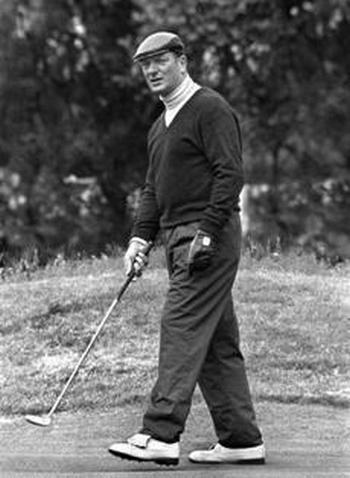 It takes a lot to topple a William’s sister from the top spot in tennis. However, Russian Dinara Safina managed to do just that in April 2009. She held on to her ranking for a mere 6 months, before her until then unknown ability to crash and burn reared its ugly head. First she lost to the world #132 in Tokyo. Only a week later, she became the first #1 to even lose to a player ranked below #200, when she choked against a wild card entrant in Beijing, ranked at #226. And it wasn’t even close. Zhang Shuai beat the Russian in straight sets.

Commentators blame a flawed ranking system for making Safina the #1 player in the first place when she clearly wasn’t. Regardless, even if she should “only” be in the top 10 or so, crashing out to wild-card nobodies is not something somebody of her talent should be doing. 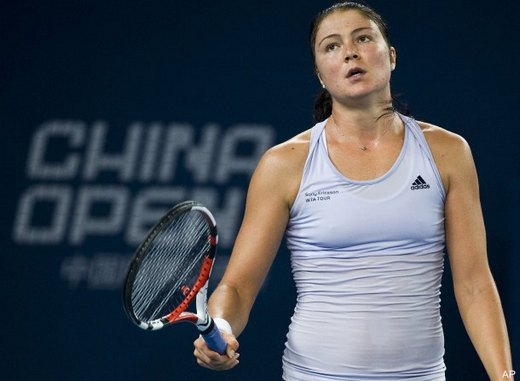 In 2002, two Malagasy teams were playing the last match of the season when the referee made a call that the manager of l’Emyrne disagreed with. The manager then told his team to score at will…on their own goal. Spectators said they scored own goals immediately after every kickoff. When news of this insane defeat reached Europe, FIFA, the governing body of soccer, refused to believe it could be true saying,  “We think this may be foolish…we don’t think it happened”. FIFA would eventually declare the match null and void. 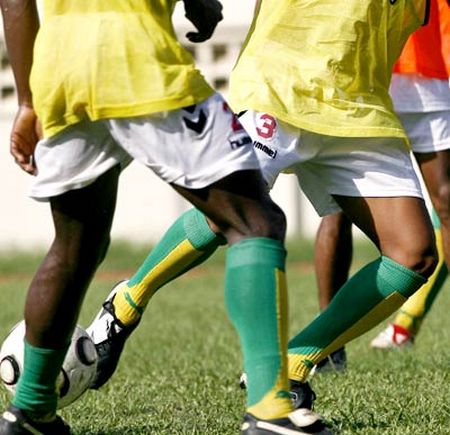 This game never should have happened. Cumberland College ended their football program after the previous season which meant they had no team. They hadn’t recruited anyone, trained anyone, held any practices, nothing. However, their rivals Georgia Tech, still bitter about a recent thrashing they took in a baseball game against Cumberland, insisted they play their previously scheduled game. If CC turned it down they would have been fined what would be over $58,000 today, a lot for a small college. Cumberland put together a last minute team composed mostly of frat boys and gamely gave it their all. Unfortunately their all led to the worst loss in college football history.