Nowadays, when you turn on the television to watch the news (who are we kidding, you go on the internet, and don’t read the news) you see a report from Iraq or Afghanistan and how the newest military strategy of “bombing the living shit out of mountains” was sort of getting results with one dead guy who may or may not be a terrorist leader. However, in the past, before one weapon could vaporize mountains, people had to be smarter…

Thanks For The Arrows Asshole!

In 756 A.D. a general called Zhang Xun was under siege from a rebel general (as opposed to a friendly one; that would be weird). His troops ran out of arrows pretty quickly. In order to get new ones, he ordered his men, in the dead of night, to play war drums and to make noises as if they were planning to sally forth out of their walls. As they did so they lowered straw dummies down the wall. The enemy, thinking they were under attack, shot the dummies with as many arrows as possible, Zhang Xun’s troops then raised the dummies and voila, arrows! To add insult to injury, the next night, they tried the same ploy. The enemy took no notice, so Zhang Xun’s troops actually sallied forward and beat the siege away. The scheme to get arrows was ingenious, obviously, but if there was better lighting it would never have happened. The biggest problem here was that Zhang Xun’s troops, even in a complete surprise attack should never have routed the sieging army, mostly because they were outnumbered 20:1. Still, ridiculous amount of incompetence by the sieging general to not have some kind of lookout or guard system in place just in case the enemy (who has shown they like playing tricks) tried to pull something crazy again.

Play Catch and Release With The Enemy Commander!

In the Spring of 225 A.D. The military strategist of the Shu Han dynasty, Zhuge Liang, was on a campaign in the South of China to quell a rebellion. Just defeating them was not enough however and thus a complete eradication of the will to rebel was needed. To do so he fought with the rebels, was victorious, captured their leader, showed him around the military camp, let him go, beat him again, captured him again. This kept going on until the rebel leader just gave up after the seventh time. 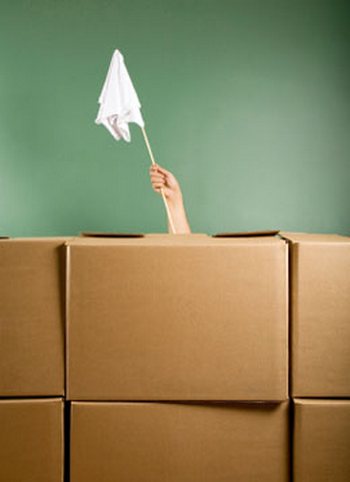 There is a reason why militaries have a strong emphasis on intelligence and intelligence gathering on the field. The army with better understanding of what’s going on is most likely to come out of the battle in a better position. Essentially Zhuge Liang not only just captured the enemy commander, blindfolded him and threw him in a hole or something. He actually at least one time, gave the enemy commander a tour of his camp, essentially telling him of the number of troops at Zhuge’s disposal, amount of supplies, what weapons they had and therefore likely tactics that was at his disposal. Sheer incompetence (or brilliance from Zhuge and his army) again is possibly the only way that the enemy commander could get captured 7 times.

The Forest Of The Impaled Ones

Sources aren’t congruous, but what they all agree on is that when the Ottomans were entering the Transylvanian capital (whose defence was led by, none other than, Vlad the Impaler himself) the roads were bordered by 20,000 impaled Turk and Bulgarian corpses. After half an hour, the Ottomans just fucking ran, because… What the fuck else could you do? 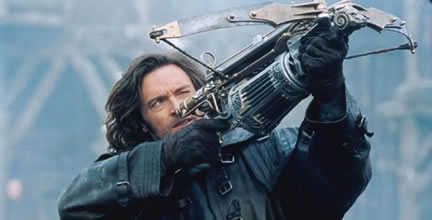 The soldiers should have been trained better. Essentially, they see dead people, something soldiers shouldn’t REALLY be afraid of. And it scares them shitless. They are in the damned capital of the country they are trying to conquer and they let a silly (but grisly) ploy scare off the 90,000 man army and the sultan himself. And this wasn’t just any old sultan, but Mehmet II, nicknamed “the conqueror.” Considering Wallachia only ever had 30,000 troops at their disposal doesn’t say much about the fighting abilities of the Ottomans.

Zhuge Liang Scares Off His Enemies By Pretending To Live

At the battle of Wuzhang Plains, Zhuge Liang fell ill from exhaustion. Knowing his time was coming, he orders a retreat after advising his subordinates of the direction that the dynasty must take to stay living (he was the second most powerful man in Shu Han after all!) He then promptly dies. His army retreats. The enemy, hearing of his death, pursues (it is also pertinent to mention that the enemy army outnumbered the Shu Han army 2:1). The man who replaced Zhuge Liang orders a part of the army to turn back as if to face the pursuing army. The pursuing army, so spooked, thinking that Zhuge Liang was actually still alive and just baiting them into another trap, turns tail and runs, thus saving the Shu Han army. The man even has a presence in death. You could kinda say that this presence was Zhuge

Sima Yi pussied out, again. Ambush or not, a careful advance would have been better than sitting on your ass considering you had numerical superiority of 2 to 1. And since they had been sitting and technically waging the battle for well over 4 months, and Sima actually had good intel that Zhuge was sickly long before the retreat. Chances are he was dead, and this was no ruse but Sima Yi just continued shitting his pants, for the umpteenth time, you’d think he’d learn.

Again, the Tang Dynasty is under siege by the rebels. Again led by Zhang Xun, who can only be the greatest general who ever lived. He was outnumbered 15 to 1. Not only did he do the “war drums at night, ambush when the enemy stops giving a fuck” ploy again, he also decided to kill the enemy general so as to destroy the enemy morale. To do so, he ordered his archers to fire weeds. When his archers did so and hurt nobody, the enemy soldier happily ran to their general to inform him that the Tang garrison had run out of arrows. Zhang Xun took a note of where the soldiers were going and promptly ordered his archers to fire everything at that tent, leading to the enemy general getting hit in the eye and leaving the rebel army in disarray. 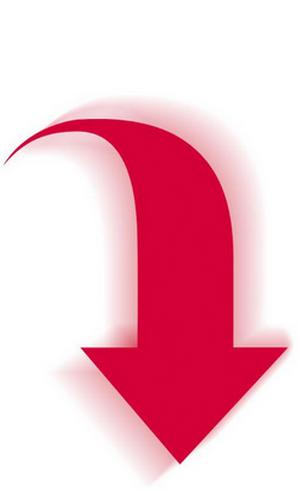 Pictured: Something That Isn’t a Tactical Advantage To Have Hanging Over Your HQ

First of all, this battle was only less than a year after the Battle of Yongqiu (of ‘thanks for the arrows bitch!’ fame). In fact, the two forts were in close vicinity. There was no reason why the “war drums at night” ploy should have any effect on anybody except the drummer’s sore arms. Also, the general didn’t even die when he got in the eye, just extremely wounded, and for shit to hit the fan like that is quite extraordinary considering the numbers. Really ingenious tactic though.

The battle for Pointe du Hoc was a small operation within the larger scheme of things known as Operation Overlord. The idea was to land on a small rocky beach, climb a goddamned cliff, kill some Germans, spike some big guns and stay put till they are reinforced (if ever). Nobody bothered to tell the US Army Rangers that the guns weren’t actually there anymore and that they would actually have to go further inland than they were told to blow them up. That they did and for 4 days the 225 rangers held off German counterattacks until only 90 men were left that were still able to hold a gun. Luckily, they were reinforced by troops from Omaha in the nick of time. To begin with, the invading force of Rangers consisted of 225 men, whilst the German garrison was at 200. This was barely a crippling numerical superiority. They had also lost the element of surprise because they were delayed on the boats. Not to mention that they had to actually go up a tall as hell, straight-up cliff. Since there was 2 days of pretty bad weather, the cliff was slippery to begin with, making the climb difficult. It didn’t help that the boat carrying the extended fireman ladders didn’t make it and that the experimental grapple hook shooting mortars were faulty due to the ropes being weighed down by the rain and falling short causing severe congestion whilst climbing. Then the fact that they already had to stretch what limited resources and personnel they had to find the damned guns and spike them.

Also, around 500 Rangers who were supposed to reinforce the initial force was just sent to Omaha, because fuck those guys on the cliff. As said before, the Rangers and Pointe du Hoc were actually brought down to 90 men and their enemies were heavily reinforced and everything could have been over if not a timely intervention by forces from Omaha.

A Siege Within A Siege

Julius Caesar orders fortifications to be built around the hill-fort of Alesia. Approximately 18 km of 4 meter high walls are constructed around it. However, amidst construction, Gallic cavalry had broken through. Caesar knew this meant Gallic reinforcements were on their way. Rather than run away he decides to build a second line of fortifications. When the reinforcements arrive, Caesar is outnumbered nearly 4 to 1. Eventually, Caesar prevailed. 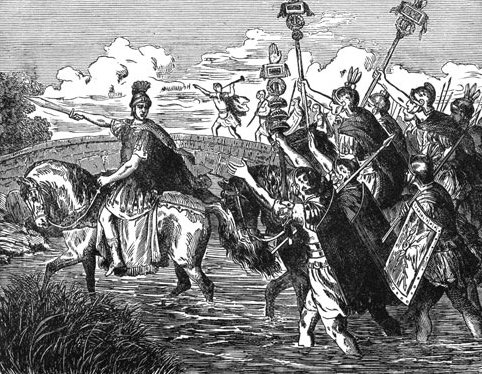 A siege, within a siege. It’s ridiculous, plus, there was one extremely weak point in the fortress that was sieging the fortress that wasn’t adequately taken advantage of and the Romans were outnumbered (some sources say that it was more like 7 to 1). The Gauls could have easily starved the Romans to death (even if it meant screwing over their comrades in the center of it all), but since there were more Gauls outside the fortress, but pretty much all the Romans were in that fortress, that would have been a better idea. Plus, many Gaulish lives were wasted on foolhardy attacks.

Hastein was one of the great Vikings. He wanted to be famous forever, and in order to do so, he figured he had to go and sack Rome. And that he did. Sort of. In fact, he didn’t quite sail far enough and actually attacked a city called Luna, which no longer exists. Since it was “Rome,” the city wouldn’t be vulnerable to a good ol’ fashioned Viking sacking, so Hastein came up with the clever plan of pretending to be dead and having his men pretend to be exiled and asking that their leader gets a Christian burial. Having never seen Vikings before (we assume) the city of Luna agrees to it, and well, let’s just say, shit hits the fan. This just sounds ridiculous and unnecessary. Why would the city of Luna deem it necessary to open their arms to these complete strangers? Okay, say you consider that it was just good old Christian niceness. This wasn’t a small village or town since the Vikings mistook it for Rome itself so it should have had quite a sizable defence force. And did nobody think it would have been a good idea to keep an eye on these strangers? The moral of the story: always poke an enemy leader with a sharp stick before you agree to bury him.

6 Reasons to Hire a Professional Moving Company – In 2021

5 Questions to Ask When Planning Your Next Vacation – In...