As The Lion King once sang, there’s a circle (a circle) of life. We humans are born, we grow, we live, and we die. And buildings aren’t much different. Except some don’t die or get demolished when we’re finished with them. Some live on, like these ones here.

This is a photo of an abandoned Russian submarine base, the sort of place which was terrifying even when it was occupied thanks to, you know, all the heavily armed Western-hating communists roaming around loading nuclear weapons into vehicles capable of transporting and firing them into the heart of capitalism. Frankly, we wouldn’t step in here without some kind of exorcist because, damn, are those ghosts going to be pissed when they hear what David Hasselhoff did to the Berlin Wall. 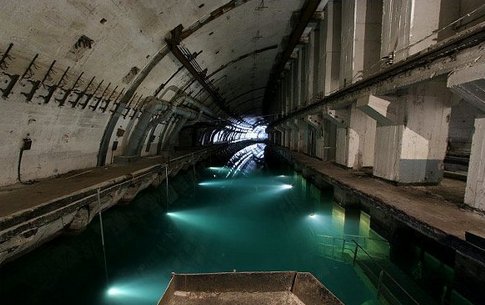 Gahhhhh, what is it with Russia and abandoned stuff. Jesus, we knew you guys didn’t have much money back in the old country but you must have managed to build something, right? This is another reason why nuking these guys wouldn’t have worked; we wouldn’t have been able to tell what sort of damage we did to their country because every building was half-finished and nearly wrecked before the first bomb even fell. As for this place… what was the plan here? The place looks as complicated as shit. Actually, ‘waterpark’ must just be a euphemism for ‘submarine base’ in which case we know how that place turns out. 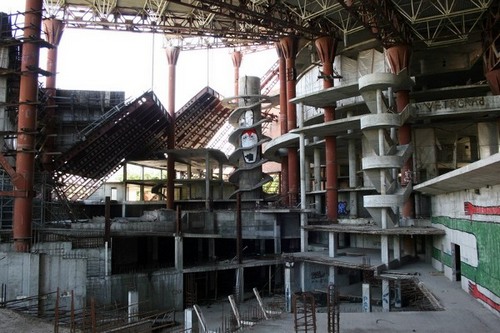 Finally! Something from another country! This is an abandoned apartment block complex in Japan, the name of which literally translates to “the home of ghosts who will eat your soul”. Actually, that’s not true. But you believed us for a second, right? Rumour also has it that the makers of Resident Evil did some location research here for their newest game a few years ago. Sadly, that game was never ever released because the entire workforce vanished when they went to do some location research at some…place…that looks like this. 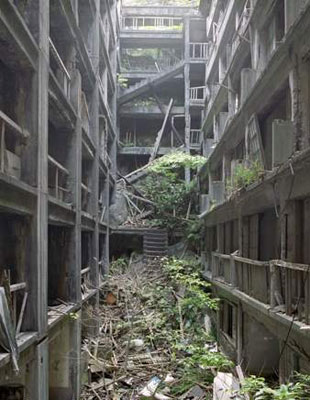 Man, we may have said this before but Japan is fucking weird. In what world would this smiling demonic-looking caterpillar be a suitable children’s toy anywhere? The only conclusion we can come to is that the unlucky photographer who took this photo stumbled upon a funfair for the children of demons, and that the only thing that the search and rescue patrol ever found of him was his camera, burnt and smelling strongly of sulphur. Local residents say that at night you can hear his tortured cries screaming out and asking for spare change for the candy floss machine. 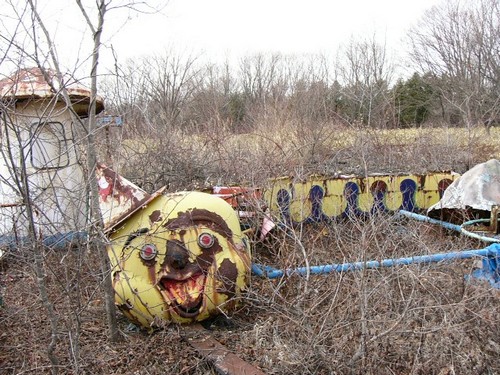 This is a photo of a derelict cinema in Eastern Europe, a country which, unlike Russia, was communist and apparently was capable of finishing a building project. It isn’t known precisely where in Europe this picture house is, but we sure as hell are never going there if we ever find out. It doesn’t take a huge stretch of the imagination to conjure up images of the undead townspeople from the neighbouring cemetery shuffling in here after a long hard day of decomposing and settling down to watch some horrific gory spine-chilling film like The Human Centipede, Night of the Living Dead, or Step Up 3D. 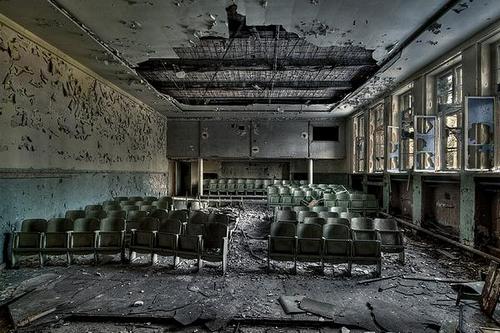 Of course, there had to be a subway station on this list. There always is. So, this is the creepiest, most evil-looking one we could find. Yes, we know it isn’t covered in cobwebs, or has broken glass everywhere, or has the bones of the last gang of teenagers who dared to enter it strewn everywhere. And that’ why we chose it because, if something is abandoned and looks as shiny and new as when it opened, there’s only one possible explanation for it: there’s a huge world-ending demon hiding out in the basement and the tidiness is a result of his followers sweeping up and keeping it homely for him. 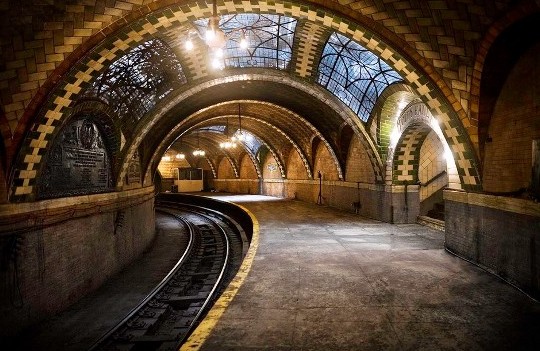 This a clothes factory back in, yep you guessed it, Russia. We can only presume that the half-built portion of the building is just out of frame; perhaps the roof is missing or something. Anyway, there’s something insanely unnerving about these clothes just hanging there. Perhaps it’s the thought that one has a dead body inside. Perhaps it might be because you can’t help but shake the feeling that something is watching you from within those railings. Or it might be the fact that those clothes bear a startling resemblance to the type worn by the KGB/Gestapo/ every evil secret police force ever. 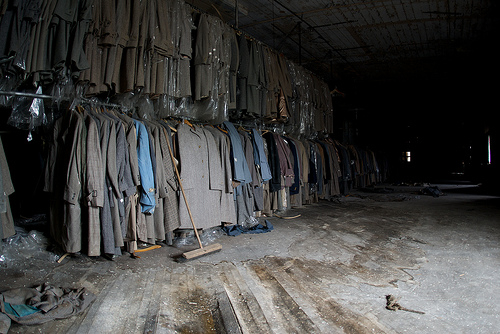 We Don’t Know What

We aren’t making that up: we literally don not know what these buildings are. We know they’re in Belgium, which technically makes them the most interesting things in the country. But that’s the full extent of it. The second most interesting thing in the country, incidentally? The unusual manner in which the ghostly occupants of these buildings will murder you if you so much as step inside them. 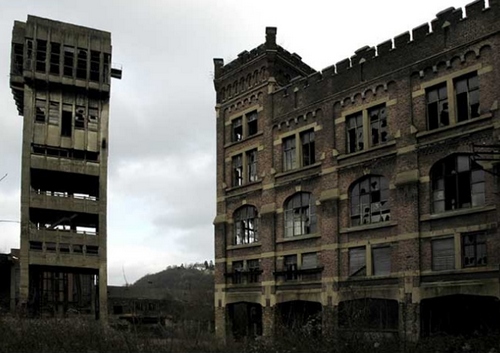