Alongside McDonald’s, Coca-Cola is one of the world’s most recognisable companies; present in nearly every country over the world, selling sugary sweetness and diabetes to over a billion people for the past hundred years or so. However, life at Coca-Cola HQ hasn’t always been plain sailing and throughout the years, there have been some spectacularly good ideas and some spectacularly bad ones. Guess which ideas this list is about? We’re talking about ideas such as…

After you hear the name, you might be surprised to learn that the taste of this drink is actually a mixture of coffee and caffeine and does not, as many people may think, taste like bottled hatred and bigotry i.e. like America during the 1960’s. What might be more surprising, however, is that there’s a person out there who saw the already-black coloured Coca-Cola and its already-caffeine-packed ingredients list and thought “this shit needs to be made unhealthier”.

Huh. So that person does exist. And, man, does he not want people to get healthy. We wouldn’t be surprised at this point to learn that the flavour department of Coca-Cola is owned and operated by a syndicate of representatives from the biggest health insurers and muumuu manufacturers. The plan? Develop shit like this so that no matter how hard we might try, we’re all going to be balloon-sized eventually. Next stop: they’re scrapping the traditional plastic and making the drinking bottles from chocolate and asbestos.

If you’re the sort of person who looks longingly at their can of Coca-Cola and thinks to themselves “this is good, but it could do with more artificial orange flavouring”, you have a sickness and should probably seek proper medical attention. Or simply buy Coca-Cola and some Fanta and a mixing bucket. Keep that ambulance on stand-by though: you’ll need it for when your heart tastes this god-awful concoction and throws a shit-fit.

OK, so before we carry on, we need to clear this up right here. We don’t know what water salad is. We asked the people who walk past our office and they just said “the water that just drips off a freshly-made salad”. Well, actually, they just ran away. We made that up. Our other best guess is that it’s some sort of obscure phrase for lady piss and Coca-Cola has really started to make their blatant hatred of all their customers somewhat more overt. This drink tastes fruity according to reports, but we’re steering clear just in case our can-filler wasn’t on a fruit diet that day. 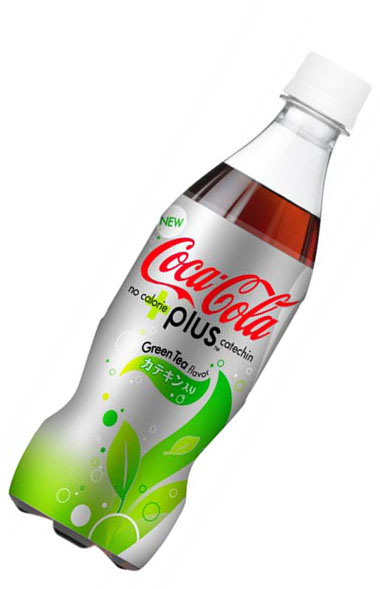 This might be an example of the opposite of what we might have just seen above with the bacon flavoured Diet Coca-Cola and Coca-Cola Blak: the creation of a drnk which contains nothing but healthy ingredients. First of all, judging by the reaction of the entire internet to it, it sucks some serious ass. Secondly, and we’re legally obliged to make this joke, who looks at Coca-Cola and thinks “oh yeah, time to ramp the health out of this shit”. Yes, writing that technically made us hypocrites, but we’re more than halfway through this list and you’re going to carry on reading regardless. We don’t care. 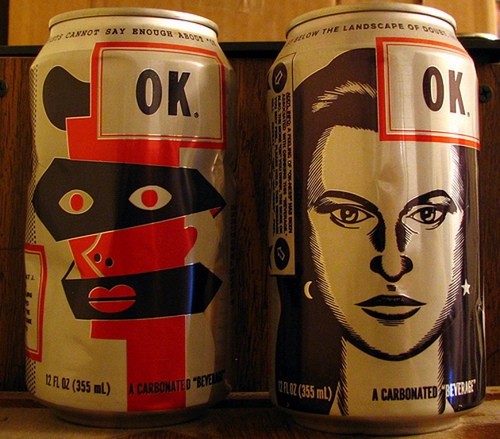 OK Soda, yes that’s the actual name, is possibly the most depressing drink ever to have been created, alongside such other taste monstrosities such as “Vanilla Ice’s Iced Tea” and “Idi Aminade”. Oh, by the way, we’re not going to tell you what drink brand out of that line-up is the fake one but the result may surprise you. OK Soda was Coca-Cola’s attempt to latch onto the general apathy of Gen X, an attempt which lead to them canning shitty-tasting soda and designing cans adorned with life-affirming slogans such as “What is the point of anything?”, both of which were definitely going to get consumers excited. But not about the drink; about killing themselves to escape seeing such colossal shit. Funnily enough this drink was scrapped. And, hey, speaking of which…. 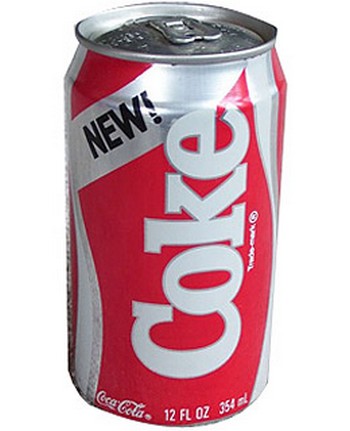 There’s not a lot the world doesn’t know about the New Coke disaster. Even lame people living in the middle of the arid deserts of Somalia could understand the term ‘New Coke’ and start laughing hysterically as a result. Simply put, New Coke was the audacious drink planned by Coca-Cola to replace Old Coke. Or Coke Classic as you may know it. But, since they stopped selling New Coke years ago, Old Coke / Coke Classic is actually technically New Coke and Coke Contemporary. Technically. Man, words are hard. We’d have a drink now, but for some reason, we might have a Pepsi after all of these.

6 Questions You May be Asked When Appealing Academic Dismissal