People like their booze, and have for centuries upon centuries. It’s not a secret that basically as long as there have been human beings roaming the Earth, there have been human beings trying to find ways to get good and liquored up. And apparently, we as a species have gotten bored with the regular old methods of, you know, just tipping back a bottle and chugging, so we’ve branched out to try a few more…interesting methods. And by interesting, we really mean utterly bizarre and impossibly stupid. 7.

Hand sanitizer is a good thing. Anytime flu season comes around, every school and work place has giant bottles all over the place to try to prevent the spread of germs and disease, and the people who put them there are just praying people actually use that big, clear bottle of disinfectant. Well, people are using it alright, but some of them are using it in a very different manner. There have actually been instances of high school students using hand sanitizer to get drunk, separating the alcohol in the bottle with salt and then going to town. And we have to ask, really? Are kids these days that hard up for booze? Can’t they just bribe a bum to get them a six pack or guzzle vanilla extract like a normal teenager?

Just the name of this one sounds disturbing, doesn’t it? And it’s exactly what you think it is which makes it even worse. Apparently, people with a lot less dignity than your average two dollar hooker are prone to taking a tampon, soaking it in vodka, and then, well, inserting it and letting their bodies absorb the alcohol from the inside. And it’s apparently not just women doing this, either. It turns out guys do the same thing, which means that, yes, there are men walking around out there with alcohol soaked tampons shoved up their butts.

If you’ve never heard of Pruno, that’s a good thing, since it means you’ve likely never been to prison. Pruno is a prison wine, so you can only imagine how foul and disgusting the ingredients are, let alone how awful and nasty it must be to drink. That isn’t stopping people from trying their hand at making Pruno despite having the advantage of not being locked up in an 8×10 prison cell, of course. If you’re wondering what Pruno consists of, basically you ferment old apples, oranges, fruit cocktails, and combine it with crap like ketchup, milk, sugar, and bread and, somehow, amazingly, this turns into a filthy, harsh alcoholic beverage. To sum things up here, it’s typically described as being “vomit-flavored.” Still probably better than Boone’s Farm, though.

Okay, now of all the ideas on this list, this one actually sounds like it could be, well, pretty awesome. After all, who doesn’t love dessert? And when you combine it with booze? Oh man, forget about it. Astonishingly, a can of either Whipped Lightning or CREAM, the two leading alcoholic whipped cream makers, run between 15% and 18% alcohol by volume, meaning this thing is going to get you absolutely smashed if you start ripping through it too quickly. Of course the crazy part is that it looks just like regular whipped cream, so there’s always the awful chance that a little kid is going to get ahold of it and thinks it’s the same thing his mom puts on his ice cream.

A lot of people have a serious fear of injections, and of needles in general. Well, you know what’s scarier than needles and injections? Loading up an IV with hard liquor and injecting it directly into your blood stream. This isn’t a particularly common way people are trying to get drunk, but it is absolutely one that’s been used before. In fact, it’s been used pretty publicly, with Jackass star Steve-O doing shots of vodka through an injection straight into his veins. Of all the methods for getting drunk on this list, we have to say this could very well be the most terrifying and absolutely insane of them all.

2POURING VODKA IN THEIR EYES

Okay, so maybe this ranks right up there as the scariest way people try to get drunk. First of all, if you’re even considering doing this, just stop. Eyes are very important. Eyesight is very important. And your eyes? Well, you probably noticed their extremely sensitive. So why in God’s name would you ever even consider pouring a shot of hard liquor directly into your eyeball? Amazingly, this has been something of a trend, with people deciding it’s not nearly hardcore enough to simply take a dozen shots of vodka the old fashioned way. The crazy part? Folks in the medical field say this doesn’t even get you drunk, so you’re basically just damaging your eyeballs to try to seem badass, when it’s just making you look like a freaking idiot.

Sometimes you hear about something and just hope and pray it’s not real. It has to be fabricated, right? There’s not a chance in hell people could be so stupid as to participate in such an activity. Except, sadly, apparently we as a human race are a lot stupider than we’d like to believe, which is why something like butt chugging is allowed to exist. Yes, this is exactly what you think it is. Basically, people shove a funnel up their butts and pour booze down the funnel and straight up into the rectum. Not only does it make you look ridiculous to do it, but it can also be incredibly dangerous. A couple of years ago, for instance, a student at the University of Tennessee got severe alcohol poisoning via butt chugging, so it could potentially kill you. Of course if you’re actively chugging booze through your butt, we’re guessing it wouldn’t be such a terrible loss to the world at large. 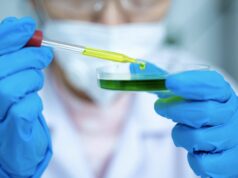 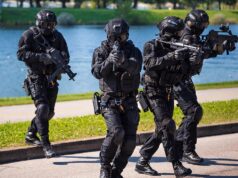