Video game controllers haven’t really come all that far from the earliest days of gaming, aside from the addition of a few extra buttons and knobs and the odd risky innovation like motion control. There’s a reason things have stayed pretty simple; most attempts to make controllers more complex have had weird results that, at best, are functional but awkward and, more commonly, are just flat out useless.

For those not familiar with the Resident Evil series, know this: recent incarnations have involved enemies that wield chainsaws. To cash in on the appeal of getting virtually hacked to shreds in the most agonising way possible, a peripheral company released a special edition controller in the shape of a giant chainsaw, which, sadly, is non-functional.

Look, we’ll be the first to admit that this controller looks awesome, in a ridiculous and over the top way. But it’s not exactly the most practical design. It can’t be comfortable to hold, and no matter how rational of a person you are you just know you’ll live in fear of it one day magically springing to life and sawing your leg off while you’re trying to play Mario or something. Oh, and good luck explaining the blood splattered chainsaw sitting in the corner of your basement to anyone who isn’t familiar with video games. 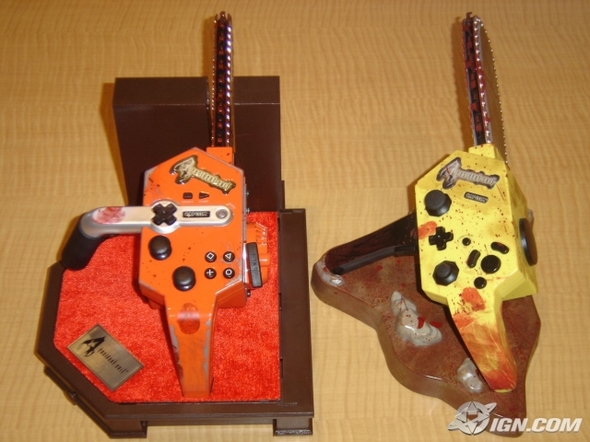 Steel Battalion, like 95 percent of games made in Japan, involves giant robots fighting each other. What separates this robot simulator from many others is the fact that it came with what is arguably the most nerdy, impractical and totally bitching controller ever.

It’s hard to deny how amazing this thing is. It has like, a million buttons, even including one for the windshield wipers, and there are pedals. Pedals! Unfortunately, the novelty wore off when gamers learned that they needed to fork over around 150 bucks for the controller alone. Add in the cost of the one game you can play with it and it became clear that this wasn’t the most practical investment. So, despite a lot of initial excitement and strong reviews the game and its controller sold poorly. Which is sad proof that, sometimes, you can make something that is just too cool for the public to handle. 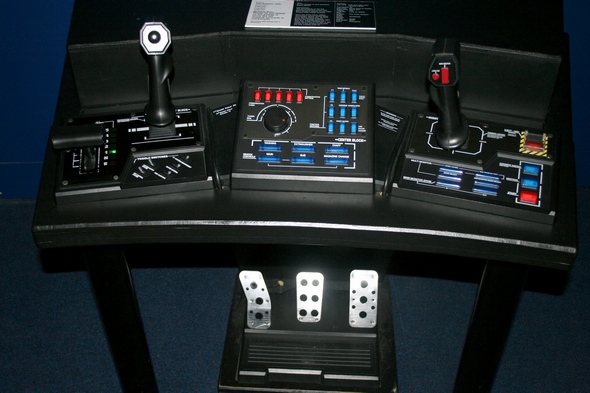 To be fair, we can’t argue the fact that this thing looks pretty realistic. But 200 bucks? If you’re that obsessed with trains then maybe you should get a job where you can, you know, drive one. That way you can profit from your hobby and get to control the real deal instead of sitting in front of your computer in the conductor’s hat your mom bought you when you were six, wishing your virtual passengers a nice day and wondering where your life went wrong.

Do you like dance games but hate the effort of, you know, dancing? Well don’t worry, because there’s a video game controller designed just for you! Of course, its target audience is far too lazy to purchase it, but never mind that. The bigger problem is that its target audience contains about roughly three people, because the whole appeal of dancing games is to flail around like an idiot in a series of motions that wouldn’t be described as dancing in any other context. This handheld device sort of defeats the purpose of playing these games in the first place, so we have to wonder what its creators were thinking when they came up with this weird concept. 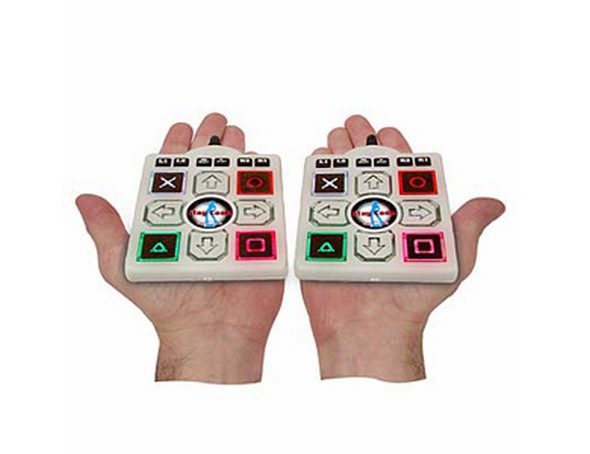