People watch movies for all sorts of different reasons. Sometimes, you want to watch a movie that will make you laugh. Sometimes, you want a movie to make you cry like a little baby, or actually have to activate your brain to figure out what’s going on. And sometimes you just want to have the chance to lust after your favorite, utterly unattainable members of the opposite sex. Or the same sex, that’s cool too.

It’s rarer that people choose movies specifically for the reason that they’re weird (after all, that’s why kooky independent films don’t tend to do as well as their formulaic blockbuster brethren). The movies on this list, for the most part, aren’t so over-the-top that you’ll have to stop in the middle and make sure that your head is screwed on straight. Instead, they have scenes with just enough oddity to intrigue and entertain us, without taking us too far over the edge.

Steve Buscemi could be the poster child for “going postal” in his turn as Rockhound, a geologist who flies into space to save the world in the movie Armageddon. Rockhound’s character pulls off plenty of weird scenes in the movie, including when he starts firing off a gun and nearly ruins the whole mission. But probably the weirdest scene is the one in which he rides a nuclear missile in homage to Dr. Strangelove and then goes on to parade around like a deranged hippie proclaiming “No nukes!” We imagine that we’d be a little less than sane if we went on a suicide mission to save the world, with the fear of dying in space tempered only by the fear of returning to Earth and having to pay a huge sum of money to a loan shark. But we doubt the stress would make us risk our gonads by getting them so close to radioactive materials.

Stab To The Heart in Pulp Fiction

Wait, are we trying to save her or kill her? It’s an important distinction.

Pulp Fiction is a movie that’s undeniably all full up with crazy, from Samuel L. Jackson spouting modified Bible verses before committing paid murder to some very naughty times in the back of a pawn shop. However, one of the more weird and startling scenes in the movie is after Mia Wallace (played by Uma Thurman) overdoses on a highly potent type of heroin, thinking it’s cocaine. John Travolta’s character Vincent Vega, instead of going to the hospital to save the life of the wife of a man who will have him very unpleasantly killed if anything happens to his not-so-blushing bride, takes her to a friend’s house. During the mounting panic, he is forced to stab Mia straight to the heart with a hypodermic needle full of adrenaline. Although we learn that this does actually work, we hope to God that we never are in a position to do this ourselves. 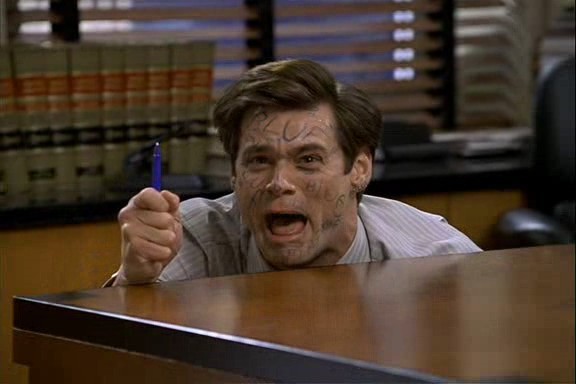 What color is the pen again?

Jim Carey’s brand of humor is largely based on exaggerated facial expressions and physical humor that often involves him ending up beaten, bruised, and with parts of his clothing destroyed or removed. Liar Liar makes full use of Jim Carey’s knack for making a fool out of himself, and at times it’s laid on a little thick. However, the scene in which his character Fletcher tries to prove he can lie by misnaming the color of a pen is a truly weird and funny example showcasing how even something as simple as drawing on yourself against your will can be iconic and innovative.

Floating, Trippy Bubbles in The Fountain 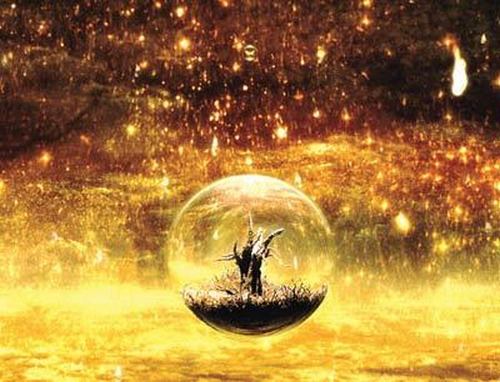 It’s hard to tell if this is a scene from the movie or an inventive creation by the minds at deviantart.

Even after watching a large portion of the Fountain we still have no idea what’s going on. There’s something about time travel, and a man and a woman in love, and a bubble with a tree in it swimming in some sort of primordial soup fertile with shiny, squirming protozoa. Despite the fact that we’re not sure exactly what’s going on, or why, we have to admit that the movie has a pretty weird and amazing way of showing it – whatever it is. Especially when Hugh Jackman is talking to the tree in the bubble and floating up into a sky raining shooting stars.

We can’t blame the movie makers for creating something trippy like this. It’s hard to escape the fact that if you’re going to try and create a vision of the future, you pretty much have to make it weird; anything too recognizable simply isn’t going to cut it as “futuristic.” After all, imagine what it would be like if you plucked someone from the 18th century and took him or her to downtown Tokyo in the 21st century. They’d probably have a similar reaction.

Reprogramming in A Clockwork Orange 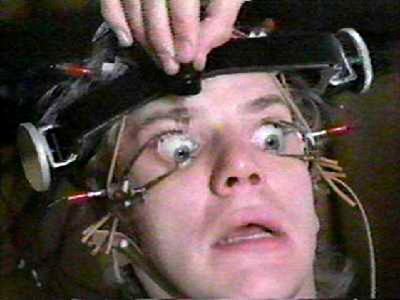 No, not endless hours of reality show programming! That’s torture!

Here’s another movie that’s just got weird written all over it. Set in a dystopian future, A Clockwork Orange follows the journey of Alex from depraved thug to brain-washed, spineless victim to mostly content family man who worries about the future of his offspring. There are plenty of weird scenes in this movie, from a beating that’s set to “Singing in the Rain” to a covert meeting in a bar that serves milk out of naked female statues. One of the weirdest is the one in which the government tries to condition Alex’s violent nature out of him by forcing him to endure nauseating sensations from a drug while watching scenes of horror with his eyes forced open. We’re not sure if this is the origin of this type of brainwashing in popular culture, but regardless, it’s a weird and memorable scene.

The Final Truth in The Prestige

He’s fine, he just has to hold his breath for a really, really long time.

Spoiler alert! Skip this part if you haven’t seen the Prestige yet, because this will definitely ruin it for you. Just like that time your brother let it slip that Ron dies at the end of Harry Potter (just kidding – at least about the Harry Potter bit). This movie is an interesting mind-trip about what it means for magic to be “real” and how the lines between sorcery and science can be easily blurred, and also pits the wits of Wolverine against those of Batman. The movie ends with a scene where the secret twist is revealed – that there really was magic/science involved, in which each night a new Robert Angier (Hugh Jackman’s character) was created using a machine created by David Bowie – er, we mean Nikola Tesla. Robert couldn’t exactly have copies of himself running around, so he had to kill off the old version of himself, and this scene reveals the horrible truth. We’re sure there’s something deep and meaningful to that if you look hard enough. Either way, it’s plenty weird for our tastes.

Pretty Much All of The Fall 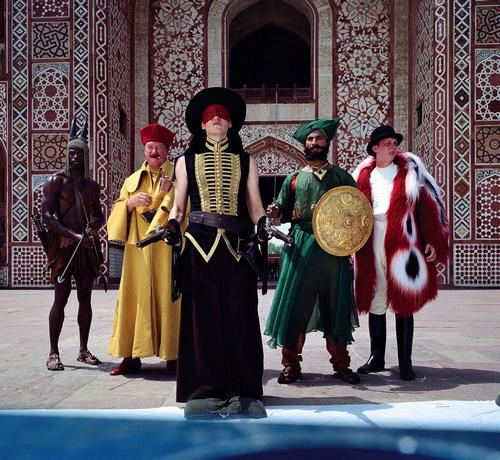 That’s a nice coat you got there, Darwin!

The Fall is a totally under-appreciated movie about the entwining of fantasy with real life that takes place alongside the sad tale of an injured stuntman (Roy) trying to enlist a young girl named Alexandria to help him kill himself by weaving imaginative, anachronistic tales that come to life in her mind – and on the screen.

Throughout the movie, the colorful band of heroes – including an explosives expert, an Indian, an ex-slave, a masked bandit and Charles Darwin, all done up in remarkable costumes – comes together to face their communal enemy, Governor Odius.

The movie has a variety of interesting scenes, including one in which the masked bandit (who is also Roy) meets a pretty lady (who is also a nurse at the hospital) and the lady can’t stop sneezing and wiggling, because Alexandria can’t stop sneezing and wiggling “in real life.” Then there’s a scene where the bandit has to shoot the lady, but she’s saved by a heart-shaped locket. And of course you can’t forget the heroes escaping the island with the aid of a swimming elephant. All in all, this movie is one big pile of weird scene goodness.