By the time the weekend rolls around, many of us like to unwind with a nice adult beverage (and hey, if you’re feeling randy, an adult movie to match). Whether you’re a beer drinker, a wine drinker, or someone who likes girly drinks with little umbrellas, it’s always nice to just sit back and relax, reveling in the fact that the work week is over. And then when Sunday rolls around, you start drinking again when you realize that the new workday is almost upon you. The bottom line is that Homer Simpson was right. Alcohol really is the cause of and solution to all of life’s little problems. Of course, some people go a little crazy with their alcohol. No, I’m not talking about how much they consume. I’m talking about the weird, crazy stuff they put in it. And boy, do they ever put some weird, crazy s$*t in their alcohol.

When you sit down to watch the proverbial big game, chances are that if you’re of legal drinking age (or hell, maybe even if you’re not) you will be enjoying a nice cold beer and a few slices of pizza as you watch sweaty men in tight fitting clothes slam repeatedly into one another. Well apparently one day someone looked at the pizza, looked at the beer, and thought, “Hey, that might make a good beer flavor.” 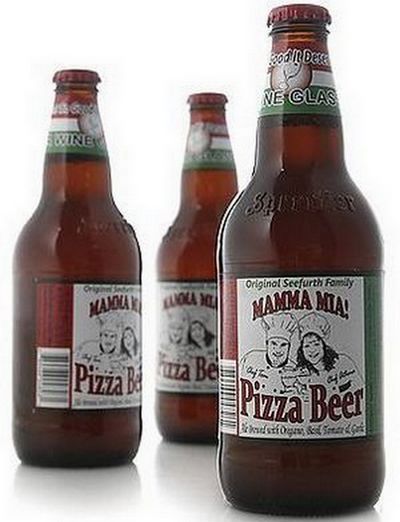 I can’t imagine this person was correct, but for whatever reason, Pizza Beer actually exists. The Mamma Mia Pizza Beer company decided that it might be a good idea to throw all of their favorite pizza ingredients together, make them nice and alcoholic and pass them off as beer. The ingredients include actual pizza crust, tomato, oregano, basil and garlic. Finally, the beer that combines drunkenness and late night drunken munchies into one convenient little bottle!

Just as much as we all love a little pizza to go along with our beer, we love…chocolate donuts? Wait, combining chocolate donuts and beer together doesn’t sound very appetizing. Probably due to the fact that one is extremely sweet, while the other is often as bitter as a jilted lover. Which, for the record, is pretty damn bitter. 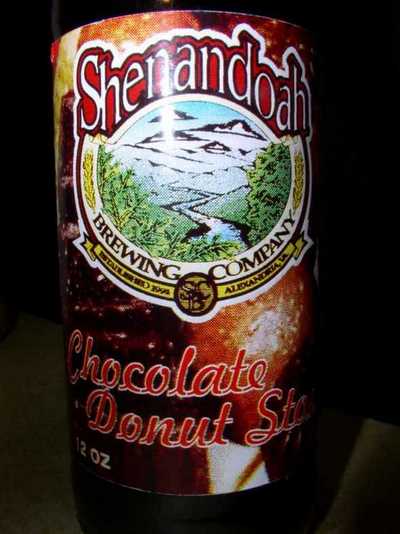 Still, chocolate beer is actually pretty common, and if you like thick, heavy stouts it’s really not that bad. Hell, it’s so common that even Samuel Adams brews a chocolate bock, and Sapporo, a Japanese beer company, brewed its Chocolate Brewery with real Royce chocolates (a big time chocolate company in Japan). But chocolate donut beer? That’s a new one on me. And it sounds delicious.

And what better to wash down that chocolate donut beer than with a little milk? Milk vodka, that is. Well, they say milk does a body good. But what happens when you use milk to make a highly potent brand of vodka? If you’re anything like me, you’ve found a new way to eat your Cap’n Crunch. But there are vodkas out there that use milk as the primary ingredient, such as Vermont White. Vermont White combines the creamy taste of vanilla with the biting warmth of, well, vodka. 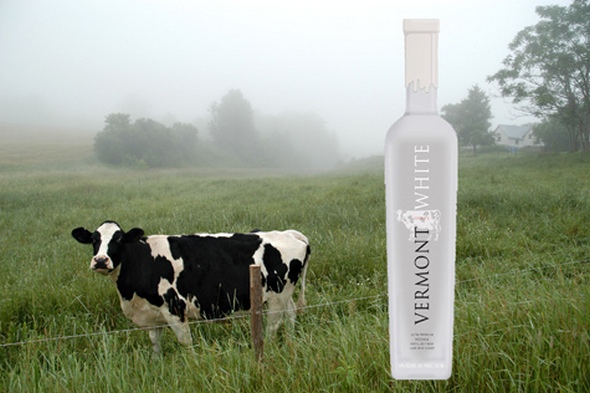 As far as vodkas go, it is actually pretty damn good, too. It’s even gained a little bit of fame, too, as reportedly Jay-Z himself is a pretty big fan of the stuff and rumor has it it’s prevalent at his 40-40 Club in New York City. Hey, if it’s good enough for Jay-Z, it’s good enough for us.

If you weren’t content before with the awful gas that beer alone gave you, your significant other will be just thrilled to learn that someone has taken it upon his or herself to remedy that problem with the creation of chili beer. Combining the power of alcohol and chili, the key ingredient to almost every Mexican dish that ever made your farts damn near lethal without the additional aid of beer, your Dutch ovens have never been so potent (and potentially life threatening). 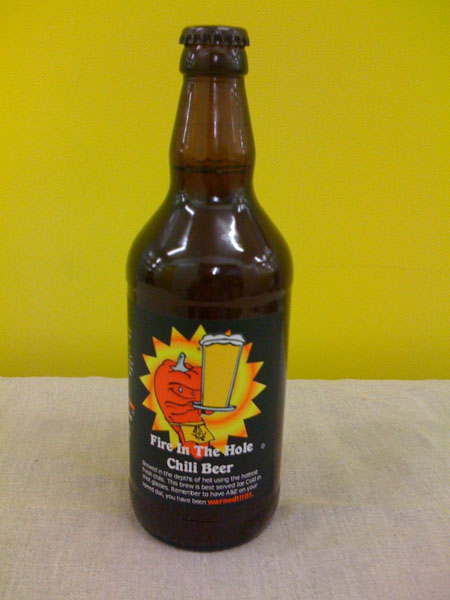 Now whereas most people like to drink a beer to quench their thirst and often to help fight spicy foods, the people who make chili beer have decided that a beer that doesn’t burn your mouth is for pansies. The idea actually started when, rather than using a lime like most people someone decided to push a chili pepper down into the beer. Shockingly, it didn’t go over well. Even more shockingly, they decided to make a beer based on the idea anyway.