With the release of The Amazing Spider-Man in 2012, everybody will no doubt be wondering who the villain(s) will be in the inevitable sequel. Well, we’re not experts at writing movies but we can certainly tell you it’s not going to be any of these guys….

In his past life, Beetle was a lowly factory worker called Abner Jenkins. Unsatisfied with his working conditions and bosses, he elected to build a set of deadly flying beetle armor in order to finally get the recognition he obviously deserved. 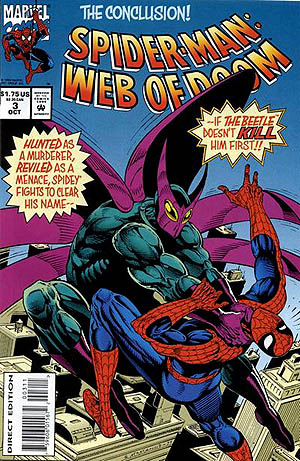 However, we’re unclear as to why when faced with a shitty job and low wages, he didn’t do any of the things we’d do in this situation: A) Use his (not too inconsiderable) knowledge of robotics to get a much better job, B) Consult with his union, or C) Handcuff himself to some railings and chant about how he’s the 99%.

Like Hobgoblin, there have been four incarnations of this batshit insane villain. The first incarnation appeared in 1964 and, thanks to some Deux Ex Machina magic, he can’t die like a normal person and only Spider-Man can kill him. It’s unknown why he hasn’t taken him up on this offer yet. 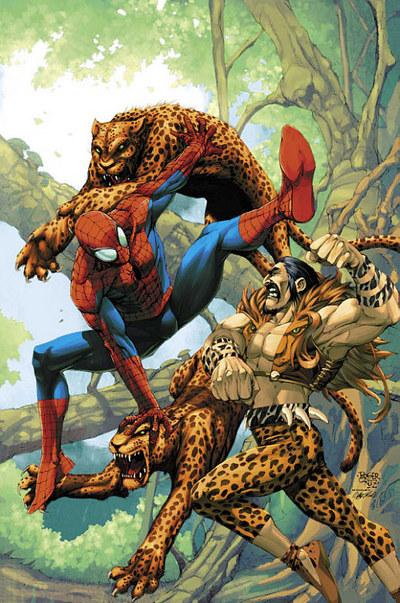 Reall though, the next three incarnations are quite boring. Apart from the fact that the third Kraven fought another supervillain and lost the fight against him, only to not be killed but turned into a walking, talking lion. It isn’t known whether he enlisted the help of Spider-Man in finding some courage, but that’s all moot now thanks to the fact that his own dad decided to kill him. Erm… thanks Pa!

There’s literally no way we can make his man sound any stupider than he already is, so we’re going to describe him without any hyperbole: Hammerhead is a criminal who dresses like a 1920’s mobster and has a flat head with a metal plate inside it. Stop laughing. We’re serious. 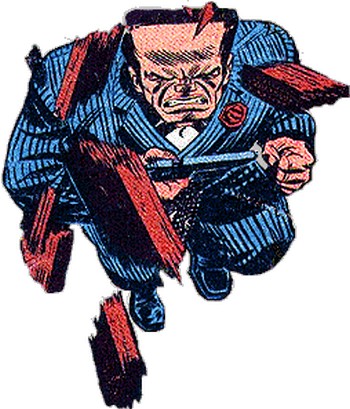 Over the years, he’s had equally-stupid adventures including getting turned into a ghost who haunts Doctor Octopus, being killed by a super-intelligent computer, and is renowned for defending himself by headbutting people to death. We said stop laughing!

Fred Myers used to be a professional football star until for some reason he decided to quit all of that and become a master criminal instead. Unfortunately for him, he forgot the ‘master’ part and called himself ‘Boomerang’. You’ll never guess what his main choice of weapon was. Hint: it’s not a didgeridoo. 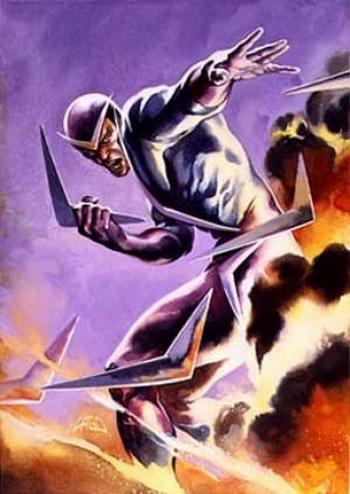 Don’t think he just used normal boomerangs though. He also created explosive boomerangs, razor-bladed boomerangs, and tear-gas firing boomerangs. However, what he might have been too stupid to realise was that he attached these deadly weapons to an object designed to return to the person that threw it.

Yeah, the Spider-Man franchise has two villains with the moniker of ‘goblin’. But, whilst the Green Goblin dresses in… well… green, the Hobgoblin chose a more fabulous colour for his costume. What about the origin story? It’s not really that hard to understand. The first Hobgoblin (of five!) acquired the Green Goblin’s weapons, paints them orange, and starts flying around, blowing everybody’s shit up, and calling himself Hobgoblin. Told you it wasn’t that difficult to understand. This guy kinda sucks pretty hard so we have a feeling IGN were smoking something hardcore when they called him the 57th Greatest Comic Book Villain.

If we told you that Swarm’s main method of attacking people was to cover them with bees, you’d be questioning why he’s on this list. However, since this list is of the Worst Spider-Man Villains, you know there’s some retarded about this guy. And there is. 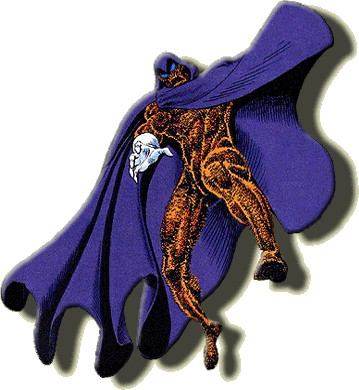 He was a Nazi. A Nazi who was eaten by a particularly vicious swarm of bees and effectively possessed all of those flying bastards that ate him, meaning that he is the swarm. It’s strange and probably impossible, but then again you need to remember that this is a universe where men get bitten by spiders and get superpowers. Don’t think so much.

We…we honestly don’t know what to make of this guy. When we first read about him, we went and researched the first issue he appeared in, convinced that this was some sort of April Fools joke which escaped into the real world. Sadly, it wasn’t. 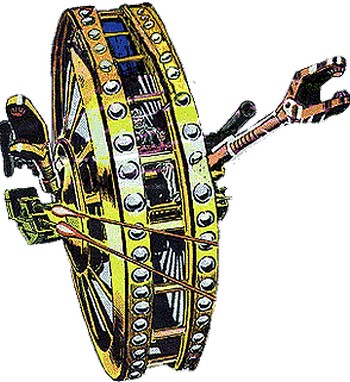 Big Wheel is the criminal nickname of Jackson Weele, a punchline so obvious it nearly makes us cry. Oh, and he’s also a man who dresses up inside a giant wheel with an arm and robs people. Strangely, this guy still hasn’t died, but to be fair if we were Spider-Man we’d let this guy live. After a hard few days of fighting Lizard/Octopus/Vampire hybrids, it must be nice to let your Spider-Hair down and fight a man who thinks this is an ideal way to commit crimes. God bless you, Big Wheel. You idiot.