Assassinations are a dirty part of global politics and warfare, and as you can probably guess there are tons of attempts on the lives of political leaders that you never even hear about. You would imagine that these assassination attempts would involve only the most elite soldiers and snipers, pulling off James Bond-level operations in order to take out an important, hopefully, maniacal figure.

Of course, that’s not always the case. Sometimes you’ve got to try to take someone how in any way that you can, and some of those times, the results are downright weird, and often hilarious.

7Winston Churchill and the Chocolate Bars

In a move straight out of a Three Stooges episode, believe it or not, the one and only Winston Churchill were once very nearly taken out by some chocolate bars. And let’s be honest, who couldn’t be easily taken in by a plot involving chocolate? It’s delicious and decadent, and in this particular instance, it was also apparently incredibly dangerous.

The Nazi party decided that to take out one of their fiercest enemies in Winston Churchill, they would use his sweet tooth against him. Only unlike anyone with anything resembling logic at their disposal, they decided that rather than just poisoning the chocolate they would make it freaking explosive.

Yes, that’s correct: the Nazis sent exploding chocolate to Winston Churchill in hopes he’d blow himself up in a moment of indulgence.

6Fidel Castro and the Wetsuit

Not to be outdone in terms of insanity, the Central Intelligence Agency made it one of its central missions for years, and even decades, to find new and increasingly insane ways to try to assassinate Cuban President Fidel Castro.

So, do you remember how the Nazis didn’t poison that chocolate they gave to Churchill? You should since we told you about it only a few moments ago. Anyway, that’s something it would make sense to poison. A wetsuit, however? Yeah, that’s something crazy to try to poison.

But that didn’t stop the CIA from trying to line a wetsuit with “spores and bacteria” which they hoped would take out the Cuban dictator, who was an avid diver, and who they hoped the tainted wetsuit would give a skin disease that would slowly and painfully kill him. It doesn’t get much more absurd than that, does it?

5Patrice Lumumba and the Toothpaste

You may not have ever heard of Patrice Lumumba, but at one point there was such a bizarre plot to take his life that you’ll no doubt seek out more information about why people wanted him dead so badly, and what other stupid plans could have possibly been employed. Here’s the shorthand, though: Lumumba was the first democratically elected prime minister of Congo, and he was ultimately assassinated via the old fashioned method of just being shot dead. However, the Congolese prime minister with some serious communist leanings had been the target of some previous assassination attempts, the most hilarious being an attempt to slip him some poison toothpaste. The CIA, which was apparently all about coming up with the most ludicrous methods through which to kill people, slipped a tube of poisoned toothpaste into his bathroom, which was then thrown into a river before he could use it and, well, die.

4Abd al-Karim Qasim and the Hankerchief

At almost precisely the same time the CIA was trying to take out Patrice Lumumba, they were also trying to assassinate Abd al-Karim Qasim. This was also the exact same time they were plotting to kill Fidel Castro, so, apparently, the CIA were just kill-happy pranksters who enjoyed laughter almost as much as bloodshed.

Abd al-Karim Qasim was an Iraqi general who the CIA hated before it was fashionable for Americans to want to kill Iraqis, and he seized control over the Middle Eastern nation in 1958 and ruled until his death in 1963, though to the chagrin of the CIA his death did not come via their absurd attempt to kill him with a poisoned hankerchief. Fortunately, the US never had to deal with any other awful people in Iraq after Qasim was finally dealt with.

3Jorg Jenatsch And The Axe-Wielding Bear

Jumping way back in time to the 17th century, let’s talk about the attempted killing of Jorg Jenatsch, which involved a scene straight out of the worst Nicolas Cage movie you could ever imagine. Jorg Jenatsch was a Swiss leader who actually falls on this list not just because the attempt on his life was hilariously stupid, but also successful.

So what was so ridiculous about the manner of his death? Well, how about the fact that it involved someone dressing up in a freaking bear costume and swinging an axe at him? Seriously, that’s what happened.

As we said, it’s like a bad Nic Cage movie. He was killed in 1639 by a dude in a bear costume who hacked at him with an axe, though the identity of his killer remains a mystery. Because seriously, it’s a time-traveling Nic Cage who went crazy after starring in The Wicker Man, of course.

2Agrippina And The Falling Ceiling

The mother of Nero, Agrippina was exiled at one point in her life but apparently, that wasn’t enough, so she had to be killed by ridiculous means. According to some accounts, and again this has never been fully verified because come on, this was ancient Rome and record-keeping wasn’t of the highest priority at that point in time, Nero got a little perturbed with his mom so he had a mechanical contraption installed above her bed.

What would that contraption do? Well, naturally, it would cause the ceiling to come crashing down on her in her sleep. Seriously, man, this is some legitimate Mouse Trap stuff that was going on in Rome. Nero be crazy.

1Fidel Castro And The Exploding Cigar

We’ve mentioned one plot to kill Fidel Castro already, but let’s be honest, we could fill up an entire article with plots to kill the Cuban dictator, and each one would be more comically ridiculous than the last. If you thought the wetsuit plot was stupid, wait until you get a load of the freaking exploding cigar plan. Yes, you read that right.

The most absurdly cartoonish assassination plot imaginable actually almost happened. It was revealed in 1967 that seven years prior, the CIA had attempted to carry out a preposterous assassination plot that involved slipping Castro an exploding cigar.

And unlike those cartoons where a cigar explodes and leaves the smoker with a face full of soot and a bewildered look, this would have blown Castro’s head pretty much clean off. And we’d be laughing at the absurdity anyway, because seriously: exploding cigar. 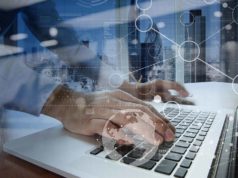 5 Things To Know About Personal Background Checks – Curiosity Or Need?

Cannibalism – Survival of the Fattest

Cannibalism – People Who Eat Other People