The Super Bowl is one of the most-watched, if not THE most-watched events on television. It’s more of a cause for celebration than many official holidays; people spend record amounts on coming together and having a good time during one of the most important competitions on the American sporting calendar. And it’s not just Americans who get in on the act; the grand struggle between the opposing teams on the NFL heap draws viewers from around the world.

So it’s not surprising that the Super Bowl commercial is starting to become something of an art form in and of itself. In fact, there’s a whole category of Super Bowl watchers who couldn’t care less about the sport, and only care about seeing the best that the commercial world has to offer (and flipping channels to watch the Puppy Bowl every chance they get). It’s gotten to the point where people actually enjoy the commercials, instead of willing them to pass so that they can get back to the scheduled programming. This is truly an advertiser’s dream come to life.

Don’t be fooled when someone tells you he was just trying to read the logo on her jacket.

It’s not surprising that the main target audience for Super Bowl commercials is males who like to watch football. And we don’t think it’s a stretch to say that these same males like to watch sexy women being sexy. After all, why do you think cheerleaders exist? There’s just something special about cutting from the footage of burly men beating each other to a pulp to women shaking what they’ve got, we guess.

The only problem with attempting to make a sexy commercial is that it seems surprisingly easy for advertisers to fail. Seriously, how hard can it be? GoDaddy fell into this category when they decided to cast Joan Rivers as a sexy model. We left watching that commercial with trembling uncertainty: was that her real 77 year-old body? It’s not possible; there must have been some slick editing in there. Should we feel bad for finding her attractive? How do we know what to feel? This is a case in which a product has completely divorced the commercials from what they’re actually trying to sell. We just don’t know anything, anymore… 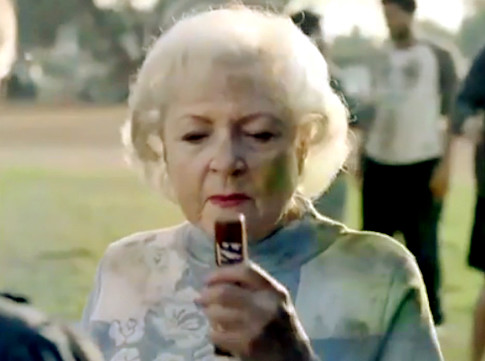 Nothing funnier than Betty White eating Snickers. And then getting smashed to the ground!

Another thing that tends to be enjoyed by the Super Bowl commercial target demographic (and, to be fair, a large portion of the world population) is slapstick humor. Anything where someone gets tackled, punched, kicked in the groin, knocked over by a log, slapped, or otherwise mauled in a funny way is fair game.

Slapstick is easy to overdo. It’s actually surprisingly difficult to get people to genuinely enjoy the pain of others. That’s why Snickers managed to hit a home run with their Betty White commercial. We all know that it’s not really her getting tackled (it would have broken her impressively-aged bones to bits!); and so we’re okay with the aggressive move. And the point of the commercial isn’t that it’s fun for people to get hurt; it’s that if you don’t properly fuel your body, you’re more likely to get hurt, and no one wants that. It’s a message that we can all get behind! 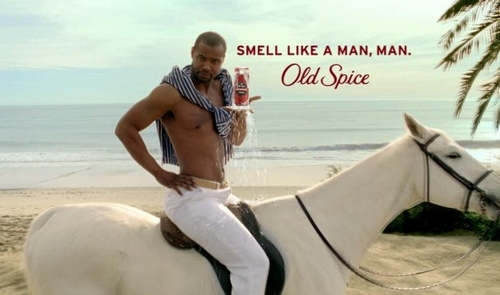 If you’re wondering why a man on a horse is epic, go and watch the commercial already!

We have to admit, Old Spice has set the bar for epic-ness in commercials pretty high. You’ll agree, especially after you find out that the commercial was made in one continuous shot. Now that’s the manly way to do things!

Everyone loves things that are epic. We like to think that we, too, will someday get a chance to be epic, and the commercial-writing-powers-that-be know this fact and exploit it in all its glory, filling our minds with images of aliens and water-gods and suave men on boats, surrounded by delectable women. 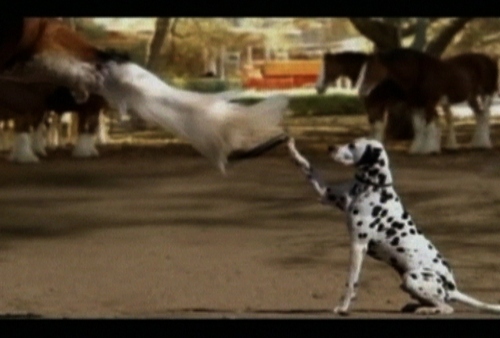 What could be more family-friendly than adorable animals?

The more people who watch the Super Bowl, the more money Fox network can charge for those precious commercial slots. Because of this, Super Bowl advertisers and promoters aren’t above turning the yearly tradition into a family affair. This has especially increased in recent years; now it’s not surprising to see advertisements including women and kids, and catering to those demographics.

Of course, certain products (such as beer and internet domain names) advertised during the Super Bowl aren’t exactly family friendly. Still, that doesn’t mean that you can’t make the commercials for those products acceptable to any and every viewer by throwing something heartwarming into the mix! 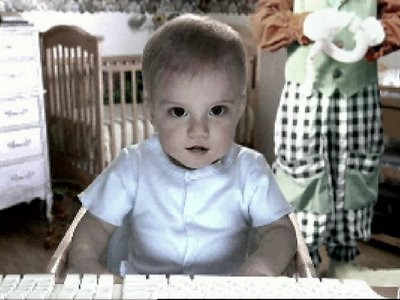 We’re sure we’re not the first people to point out that the line between cute and creepy can be very, very

We’re happy, though, that they haven’t gone completely over to the cute-dark side; there’s always some humor thrown in to balance out the general squee-ness. After all, they wouldn’t want to scare off all the manly men who treat football like a religion, would they? That’s why the baby has the voice of a grown man, and deals with adult issues such as girlfriends, giving advice to his buddies, and the universal fear of clowns. 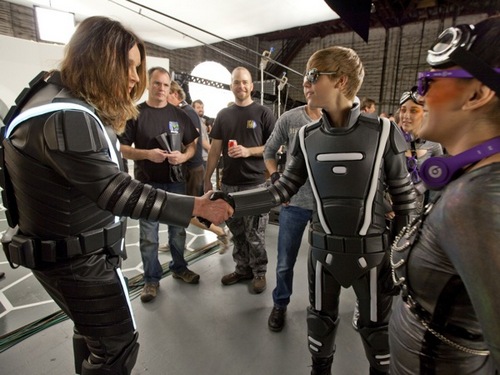 Aw, it’s so cute when the young girls get to meet their crush/idol Ozzy!

Everyone loves celebrities. Even hating them is a form of loving them – just the fact that you know about them means you’ll pay attention when they come on the television, whether to laud or heckle their performances.

The appearance of celebrities in Super Bowl commercials has increased in recent years, just as the viewership of the Super Bowl has grown to include people who wouldn’t traditionally be interested in football. We can speak from experience here – even if we don’t know the names of any of the players, we’ll sure know when one of our fave music or movie stars shows up in a commercial. It’s just a bit of a nod to people who aren’t necessarily following the game play for play. 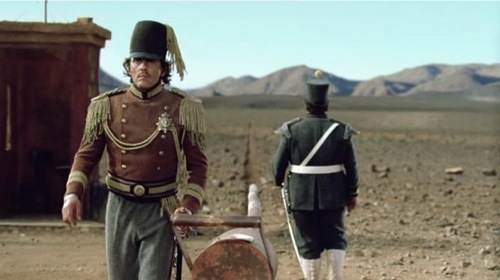 Funny and sensitive to current events without being offensive! Uber-win!

This is the sweet-spot for commercials – the category that many aim for, and few achieve. We think that one of the Coke commercials made it this year. In the commercial, two guards patrol a border with obvious contempt for each other. When one opens a cold drink on a hot day, the other looks on with longing. The guard with the drink temporarily changes the border so that he can share his bounty.

This commercial hit all the right notes – creative, touching, memorable, without crossing the oft-crossed line of offending anyone. We all understand the issues around contested borders, and yet this commercial calls to mind a simpler time than the complicated one that we live in.