First off, let’s get this straight: we’re not trying to objectify the act of girls playing sports here. We love women! We love sports! Women who play sports are awesome! There are tons of reason for women to play sports that have absolutely nothing to do with the way they look when they are playing them!

However, there’s nothing wrong with people enjoying the view as much for the sake of awesome athleticism as for the sake of well-shaped, well-toned bodies. And women who participate in the following sports have plenty of both to offer. Besides, if you’re a women who looks good playing a sport, can you really say that it means absolutely nothing to you? Most people like to succeed at things. These women simply succeed in sexiness in addition to balancing, throwing, kicking, and jumping. Surfing – it does a body good!

Surfing is probably the original sport that made women playing sports sexy. And it’s just gotten better over time. The women have stepped up their game, and the bikinis have become ever more bikini-er.

The thing is, surfing isn’t easy. It’s not like just anyone can pick it up. Not only do you need excellent balance and coordination, but you need to maintain those things while trying not to die as huge walls of water crash down on your head and rocks and reefs roam around looking to crack your skull. So true surfer girls aren’t just hot and talented – they’re tough, too. Probably tougher than you.

Surfer girls are not to be confused with beach bunnies who like to carry around surfboards or hang around with guy surfers. The beach bunnies might be cute and somewhat entertaining, but they will never approximate the sheer dedication and physical brilliance that makes surfers truly hot. 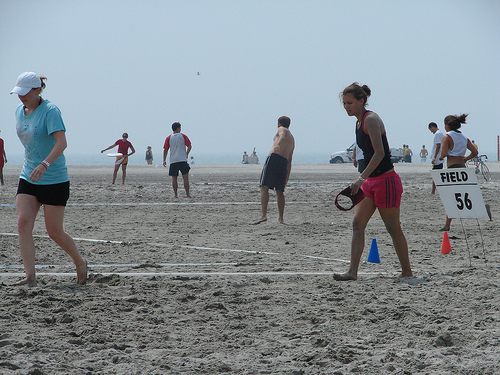 You might never have heard of Ultimate Frisbee before. If that’s the case, we’re sorry! You’re totally missing out on an awesome time – not to mention some awesome women.

First off, Ultimate is perhaps most popular in the sun-kissed state of California (although the popularity of the sport is growing all the time, look for hippies and college campuses) and other areas that are warm and sunny. So you’re drawing from a pool of women who are already fit, tan, and in love with the outdoors. Second, Ultimate, like surfing, is a great full-body workout. Which means that the women are rewarded with bodies that are well-proportioned for all of their dedication – no skewing of the size of certain attributes. Third, Ultimate isn’t just something for friends to play casually on the weekends; college and league tournaments are held across the country and the world, meaning that these women aren’t just athletic, they’re dedicated, too. And dedication to something you love is uber-sexy.

The best part is that the Ultimate-playing population tends to be very welcoming to newcomers. Next time you see a bunch of women throwing a disc around, ask them to teach you the forehand flick. You won’t be disappointed. 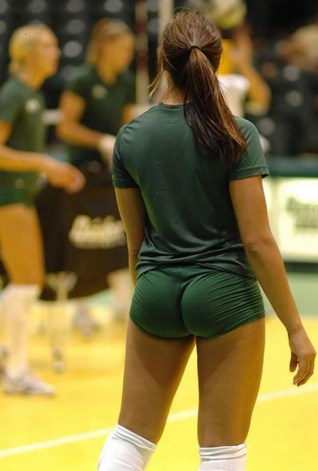 There has been some discussion among people we know about whether a sport can actually be called a sport if the participants wear makeup. For the sake of the awesomeness of this list, we’re going to let it fly.

Indoor volleyball is a sport that showcases the skills and talents of tall, powerful women. It also tends to showcase their anatomy in the tiny uniforms that have become de rigueur for the sport in recent times. No wonder these teams have hoards of male followers more than willing to sacrifice their time to be “managers.” Fly around the country and hang out with a bunch of hot women? Yes please!

You also have to consider the fact that hitting a volleyball repeatedly can be painful, and it takes a lot of practice to get good at it. It’s all well and good to be with a girl who shies away from potentially painful situations, but having a girl who is willing to tough out the hard parts of life is even better. 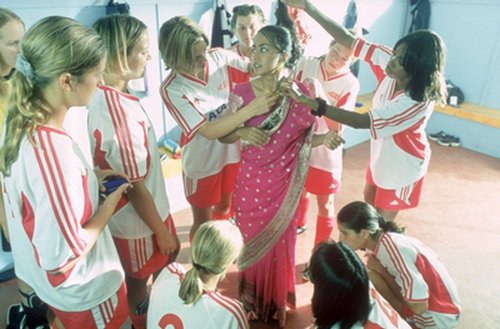 Soccer has been around for a long time, and women have been playing soccer for a long time. However, just because soccer is the grand dame of sexy women sports doesn’t make it any less sexy.

Because soccer is so popular, women often start at a young age, and even if they move on to other sports on this list, they usually get their start with kicking around the ball. The longer a woman plays sports, the more toned and talented her body becomes. The whole start-and-stop motion of the gameplay is perfect for developing long, lean legs, high metabolism, and an overall sporty physique.

Not to mention the fact that there’s a lot to be said for a person who isn’t afraid to hit an incoming ball with her head! 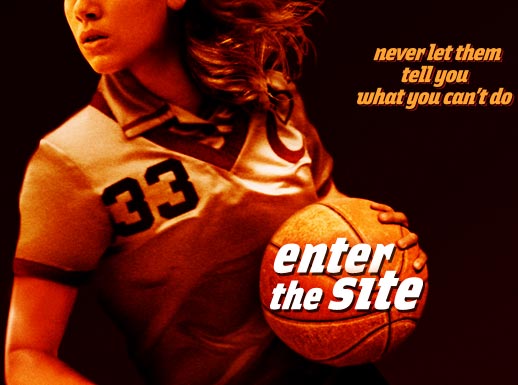 If you wish you were that 33, you know what we’re talking about there.

Basketball is another wildly popular women’s sport. It’s played from grade school through to college, and beyond that, professionally. So if you love the ladies who dribble and dunk, you’ve got plenty of opportunities to see them in action.

Despite the fact that women have played basketball for a long time, it’s still seen primarily as a male sport. And it’s a popular male sport. So a woman basketball player has to be strong-willed to succeed on and off the court, and not worry what people will think about her. That kind of confidence is a sure road to hotness.

One of the best parts of basketball is all of the vertical motion that’s involved. For some reason, people who love looking at women have always enjoyed watching them jump up and down. It’s probably something to do with how bouncy their hair is… 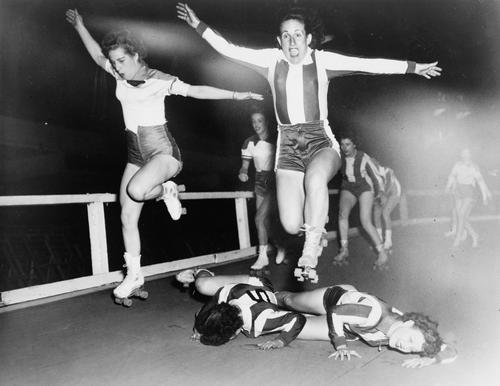 We’re not sure what’s going on here, but it looks pretty badass. And badass is hot!

In the last few years, roller derby has enjoyed a huge renaissance. Just look at the recent derby-related films to see what we’re talking about. Chances are you can also attend derby games right in your own hometown.

Enjoying roller derby is slightly different than enjoying other sports played by women. It’s designed to be sexy – the uniforms worn by the woman can attest to that, with fishnets and heavy makeup being practically required. At the same time, it’s brutal on a level that rivals football. The whole point is for women to smash into one another, and injuries are common.

If you like seeing attractive women in action that isn’t quite as wholesome as other sports on this list, then women playing roller derby are for you! 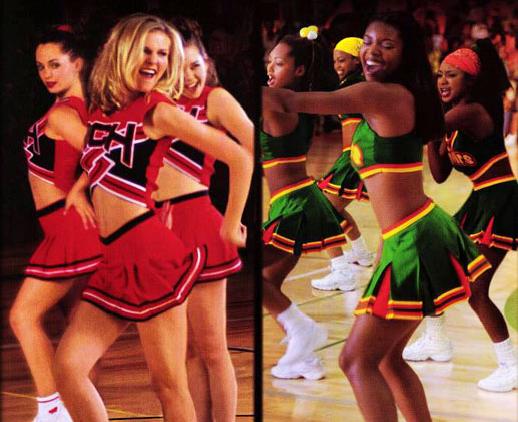 We don’t even know what they’re cheering for, and we don’t care.

We’re pretty sure that cheering didn’t used to be a sport. But now that there are almost as many injuries doing it as there are in football, and the cheerleaders wear skimpy bits of fabric instead of padding and helmets, we think that it counts.

Cheering is like dancing, only it involves jumps and flips and building human pyramids. The whole part about getting people excited for a team playing another sport is sometimes not even as important as watching these girls at work. So if you go to games mainly to see girls getting their sexy groove on, don’t feel like you’re alone.

We’re not sure what exactly spurred people to pair women doing their sexy thing with men beating each other to a pulp, but we’re not complaining. The more, the better!