And when you do come across these other strange, humanoid creatures, which you will be unused to seeing as chances are good you spend an inordinate time in front of the computer reading weird and entertaining news articles, you’ll want to be able to neatly categorize them into groups so that you can better analyze and understand them. Seriously, why else would you want to go to the beach? To get sunburned and have to deal with sand in uncomfortable places? Please. 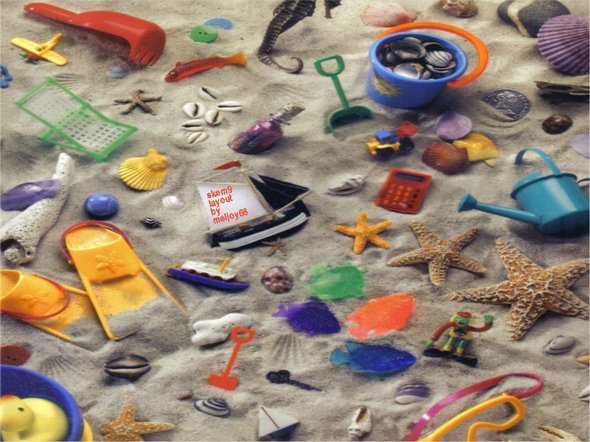 Whether the economy is in fine form or circling the toilet on the way down the drain, you’ll always be able to spot Consumers on a beach. These beach personality types are most easily recognized by their baggage. Expect to see four people carrying at least five lawn chairs, an umbrella, a cooler, bags, towels, boogie boards, surfboards, shovels, and possibly even a kitchen sink.

You’ll find Consumers just as often on the boardwalk as on the actual beach. They’ll bring plenty of their own food, but will leave it to fester in the hot sun as they sustain themselves on the boardwalk instead of consuming their limp sandwiches and squashed bananas. There’s also a 100% chance of them leaving with more stuff than they came with, even if their homes are already full to overflowing with giant stuffed animals, hermit crabs, novelty toys that break after one use, and t-shirts with ‘funny’ sayings such as “This beach smells! Who left grandma out in the sun?” 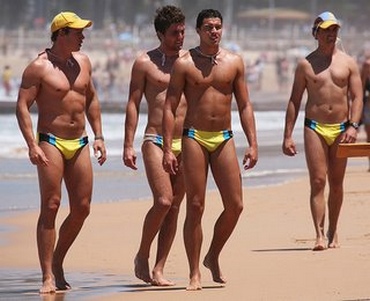 These people really wish they were naked right now.

The Minimalist (a.k.a. Wannabe Nude Beacher) is the polar opposite of the consumer. He or she (in most cases, he) will rarely bring more to the beach than a Speedo and an expensive watch. He’ll spend as much time checking himself out as checking out others. Don’t expect him to come with anyone; the Minimalist doesn’t like excess baggage. But he’ll be perfectly happy to pick up a little something on the way out, and we’re not talking fried clams. He wouldn’t want to ruin his presumed perfect physique, after all. And yes, his concept of ‘perfect physique’ may range anywhere from a shaved and oiled six pack to a hairy, unkempt keg belly.

Expect this person to have lived in or travelled through Europe or South America within the last five years. Or at least, to tell you that he has. A lot. Also, a tan is an absolute must, which means that the skin gets quite leathery on some of the older specimens. 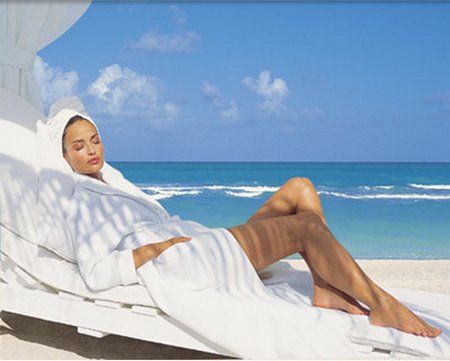 Almost what we’re talking about, except with chairs covered in gold leaf.

You might confuse the Luxury Lover with the Consumer; the main difference to keep in mind is that the Luxury Lover will spend as much or more money on a beach trip than a Consumer, but won’t be quite so tacky about it. Luxury Lovers are often rich, childless couples or rich, single women. They’ll rent huge houses right on the waterfront (because who wants to deal with the hassle of parking if you can afford not to?) and line the complimentary beach recliners with 100% Hybrid Egyptian Cotton/Baby Alpaca towels that cost more than your whole trip. They’ll also attend the fanciest restaurants, where they’ll pay obscene amounts of money to order a world-class chef’s interpretation of the funnel cake, complete with caviar and truffles, and laugh as they watch all the little people scurrying around trying to decide whether to give their kids more quarters to waste on the boardwalk games. They live for the thrill of making others jealous, and often succeed stunningly. 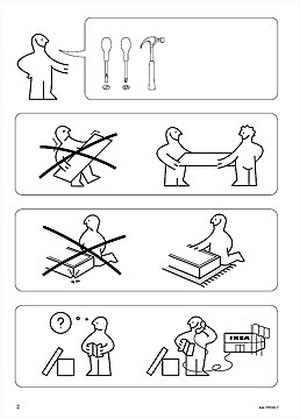 The Do-It-Yourselfer/Economizer is not quite cheap enough to treat the family to a summer full of “staycations,” but he or she still isn’t letting any more money than necessary slip through tightly clenched fingers.

Do-It-Yourselfers will make their own sandwiches (preferably out of homemade bread and store brand peanut butter), never rent anything like a boogie board or an umbrella (no matter how sweltering it gets under the midsummer sun), and drive around for literally hours before finding a parking spot that’s free (or at least fifty cents cheaper than the first spot they saw). Expect to see their children in tears when their homemade kites fall to pieces, or trying to scavenge bits of cotton candy and saltwater taffy out of trash cans.