When it comes to healthy eating and a good diet, everyone knows that moderation is the key. However, some food fans around the world have changed the boundaries of what we can eat in normal amounts.

Competitive eating is almost like an extreme sport these days and you might not have known that various kinds of eating contests exist all around the world.

Most of those food contests are likely to impress you but they definitely won’t make your mouth water. Take a look at 7 really weird and absolutely crazy eating contests that you can find around our planet.

We have all been stung by these vicious green plants, and while you can use nettles to make a delicious and healthy soup, you probably don’t want to know what happens when you eat them raw.

In Dorset, England, a nettle eating championship is held every year and contestants are challenged to eat as many long stalks as they can in one hour. In 2016, the competition was won by a man who managed to chow down 86 feet of nettles.

In Pattaya, Thailand, an annual crocodile egg eating race is held at a local crocodile farm. The contestants get 10 eggs and the person who eats them the fastest wins the competition.

The contestants can get bonus points based on how neatly they can complete the challenge. If they make a mess, points can get taken away from them. The average time for winning this contest is around 4:30 to 5 minutes.

You might not have known that Elvis Presley had a favorite peanut butter, banana, and bacon sandwich. Every year, fans of the King gather in Biloxi in Elvis’ home state of Mississippi to pay tribute to him by trying to eat as many PB&B sandwiches as they can.

In 2012, a man named Pat Bertoletti won first place when he ate 31 sandwiches in 10 minutes, but he was 5 sandwiches away from matching the world record.

This is another competition from Dorset, England and the challenge is to eat the biggest number of raw garlic cloves in 60 seconds. David Greenman managed to eat 33 cloves in 1 minute back in 2014, but he needed just one more clove to match the world record.

This bizarre 8-minute slurping competition is held every year in New Orleans, and contestants have to extract the oysters with a fork so that they can eat them in the neatest way possible.

In 2016, Michelle Lesco won the competition by eating 385 oysters, and after winning several other oyster eating challenges around the world, she became known as the “Oyster Queen.”

This world championship is held every year in Laredo, Texas, and it is among some of the most famous eating contests in the world.

The time limit is 15 minutes, and the winners can leave with a $3,000 prize for eating the biggest number of these spicy peppers. In 2017, Molly Schulyer won by eating 265 peppers but was just one jalapeño away from matching the world record.

In Edinburgh, Scotland, there is a restaurant which claims to serve the spiciest curry. The restaurant holds a curry eating contest every year for charity but what sets it apart is that people compete based on how much heat they can handle.

Contestants have to last through three rounds of “Kismot Killer” curry bowls, and the one who can handle it the longest wins. The competition is so extreme that contestants need to sign a disclaimer before participating and get a check-up for health risks. In fact, in 2011, two people had to be hospitalized for feeling extremely unwell after consuming the spicy curry. 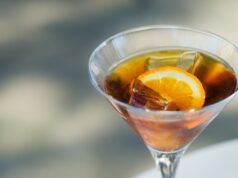