Some people view gaming as a hobby. Others may take it very seriously.

As with every other form of entertainment, some gamers believe that certain subjects aren’t appropriate for their hobby because they either trivialize real events or are simply tasteless. While we’ll leave you to be the judge, the following seven examples have stirred up controversy by merely existing. 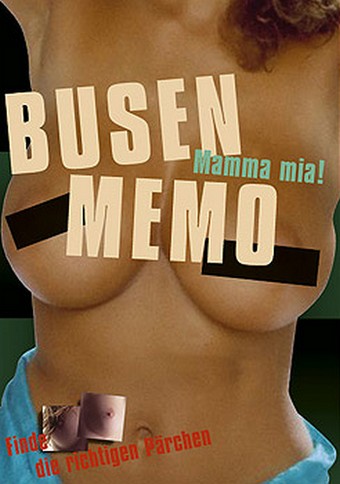 It’s kind of like Memory for men going through a midlife crisis. Players must flip cards matching a model’s left breast with her right. There’s ninety-eight cards in total, ensuring that you and your buddies (or most likely just you since you bought a game of Naked Memory) will spend most of your game time with a vacant stare as you ogle the pieces. The game is made in Germany, where people are apparently more relaxed about this sort of thing (tourists can find it in toy stores, for example).

On December 22nd, 1984, Bernhard Goetz shot four men who attempted to mug him on a New York subway. The media attention that followed raised the question of justified vigilantism and brought even greater attention to the high crime rates of the early 80s. But at least one board game was trying to warn us before Goetz fired the first shot: Subway Vigelante. 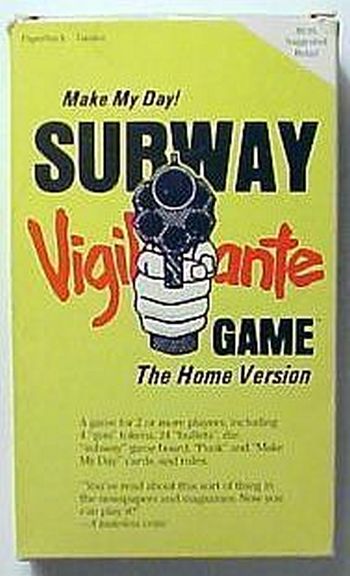 Players (represented by handgun tokens) must survive a ride between Brooklyn and the Bronx on a subway filled with punks. Each player only gets six bullets, however, so the decisions they make (ultimately “Do I shoot this guy or do I shoot the other guy?”) impact how long they’ll survive the ride. Interestingly enough, at the end of the game the players are supposed to have a discussion about the dangers of the scenario and how they feel about the decisions they made.

Nowadays there’s a Monopoly variation for every movie, television show, mildly successful novel and burger stand you can think of, so the idea of Gay Monopoly may not strike you as odd. However, it’s how far the publishers (The Parker Sisters, a division of Fire Island Games — no, really) went with every stereotype they could think of in what’s advertised as a “celebration of the gay lifestyle.” 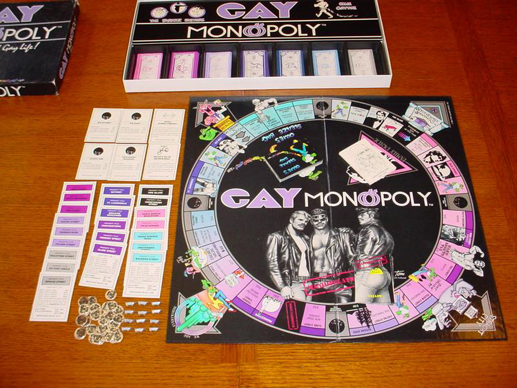 It plays exactly like Monopoly with a few cosmetic differences. First, players buy bars and bathhouses instead of houses and hotels. The properties are changed to “gay locales” such as Castro Street. The player tokens consist of a jeep, teddy bear, blow drier, leather cap, handcuffs or a stiletto heel. What’s more, the inclusion of Camp Cards make players act out stereotypes for more money, because degrading one’s self has monetary value, it would seem. Not many copies of this game exist thanks to a lawsuit from Parker Brothers. 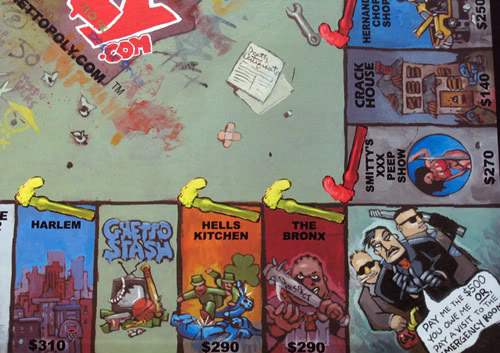 There’s just something about tastelessness and the game of Monopoly that go so well together. Ghettopoly is exactly what you think it is. Though you can argue that there’s some bizarre celebratory quality to Gay Monopoly, Ghettopoly is strictly parody and deemed racist by quite a few people. Here’s part of the description from the publisher:

Buying stolen properties, pimpin hoes, building crack houses and projects, paying protection fees and getting car jacked are some of the elements of the game. Not dope enough?…If you don’t have the money that you owe to the loan shark you might just land yourself in da Emergency Room.

Hasbro (the current owners of the Monopoly trademark) successfully sued for infringement in 2006, making the game incredibly difficult to find now. Copies on the web can go as high as two-hundred dollars. 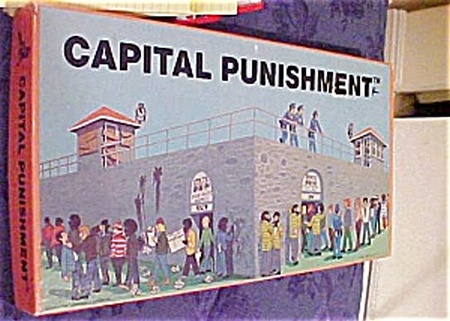 Falling firmly into the category of “board games made to make a political point and nothing else,” Capital Punishment sees players trying to get all of their criminals into a combination of life imprisonment, Death Row or the electric chair. However, a player may also use Liberals to get a criminal back on the streets, angling for the second victory condition: killing all fifteen of your opponents Citizens and sending them to Heaven. We’d like to remind you that we’re not at all making this up. 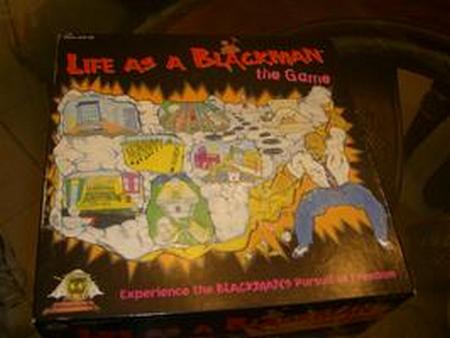 This game seemingly started with good enough intentions: to show players that life for a young black man in America isn’t easy. However, it’s a board game that attempts to simplify something as complex as life. Naturally, there’s going to be some generalizations that rub people the wrong way.

Players begin in college, the military, the ghetto or the entertainment industry. The ultimate goal is to reach the Freedom space at the end of the board. However, players are hindered by Racism spaces, which slow or negate movement.

The real kicker for most people is that players are given numerous opportunities to commit crimes, which will earn them more money but most likely land them in prison. If a player has earned enough cash they can hire the “Dream Team” lawyers and get off without punishment, a reference to the OJ Simpson trial.

Originally sold in a few novelty shops as well as online, the homepage is long defunct and the game is assumed to be out of print.

Modern war games are a dime a dozen, and many of them feature Nazis as antagonists or as a playable side, but none of them were actually made by Nazis. That’s the difference between something like Axis and Allies and Bomben auf England. 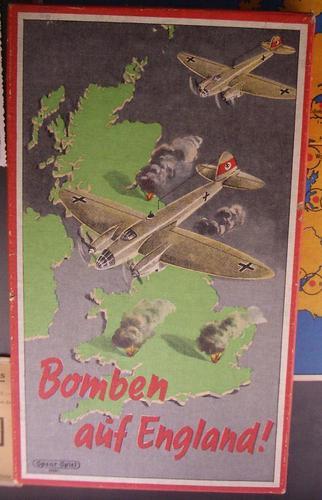 Essentially Bomeben auf England is a variation of pinball. Players fire spring-loaded balls over a map that contains England and parts of Northern Europe. Players score points for each target the ball settles on (London, for example, is worth one-hundred points) and loses points if they hit a Nazi ally or occupation. It’s one of a few propaganda board games released in Nazi Germany, and to be honest it’s one of the tamer ones, too, though that hasn’t stopped people from getting outraged long after the game was published.