Because of books and Hollywood we all know about ship burials and dramatic cremations. For years pop culture’s idea of a crazy funeral was that of a Viking war lord off to Valhalla in a hail of flaming arrows. But thanks to the internet and all the information we can get our fingertips, we can now find out more about less known funeral customs that would make even the most grizzled Norse funeral director scratch his head. 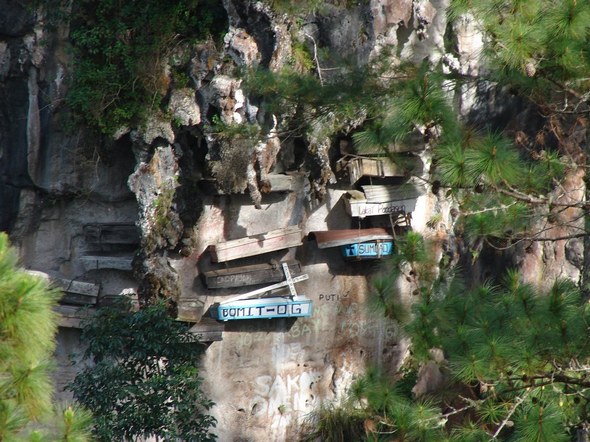 It sounds other-worldly, right? “The hanging coffins“- like a macabre chandelier on a moon of Saturn. But go no further than Southwest China where a few hundred ancient coffins dangle precariously on the side of a cliff. The coffins were placed there by the Bo people- an extinct ethnicity of China who apparently preferred their dead as auspiciously displayed as possible. Not content to simply place their deceased in the ground like sane people, the Bo hammered wooden stakes onto the sides of mountains and lowered the single-piece coffins down on ropes. No one’s sure why on Earth anyone would want to visit mom from a thousand feet below, but our guess is that the Bo had a running pool as to who’s father-in-law got to first smash onto a rock floor at 60 miles per hour. 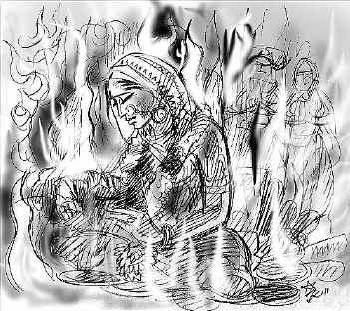 Grief can take some unusual turns. Some people hit the bottle, some require years of therapy, and some jump into a funeral pyre in an attempt to become a deity. Sati, an ancient (albeit rare) Hindu practice, consists of a recent widow burning herself alive in immolation during her husband’s funeral. Pactitioners of Sati believe that after the woman commits the ultimate act of marital loyalty, she becomes a goddess and shrines are put up in her honor. The practice is outlawed in modern India but it very occasionally still happens. In 1987 an 18-year-old girl cremated herself alongside her 24-year-old husband. It also happened twice in 2006 and once in 2008, and disturbingly enough, there are conflicting reports on how voluntary this whole kill yourself by fire because you’re a widow thing is. 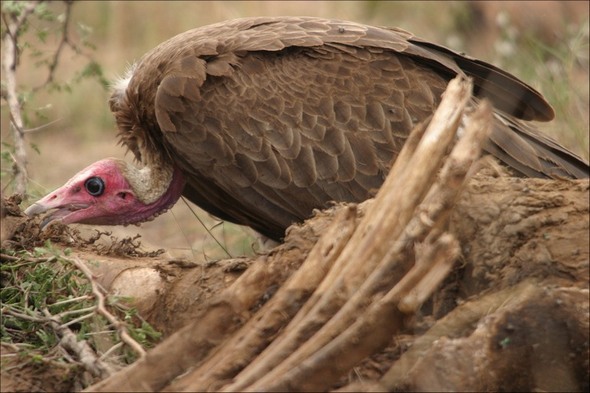 What can be more appealing than feeding birds? Old people do it all the time, and it seems to bring them peace and happiness. And what can be a greater disposal than giving up your body to the lovely and majestic vulture? They really are nature’s beautiful trash disposals. And leave it to the people of Tibet to recognize the vulture’s utility. The traditional sky burial consists of cutting a person’s body in “strategic” places (euphemism for “likely to attract wildlife”) and placing the loved one on top of a mountain or temple. Then just wait for the magic to happen! The magic being that the vultures will then pick apart the flesh until what’s left is a pile of bones, which are either mashed into a bird feed pulp or tossed onto the pile of older bones.