Airplanes, for the most part, have a very simple purpose: flight. That’s really about it, and that’s all that Orville and Wilbur Wright were hoping to achieve when they first caught air at Kitty Hawk. Of course, additional purposes have been added through the years. For instance, bombing the crap out of your enemies with advanced fighter jets. Still, airplanes have, by and large, remained consistent in their design from the get go. Of course that doesn’t mean some people don’t go a little crazy sometimes and try to “improve” on basic airplane designs. Let’s just say they might have come up a little short…

Developed by Aero Spacelines, the Pregnant Guppy was part of a line of cargo planes that looked, well, pregnant airplanes. Of course while the design looks a tad strange, it was actually for a very specific purpose. You know that “Spacelines” part of the name? Yeah, space is in there for a reason. The Pregnant Guppy was used to carry components for the Apollo moon program.

The Pregnant Guppy was actually constructed out of parts from other planes, such as an old Pan Am frame and an old Boeing 377 Stratocruiser. The Pregnant Guppy was pushed into service in 1963 and was used until 1979. It also saved the space program money, since it allowed them to make fewer trips in transporting the space shuttle components. Isn’t it nice when a bizarre design actually serves a purpose? 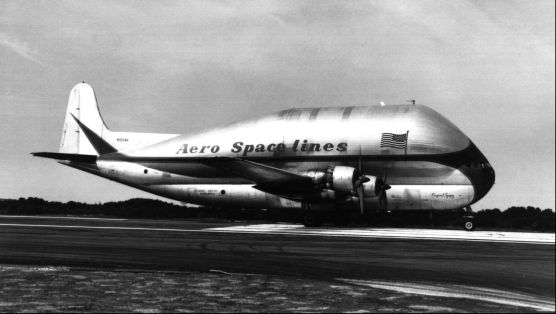 The AD-1, or Ames-Dryden-1, was developed by the NASA flight development program in 1979, because apparently right around the time they stopped using the Pregnant Guppy they realized they needed to keep up their “weird plane” quota. And the AD-1 was, in fact, a very, very weird plane. It featured something called an oblique wing, and was flown 79 times during its testing phase.

So what’s an oblique wing, you ask? It’s a wing that pivots. That’s right, it’s a wing that actually rotates during the course of the flight, going from zero degrees to 60 degrees, which gave it better high speed performance. The testing found that the oblique wing decreased drag, increasing the speed and extending the range of the jet. Amazingly, it only cost $240,000 to build, a relatively low cost even by 1979 standards.

Leave it to those silly Canadians to come up with arguably the strangest airplane design in history. The VZ-9AV Avrocar was, for all intents and purposes, a flying saucer. It was developed in the 1950’s for – what else – Cold War purposes, with the Canadians helping out the US create this new airplane as part of a secret government project. Apparently early in the Cold War the US thought the Soviets would be terrified of aliens, or something?

Anyway, it was developed by someone named Jack Frost, which makes sense since this is Canada we’re talking about here. Needless to say, the Avrocar never got past the experimental stage, taking its first test flight in November of 1959 and being retired by 1961. Which, of course, teaches that age old lesson that Canadians should stick to things like hockey, beer, and being overly polite. 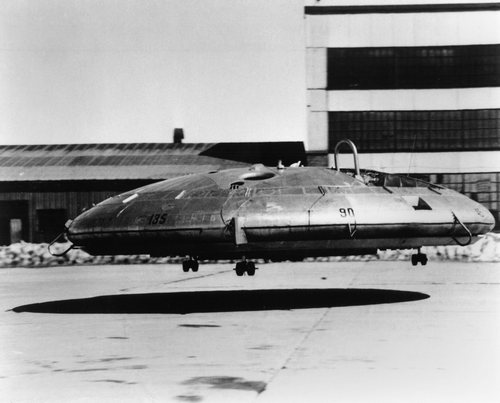 Totally not a spy plane, nothing to see here.

The Vought V-173, also known as the Flying Pancake, was an experimental test aircraft built during World War II, and it featured an “all wing design” but, sadly, was not fueled by maple syrup. It had a flat, disc shaped body – which you probably could have guessed considering it was nicknamed the Flying Pancake – and the original prototype was made of wood and canvas, because nothing says safe flying like wood and canvas.

Like that Canadian flying saucer we mentioned before, the Flying Pancake did not catch on or last very long in the service of the US Military, taking its first test flight in November of 1942 and being retired less than five years later. However, it does have real historical significance, as it was the first plane to prove that a near vertical takeoff and landing was possible. 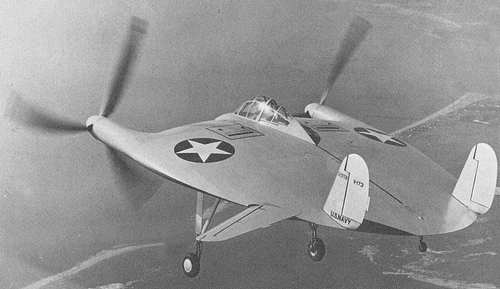 You know, we can’t imagine there have been a lot of people who looked at an airplane and thought, “it’s nice and all, but I wish it were, you know, square.” Someone must have, however, as the Northrop Tacit Blue eschewed reason and decided to do away with the standard aerodynamic style of most planes and square off all of the edges.

The Northrop Tacit Blue was actually developed in the early 1980’s and took its first flight in 1982 with the express purpose of being a stealth demonstrator, and logged 250 flight hours before being retired in 1985. 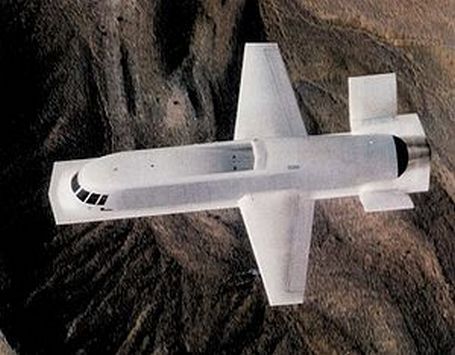 Hey, you didn’t think that only the US was interested in designing and testing bizarre looking airplanes, did you? In 1930’s the Soviets developed the Kalinin K-7, of which there was only one ever produced. Why, you ask? Not so much because of the bizarre design, which didn’t allow for a very smooth flight, by the way, but more because of what happened on its final flight.

That final flight, as it happens, did not end well. In fact, it ended horrifically, with the plane crashing and killing 14 people on board and one on the ground. Two more prototypes were developed but the project was canceled in 1935. Three years after that the designer, Kalinin, was executed as an enemy of the state by Stalin. So we’re thinking he wasn’t a big fan of the design, either.

Now how could we have an article about weird planes and not include perhaps the weirdest ever, certainly designed by the weirdest person we could possibly put on this list? The Spruce Goose is arguably the most famous plane in history, designed by the one and only Howard Hughes. Most people do not realize, however, that the actual name of the plane was the Hughes H-4 Hercules.

The plane was built from wood because of wartime restrictions, and was designed as a heavy transport plane that would be used to transport personnel and materials to Britain during World War II. Of course, that didn’t exactly happen, considering the development dragged on, and on, and on, and on, and the project was not completed until after the war had ended. The Spruce Goose was flown exactly once, in 1947, before being retired. Hughes continued to employ hundreds of workers, sworn to secrecy, to maintain the plane anyway. 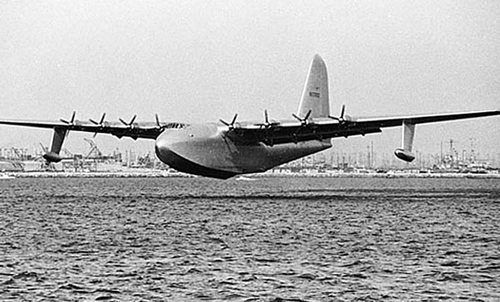