If you’re like us, you love sitting around watching some sports with a frosty adult beverage in hand. It’s just a good time to shoot the breeze with your buddies or relax by your fine self in the most ludicrously comfortable chair you own. Of course, if you’re like us, you also laugh your head off when the announcer says something that on the surface is harmless enough, and certainly wasn’t intended to be perverse, but absolutely, positively is when it reaches your sick brain. Because we’re very, very immature, and sexual double entendres make us giggle. Double entendres such as…

What it means: Putting two defenders on one offensive player. This is done primarily in basketball, American football, hockey or soccer.

Why it makes us snicker: You’re watching the NBA Finals, when suddenly you hear the following phrase – “Kobe Bryant just demands to be double teamed.” We always expected as much from that kinky dude. While it is meant to indicate that he’s such a potent scorer that the only way to contain him is to send an additional defensive player his way in an effort to hinder his offensive game, the imagery, of course, is much, much filthier. It gets especially rough when Kobe is on his way to 50 points, and the commentators suggest that the opposing team may want to triple team KB24. 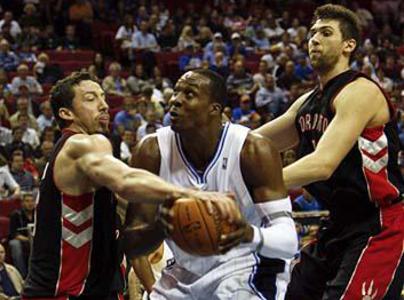 Rape allegations, however, are not a joke.

Give him a blow

What it means: Making a substitution in order to rest an athlete. 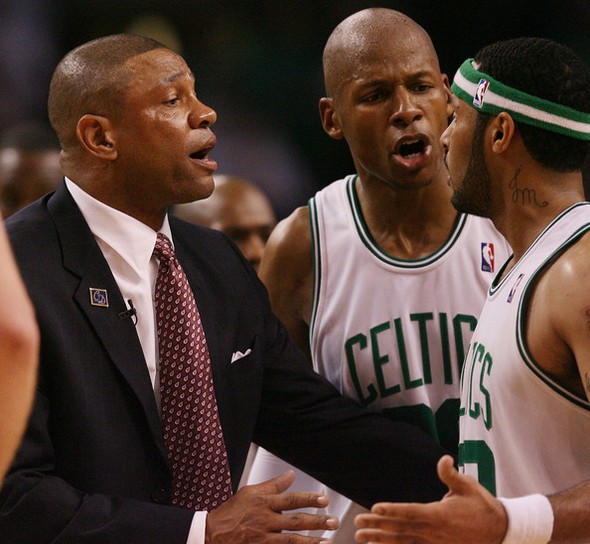 What it means: An athlete, typically a basketball player, possesses long arms.

Why it makes us snicker: Let’s say you’re watching the NBA Finals, and you’ve finished with your chuckle brought about by the idea of Kobe Bryant getting head from Phil Jackson. Kevin Garnett makes a strong defensive play, leading to Mark Jackson commenting on KG’s “tremendous length.” Whoa there, Mark! That’s great for the Big Ticket, but we don’t need to hear your locker room observations!

This one is compounded when the ball is passed down low to Lamar Odom, with KG coming over to double team him. Obviously, this leads to the following statement: “Kevin Garnett is one guy that really works well in a double team because he’s just so long.” It works well for the girl, sure, but it sure can be intimidating if you’re the other guy. 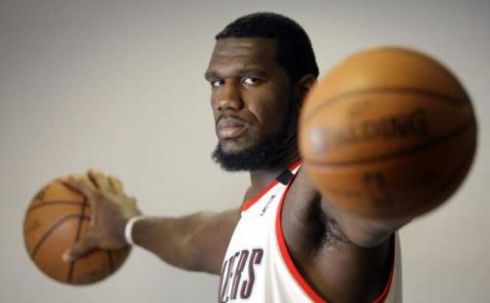 What it means: A defensive player in American football tackles the quarterback behind the line of scrimmage.

Why it makes us snicker: Let’s face it – when we’re watching a National Football League game on Sunday, the last thing we want to think about is Brett Favre’s, for lack of better terms, “man purse.” Yet every time a defender plants Favre in the ground (and we all know that every last one of us cheers like crazy when it happens, because seriously, what a jerk that guy is) we have to hear about what a tremendous quarterback sack that was. If we didn’t know any better, we’d swear that the announcers spent an awful lot of time in the locker room.

Gives a whole new meaning to investigative reporting, though, doesn’t it? 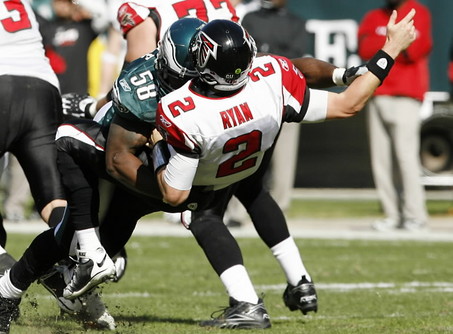 It isn’t big, it’s huge! A tremendous sack! He’ll need an icepack after that sacking!