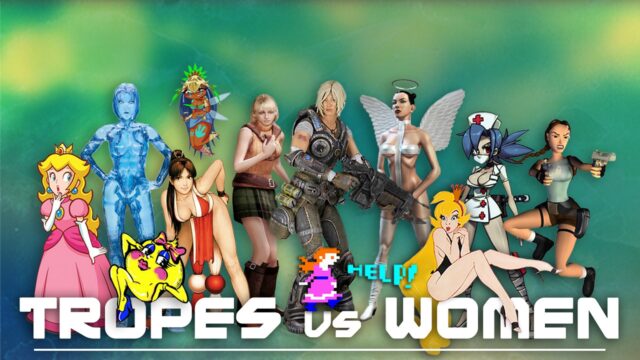 We here at Weird Worm are equal opportunity appreciators of the female form. It’s not just real-life sexy sport-playing girls we’re into; we’re also thankful for women of the, shall we say, digital persuasion. That’s right; we’re talking about female video game characters, and the games in which they star. This list is dedicated to showcasing them in all their glory. Sure, we know we’ll never get to meet one of these characters in real life, but they make up for it by being more perfect than any real-world girl ever could be.

For a game to be sexy, it’s not enough for it to just have a hot female character who rarely makes an appearance, or to show a scene that’s for mature audiences only. It needs to go above and beyond in showcasing sexiness to make it onto this list of the sexiest video games. And not just the blatant sexiness of women flouncing around in skimpy outfits; sometimes, it takes more than good looks to be sexy, such as a take-no-prisoners attitude and a knack for tricky headshots. 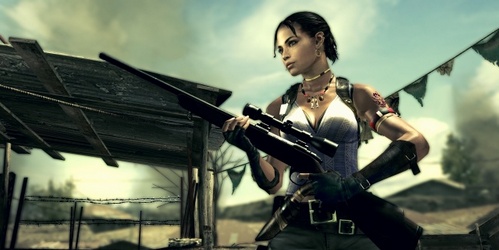 Have gun, will kick ass.

Resident Evil answers the question, “Can a video game be sexy when you’re spending all of your time blowing disgusting undead creatures into little bits?” And that answer is a resounding yes, especially when you have the choice to play with and beside characters like Sheva Alomar. There’s something inherently sexy about a woman carrying a big gun. We don’t know what it has to say about evolution that people find that hot, but the success these types of characters are having nowadays proves that it’s so. Honestly, if it was us in that kind of environment, we’d want to wear more than a skimpy tank-top and some funky jewelry. But as people playing the game, we’re thankful for the view. 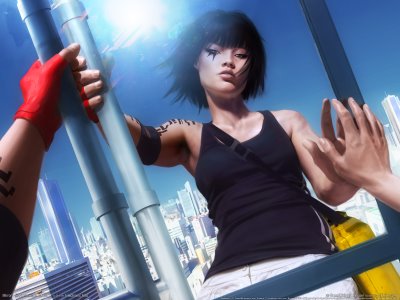 Proof that it doesn’t take huge muscles to be tough, or huge boobs to be sexy.

Mirror’s Edge is sexy in a slightly different way than some of the other games on this list. Because you play in first-person mode, you don’t often get to see the main character, a so-called “runner” called Faith making her way around a gorgeously rendered city. However, as you’re running parkour-style through the cityscape, you hear the very real sounds of a woman exerting herself. And there’s something weirdly attractive about it, even if you can’t see the woman herself. The vicarious thrill that the point-of-view creates only ups the ante of playing with the rarely-glimpsed, verifiable hottie. 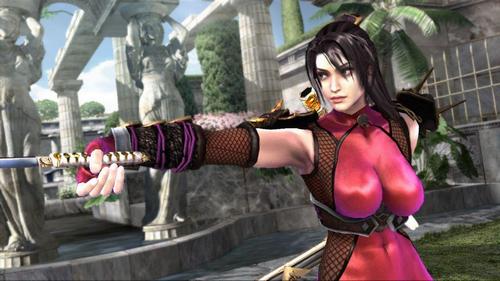 This is so ridiculous as to almost be unappetizing… almost.

Soulcalibur is a fighting game that pits two opponents against each other in the vein first popularized by games like Karate Champ and Street Fighter. The game was originally played in arcades, but didn’t receive widespread popularity until it was ported to the Dreamcast. Although the new eight-way movement system was a revolution in game play, your parents weren’t likely to buy it as an excuse when they caught you ogling Ivy, Sophita or Setsuka.

Not all of this game is sexy; in fact, it’s possible to avoid the sexiness altogether if you stick with characters who aren’t much to look at. However, if you choose to play a female character, you’re in for a lot of interesting shots women wearing inexplicable types of clothing that leave them so poorly covered that they might as well be wearing nothing. This is one of the games on the list that masters giant bazongas by interpreting the term “melons” entirely literally. If we could say one thing to these characters, it would be that we appreciate the obvious back pain their giant boobs must subject them to, all for our visual enjoyment. 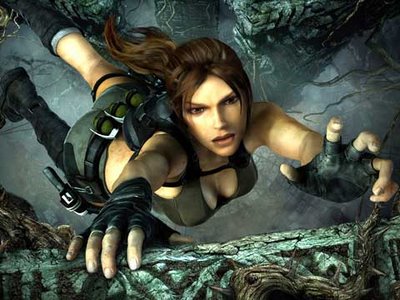 Wow, isn’t the expression on her face just so determined? That’s what you were looking at, right?

No list of the sexiest video games would be complete without a mention of Tomb Raider. Tomb Raider was one of the first games to take advantage of the fact that men like staring at boobs almost as much as they like rapidly pressing little buttons in precisely timed combinations. Back when Lara Croft first hit the computer screen, her assets were little more than pyramids projecting perpendicular to her chest that had been accidentally oversized to ridiculous proportions. But as you can see from the picture above, the game has only gotten sexier as graphics have improved with age. 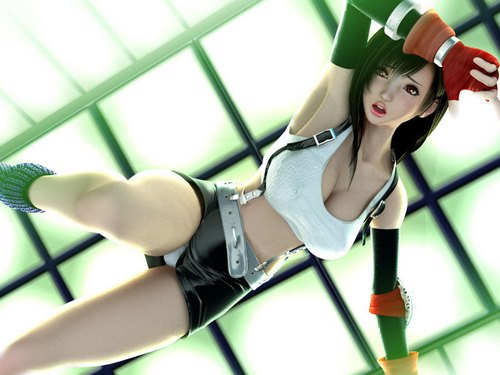 Some might find this image misleading when it comes to actual Final Fantasy game play.

The Final Fantasy series is just one more way that the Japanese have managed to dominate the gaming market. It certainly isn’t a series that everyone would deem sexy; there’s a lot of work involved, for a minimum payout of beautiful, buxom, babes. In addition, the females in this game are treated as characters to be respected and worked with instead of just hungered after.

But there’s no denying that the sexiness of these women have a lot to do with the success of the game as a whole. Whether your favorite is flower-seller Aerith Gainsborough, super-strong and sexy Tifa Lockhart, or the dark and mysterious Lulu, you’ll find someone here to appreciate. And the fact that you get to know many of these women intimately by controlling their characters doesn’t hurt the drool-worthiness one bit. 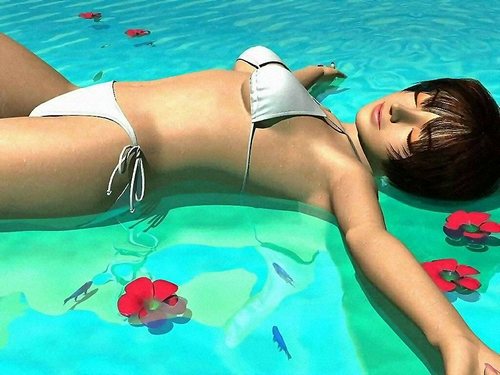 No picture of this game is not sexy.

We understand that when it comes to video games, including some sort of sexiness element can help move copies off the shelves. But leave it to DOA Xtreme Beach Volleyball to make a game that’s pretty much all about boobs, all the time. Really, there is absolutely no reason to play this game other than to stare at hypnotically bouncing jugs that defy the very laws of physics. It’s not just the size and bounciness of the boobs that make this game so sexy; the girls also inexplicably do things like feed each other strawberries in a very sexy manner. We don’t know what that has to do with volleyball, and we don’t really care. Chances are no else does, either. 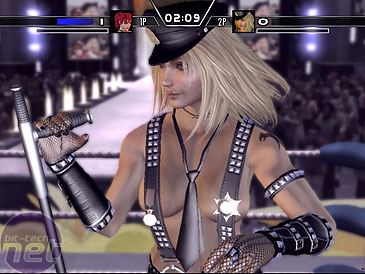 You haven’t seen real fighting until you’ve seen it done by bondage-stripper-police-nightstick Barbie!

Rumble Roses XX has one and only one reason for being: to showcase hot women fighting each other in a virtual setting. It’s similar to other fighting games with one important difference: every single character is female. Rumble Roses is also comes to us by way of Japan, which makes us wonder why the Japanese have such an interest in showing half-naked women in their games. Maybe their laws are more lax, or something. We’re not going to quibble about it, that’s for sure.

The combatants in this game have ridiculous names such as “Innocent Tornado” and “Dark Nightingale,” but you probably won’t even notice because you’ll be too busy watching totally gratuitous shots of their fit bodies from every conceivable angle. Seriously, the video for this game has more footage of these women strutting their stuff than of actual in-game play. But we suppose that makes sense, given the ladies are this game’s raison d’etre.