We live in an increasingly more technologically focused world, with factories, power plants and breakfast cereals becoming more and more complex every day. As the systems of production grow, we implement more safety features trying to avoid accidents, however once in a while no amount of preparation can prevent a catastrophe. Here are seven examples of accidents that simply shouldn’t have happened except nobody saw them coming.

Since even a tiny mistake in a nuclear reactor can result in a horrible disaster, engineers made sure to implement as many safety features as possible. Theoretically, every possible failure is foreseen and planned for. One day every single one of those safety systems used at Three Mile Island failed or was not triggered.

It all started with the plant’s water filter being blocked by some unknown material. This was a regular happening, but for some reason not only did the filter not get cleaned automatically, but it overheated. This led to water evaporating into vapor and getting into the air system where it tripped two valves. This in turn shut down the flow of cold water to the reactor’s cooling system. Safety! 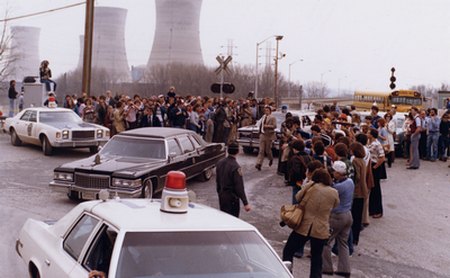 Hey, let’s get closer to the nuclear plan the officials are fleeing from!

Of course, all nuclear power plants have more than one cooling system, but that day some engineer had closed the valves of the back-up system for no particular reason other than playing his part in God’s intricate revenge plan on Three Mile Island. So why didn’t someone turn the secondary cooling system on? Well, it turns out that in perfect Homer Simpson style; the indicator showing that these valves were closed was blocked by an “Under Repair” tag.

So two cooling systems were down, but there was no need to worry yet; Three Mile, like any modern nuclear power plant, had a third back-up cooling system. However, that day even this third cooling system malfunctioned, getting stuck open for another unknown reason. Normally this would have alarmed the engineers, but naturally the gauge that was supposed to monitor the third cooling system was also broken.

Three systems and all the safety features meant to monitor them failed one after another. Chaos ensues and a partial core meltdown takes place. This idiocy is why we still have to burn coal.

Plane crashes are not a very common occurrence, mostly because there are dozens of safety features and back-up plans meant to prevent anything from ice on the wings to sleepy pilots. However, once in a while God just hates a plane so much that nothing goes right and we have a case which is taught in flight academies as an example of a complete crapshoot; that plane is the Avianca flight 052.

First of all, extremely bad weather slowed down the plane, burning more fuel than would normally be necessary. Also, the autopilot was broken, forcing the main pilot to control the flight manually all the way, a situation that left him completely exhausted and unable to manage communication with flight control.

Just popped by to admire the foliage.

Finally, an unexpected wind gust hit the plane right as it was about to descend for landing, pushing it off course and forcing them to turn around. By this point the plane was already out of fuel and the tired pilot was unable to control the ship, which crashed. Flight control hadn’t even been aware that there was a problem; otherwise they would have cleared a different landing path.

The most disastrous maritime accident in U.S. history was ignored for the most part as it happened in the wake of Lincoln’s assassination. However, it is a remarkable case of small problems gathering into one massive horrible accident.

The ship’s boiler had recently broken down and was repaired by an unqualified worker who used thinner boilerplate to cover up a crack. While dangerous, this would have probably been fine as the ship had four boilers, but no one thought about changing the settings of the pressure valves to adjust for the recent fix. 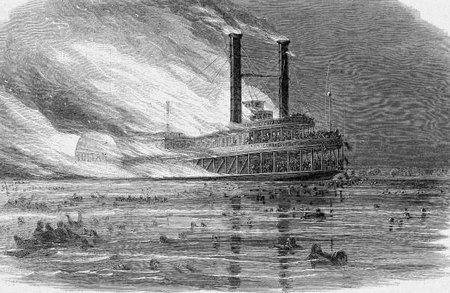 Crossing the river Styx is a trying affair.

To add to the whole problem, the captain was in a hurry and wanted as many people on board as possible (he was transporting soldiers that had fought in the Civil War, and got paid per person he transported). This meant that the ship was overweight, which made it tip more than normal as it rushed against the spring currents and around the bends of the Mississippi.

These twists made the hot water rush against the walls of the boiler, higher than the safety level; which in turn put undue pressure on the thinner boilerplate and caused a massive explosion that sunk the ship almost instantaneously. A sequence of decisions that individually would have been unimportant resulted in a sequence that killed almost 2000 people.

During the months leading up to the Apollo 1 mission, a great deal of testing and training occurred as they crew and staff at NASA honed themselves for an important and historic space flight. Also, despite the pilots and manufactures expressing concern repeatedly, NASA decided to deny the implementation of an emergency exit hatch in the cabin. They also decided not to go with an interior atmosphere composed of nitrogen and oxygen, opting for pure oxygen only (oxygen, though great for breathing, becomes extremely flammable at high pressures). 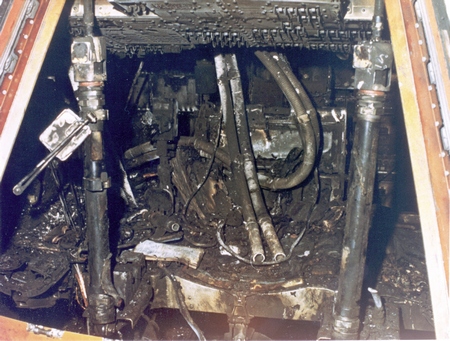 You probably don’t need to know what you’re looking at.

Communication problems as well as malfunctions with the equipment delayed the test by days, but the engineers decided not to cancel the test. Faulty wires and a misplaced wrench as well as the fuzzy Velcro carpet (which is highly flammable in an all oxygen atmosphere) led to a fire. When the fire started, gas masks malfunctioned and a shock wave prevented the firefighters from reaching the pilots in time to save them.

The one good result of the accident was the implementation of much stricter safety regulations for all NASA equipment. As long as you don’t count Challenger or Columbia.