You may often hear pastors yelling about how “if you don’t let Jesus in your heart, you will burn in Hell for eternity”. Some think because of a personal belief you have, you will be tortured forever. Although most Christians don’t say it that way, and many people within Christianity believe otherwise (or that they merely shouldn’t judge), it is the official doctrine of most flavors of Christianity. Visit https://askanydifference.com/difference-between-pastor-and-reverend/ to know more about Christianity and its terms.

Christian Universalism is a school of theological thought which states that all people, regardless of belief, will ultimately make it to heaven. So unlike some Christian sects they don’t believe in Hell at all. They think there is only one possible afterlife, namely, paradise. They believe the idea of theosis, the idea that all souls will ultimately be conformed to the image of divine perfection.

The Bahá’í Faith, on the other hand, believes that all religions and people are equal. Their main points seem to be that all of humanity should be deemed equal, regardless of belief. They are similar to the Universalist, although they place a larger than average focus on the Earth. Their main goals generally lofty and are aimed at improving the world, such as by eliminating all forms of prejudice, and by building a peaceful, global society.

i) Black people are a superior race, and whites are barely human degenerates. Well, plenty of religious people have been racist throughout time. It’s wrong, but extremely rare. A lot of people have thought one race is superior.

ii) Dinosaurs evolved from Aliens. Huh, we… don’t know about that. That’s a little bit farther from the norm. Let’s see what’s next.

In 1976, a group known as the World Church of the Creator was formed. In 1996, it was re-imagined by a group of atheists and dubbed the Creativity Movement.

This group doesn’t believe in God, but unlike other atheists, they have some pretty strong beliefs. Their main belief is that Jews and those of color are “natural enemies of the white race”. An odd statement, given the skin color of the majority of Jewish people. It just seems… a bit contradictory. “Whites against Jews,” sounds kind of like “Music vs. Techno”: the larger group against a tiny part of that group. Of course, all racism is stupid, but it probably took most of their creativity to make up these idiotic beliefs.

5. The Nation of Yahweh 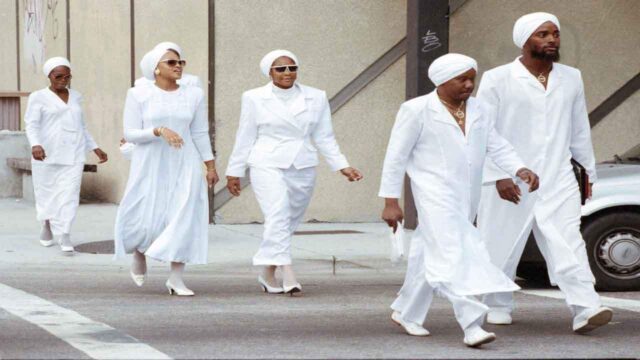 This is a group of African- Americans that follows the teachings of recently deceased Hulon Mitchell, Jr, who preferred to be called Yahweh ben Yahweh.

They believe they are the only true Jews. While the original Jews may have been from Africa (well, they left Egypt anyway), the majority of Jews now are not black. Judaism is a religion and one that someone can convert to if they want. Anyone who converts to a religion is then a member of that religion.

Oh yeah, they also believe their founder happens to be the Son of God. They may well be best known for their use of infomercials. “The Nation” airs a weekly half-hour program on stations across the United States. Does anyone watch infomercials anymore? And, if they think they are the only true Jews, why are they advertising their religion? “HEY, guess what? We are the only true religion, but you can’t join.” Solid business plan.

6. The Church of Euthanasia 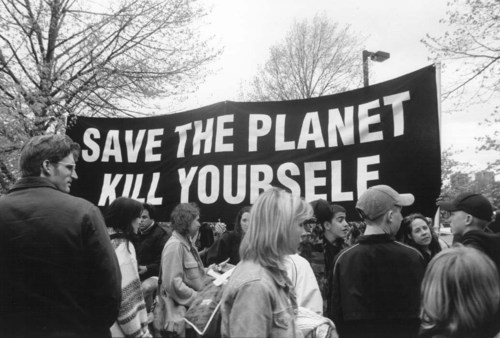 This is a religious/political organization founded in Boston by Chris Korda.

This group believes that there are too many people on Earth and that the one supreme commandment is “Thou shall not procreate.” Which is kind of exactly the opposite of “Be fruitful and multiple.” They, therefore, throw their support behind a number of practices usually condemned by religions. Namely: Abortion – which is controversial but there are many normal religious people who think it’s sometimes okay.

Sodomy- because, really, anything you can do to reduce the chance of making a person… go for it. Suicide – again, less people, more for us. No word on whether they also support emo music. Cannibalism – wait though, they mean only consumption of the already dead. Because why should they go to waste?

They believe these ideas were given to the founder in a dream where he was visited by an alien intelligence known as The Being. Makes sense. If you can’t glean your morals from the lucid nightmares of a random Bostonian, where are they going to come from?

7. Messianic Jews or “Jews for Jesus’’

The Messianic Jews claim to be a group of Jews dedicated to spreading the gospel found in the New Testament. They believe that Jesus (or as they call him Y’shua) was the messiah foretold in the Old Testament Bible or Torah. Their main goal has been to convert Jews to the belief in Jesus as the messiah.

Well, there’s a slight problem with this. They are not Jews. Jews for Jesus is as correct a slogan as “Vegans for Beef”. If what they said is true, and they believe in Jesus as the messiah, then they are Christians. Many major Jewish principles found in the Talmud and other Jewish text are directly in conflict with this groups beliefs. The first one is the idea that God is one. This means there is one God, which means Jews can’t believe in the trinity.

Second is the statement that God is not a man and cannot be seen by a man. Obviously, this means Jews don’t think God could visit earth in the flesh. The third is what the Jews believe the messiah must accomplish. According to the Jews, when the messiah comes, peace will be brought to all humanity, and that clearly didn’t happen. They can believe in Jesus as the messiah if they want but they should cease to call themselves Jews and begin to refer to themselves as what they are, Christians. This is a relatively simple change that would take them from “surely wrong” to “maybe wrong”, the same as any other religion.