The desire for a mentor is deep-seated in the human race. Someone to teach hand-to-hand combat and ancient ninja skills so that we can go on to save the universe would be great, but most people would settle for some guidance with their daily whomp-rat hunting or help teaching bullies a lesson or two.

However, after really taking a look at mentors through a totally unbiased lens (movies), we think we might have to change our minds. Obviously if mentors used their awesome powers to save everyone and never gave their mentees a chance, the movies would get boring and pointless. But did they really have to intentionally withhold universe-saving powers and information in order to teach a lesson to a snot-nosed kid who hardly knows a Sarlacc from a hole in the ground? 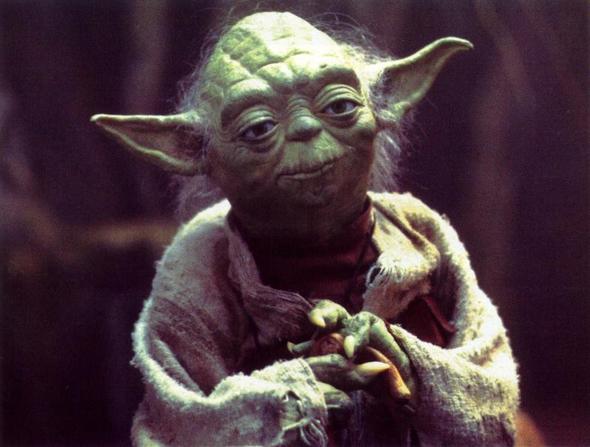 Live on a depressing, swampy planet and eat snakes, I do. Decide the universe’s future, I will.

We’ve (unfortunately) seen from the prequels that Yoda can really kick some bad-Jedi butt when he puts his mind to it. He’s fought off hoards of them over the course of his lifetime. In fact, only nineteen or so years previous to the original trilogy, we see him flying all over the place in so-physically-impossible-only-CGI-could-make-it-happen ways.

If Yoda really is nine hundred years old, nineteen years is nothing. That would be like two in human years. Living things don’t, in general, flip around like gymnasts on meth and then two years later hobble around like cripples one breath away from paraplegia. Aging doesn’t exactly work like that.

The point is this: Yoda let Luke go off to fight Darth Vader, the most dangerous and evil person in the history of ever, after making the kid run half a mile and do some one-handed vertical pushups instead of, say, going himself. Yoda’s got nine centuries of Jedi goodness flowing through his veins, Vader’s got about forty years, and Luke has about five minutes. No matter how much you, as a mentor, are vested in your pupil’s success, you might not want to risk millions of innocent lives and the fate of the universe on his ability to make a pouty face (which is about all he has going for him given his limited training). 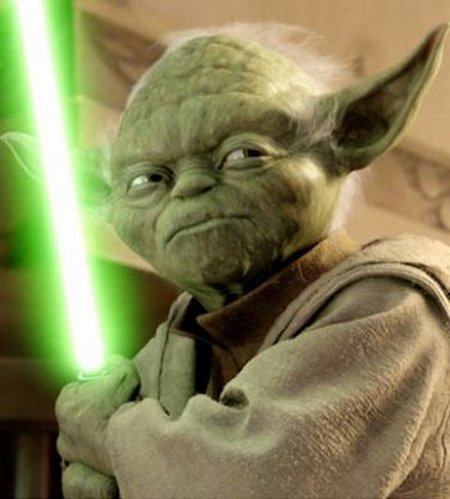 Falcor (from The Neverending Story) 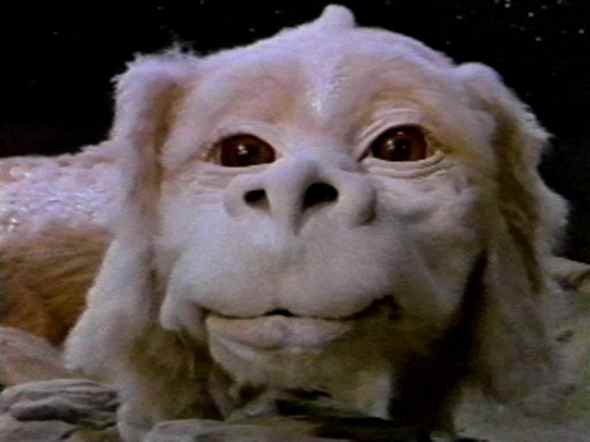 Okay, so Falcor is more of an oversized sparkling puppy with creepy eyes than a true mentor, but he’s close enough for our purposes.

Over the course of The Neverending Story, luck dragon Falcor manages to fly in the face of the Nothing, the most powerful force inside Bastian’s head. We even see him as one of the last existing creatures after the rest of the imaginary world falls apart, able to survive after even the world itself is little more than dust. And all of this because, as a luck dragon, he has the power to (mostly) show up just in the nick of time.

So riddle us this: wouldn’t it have been a lot luckier if all of that bad stuff hadn’t happened in the first place? Sure, Bastian had to learn to trust himself and that he had power, blah, blah, blah, but wouldn’t it have been so much easier if Falcor had just flown into the human world (as he demonstrates that he can, when he traumatizes those unfortunate-looking bullies at the end), grabbed Bastian, and whisked him away to Fantasia without all the dying, crying and heart-wrenching despair? Admit it; you know you cried a little when the horse sank into the Swamps of Sorrow. 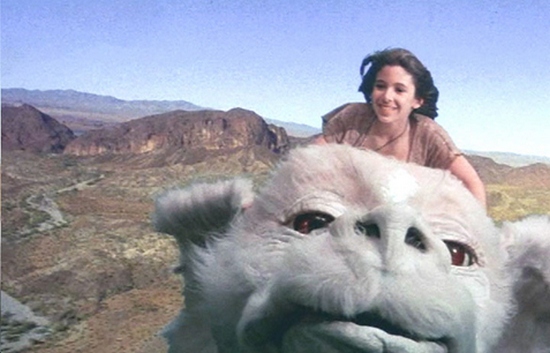 Gandalf (from the Lord of the Rings trilogy) 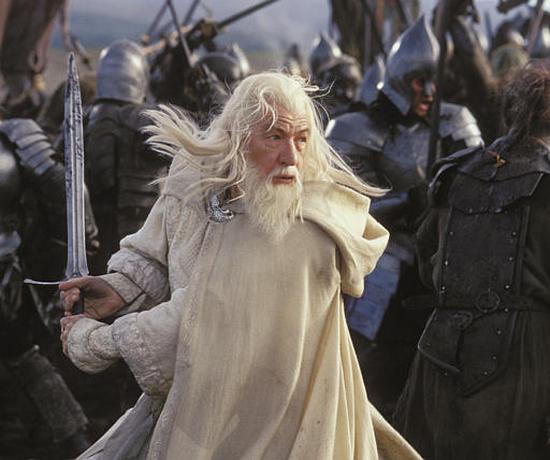 When he’s not mentoring, he likes to get a good butt-kicking in every now and then.

Now here’s a deus ex machina if ever there was one. We’re not going to say that Tolkien isn’t a genius who changed the face of fantastical fiction forever, and invented several genres single-handedly in the process. However, the character of Gandalf seems to have been used to tidy things up just a tad too conveniently.

The guy can fight a giant fire-rock-monster-demon for weeks, without stopping to eat, drink, or sleep, and come out on the other side of it with a snazzy new hairdo. He can use his staff to make a bright light, and talk to moths, and probably a bunch of other cool things. So why doesn’t he just leap onto an eagle, fly to Mordor himself, and dispose of the ring instead of making everyone’s life suck?

He hides behind this thing that he’s got bigger plans than to save all of humanity, elvendom, dwarf-race and hobbithood from enslavement and genocide. You kind of want to tell him to man up already. Turning a hairy-footed child into a hero who’s so screwed up by the end that he has to take the elf-boat to lala-land is just not worth seeing what the poor guy “is made of”. For a good time… transform into several animal species over the course of a few minutes.

Granted, when Willow Ufgood discovered the good witch, she was quite unfortunately turned into some sort of big-tailed rat creature, (no, not an opossum, thank you very much Wikipedia making it possibly hard to wield any of her usual powers. But was her best bet really to turn to a farmer with no magical training whatsoever?

Seriously. The whole of the world is in danger of being taken over by the evil Bavmorda, and instead of seeking out a real wizard (and we know from earlier scenes that such powerful wizards exist), Fin Raziel puts all her money on a man who has little more going for him than a “big heart.” She’s not a star example of wizardry herself, leading the whole magical battle to be decided by Willow’s silly little magic trick of hiding a baby under a table. A trick which Fin Raziel didn’t even teach him, come to think of it, and that Bavmorda only fell for because apparently she has the attention span of a gnat. You almost wonder if things wouldn’t have been better if Fin Raziel hadn’t been involved at all.