Bad-asses in movies can take many different shapes and forms. Comic book movies offer villains such as Magneto, Loki, and Zod (to kneel before). Horror movies on the other hand generally feature invincible killers, creepy ghost children, and brain-eating zombies. But then there are movies that disregard all the supernatural crap and simply pit scared shitless people against Mother Nature’s nastiest animals. As it turns out, Mother Nature is a twisted bitch when you cross her. What follows are seven of the most bad-ass beasts that ever terrorized moviegoers.

The Birds from the Birds 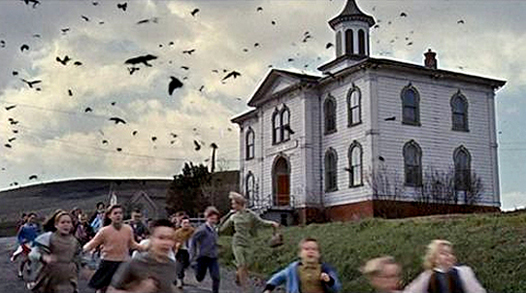 Let’s begin our list of bad-ass Hollywood animals with the birds from the 1963 Alfred Hitchcock classic, The Birds. Granted, birds might not seem like the most deadly creatures per se. However, a vicious flock of them fully intent on pecking out your eyes and crapping into your skull are the stuff of nightmares. Birds from hell are obviously what Hitchcock had in mind when he adopted this novelette to film. The master of suspense was so damn good he probably could have made a thriller about pink fluffy bunnies and even that would have been terrifying.

The Rats from Willard 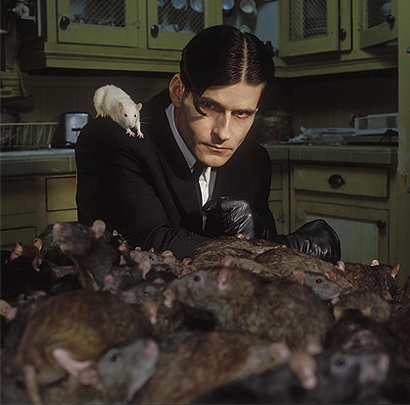 Most people freak out at the sight of a small mouse scurrying from their kitchen to their living room. Well, imagine the terror of being chased and eaten alive by a swarm of pissed-off rats. Pick your poison; the rats from the 1971 movie Willard, or the rats from the 2003 remake which starred George McFly. Either way, the rats from these films were all pretty vicious. However, the 1971 version at least featured a Michael Jackson song to ease the terror…or perhaps heighten it?

The Wolves from the Grey 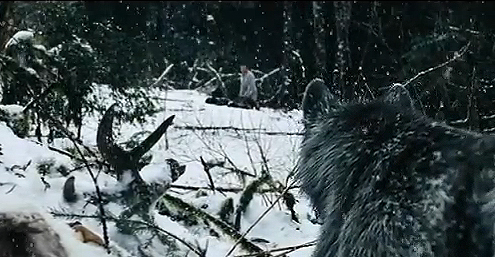 It’s saying a lot when we’re forced to choose a bad-ass from a movie featuring Liam Neeson and we end up not picking Liam Neeson. Technically he’s not an animal (as far as we know) so he hardly qualifies. The 2011 film, The Grey is a survival film which takes place in the aftermath of a plane crash in Alaska. The thriller features a nasty pack of wolves hunting Liam Neeson and a bunch of dudes who may as well have had signs around their necks that read ‘appetizer’. The wolves in this movie worked on many levels. Symbolically they embodied the impending doom we all must face (mortality). On the surface though, the wolves functioned quite well as bad-ass beasts that just happened to be hungry.

The Grizzly Bear from The Edge 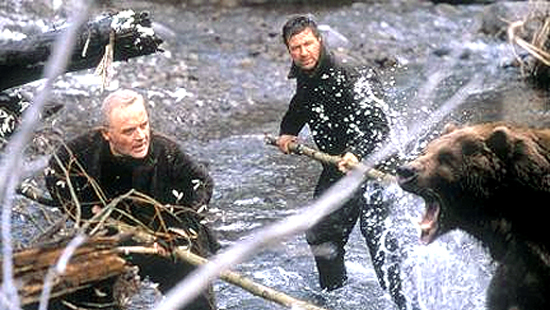 Similar in some respects to the previous survival film we mentioned, The Edge is a 1997 drama starring Anthony Hopkins and Alec Baldwin. But the real star of the movie was ‘Bart the Bear’, a trained Kodiak is known for appearances in many Hollywood features. In this movie, he appeared as a very ferocious grizzly, who made the lead character’s lives a living hell. Never heard of this movie? Well, that’s why Netflix was invented.