Several factors have contributed to the propagation of sexy sport-playing girls. For one thing, the amendment to Title IX ensured that educational programs receiving federal funding could not discriminate based on sex, which lead to an explosion of opportunities for women to play sports in schools. For another, well-toned bodies are gradually replacing the ideal of skinny models with no muscles as the optimal sexy look. And finally, the amount of clothing that decency dictates women are required to wear in public keeps on shrinking.

If you’re someone who enjoys the exponential increase of opportunities to ogle, read on to learn more about and enjoy sexy sport-playing girls! 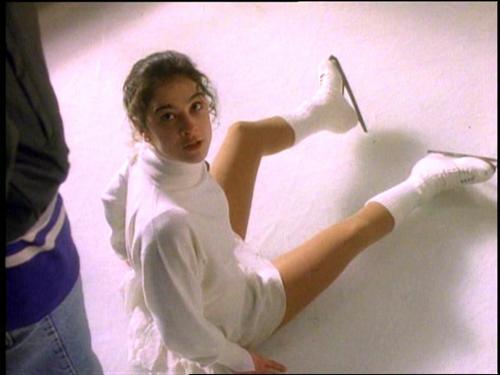 We personally wouldn’t sit on Ice with no pants, but we appreciate the look.

You may have made a conscious effort in the past to avoid watching figure skating, unless your girlfriend/sister/mother forced you to do so. After all, it’s not always considered to be a very manly sport to watch, and chances are you’ll catch hell from your buddies if they hear about it. However, in this case the reward is worth the risk of public shaming, and here’s why: female figure skaters are hot!

The image of figure skating as an activity in which women drift across the ice in odd poses and unappealing outfits to the sounds of violins and cellos is no longer accurate. Modern figure skating is actually a rigorous, grueling sport that requires the ability to balance on thin strips of metal on a slippery surface while simultaneously moving forwards, backwards, or sideways, and frequently spinning and making the kinds of jumps that would make any wide receiver proud. The sport is similar to hockey, but without all of the padding to protect you if you fall. Heck, not only do the women who participate in this sport not have any protection in case they fall, they also wear very little clothing, which is kind of mind-boggling when you think about how cold it must be out there. The discipline and effort required from this sport leads to some highly smokin’ bods posed in a variety of acrobatic positions for your viewing enjoyment (bonus points if you like music from James Bond!). 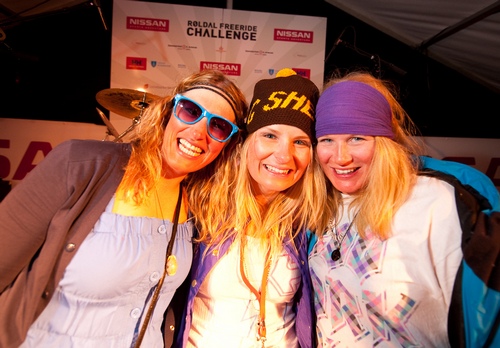 Under all that clothing are some fit and fabulous frames!

Snowboarding is not the stoner-sport that it started out as (it was developed starting in the 1960’s, after all). Now it’s so highly competitive that it’s a significant event during the winter Olympics. And it’s not just the men who’ve followed the rise of the sport to fame and glory.

Snowboarding, like many of the sports on this list, requires the use of one’s full body in order to succeed, which leads to all sorts of awesome tone and shape. The one problem with watching this sport is the layers of often baggy clothing that participants wear during events. In order to observe the true sexiness of these athletes, you have to wait to see them outside of their natural habitat, but you’ll be more than thrilled once you do! May we suggest trying to find your way into cabins with hot tubs near ski resorts? 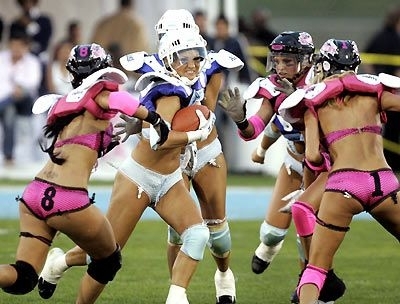 Okay, so we’re not entirely sure that lingerie football is considered an actual ‘sport,’ but we don’t really care. The tagline is that it blends “action, impact, and beauty,” and they couldn’t be more right, unless they’d added “pure hotness” to the list.

The appeal of having scantily clad women run around with one another is obvious. But before you go and watch, you might want to know that you’d be surprised at how brutal the action on the field can get. Sexiness and the potential for injuries? A somewhat odd combination. Then again, they’re clearly doing it because they want to, so who are we to judge? 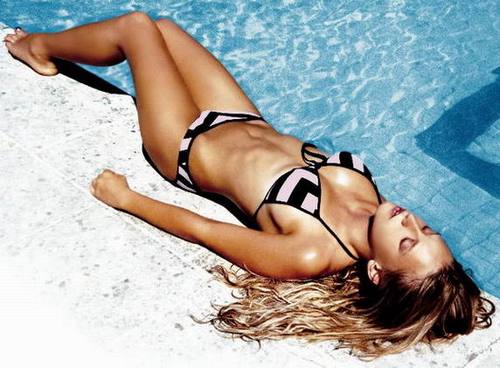 Resting after a hard practice!

You might say that just because we put a picture of a woman in a bikini next to a pool doesn’t make her a swimmer. It’s like if we put a cap on a man and called him a baseball player. But we think you’ll let it slide because, hey, few people will disagree when we say that bikinis are hot!

Once again, the appeal of female athlete swimmers is that they’re in great shape because of the rigorous sport they play. Even better, they have to show off their bodies when doing it. In fact, they’ve even got crazy space-age swimsuits to make them go even faster! How cool is that? Okay, we realize that we lost you at “bikinis,” so we’ll just leave you with this: swimming does a body good! 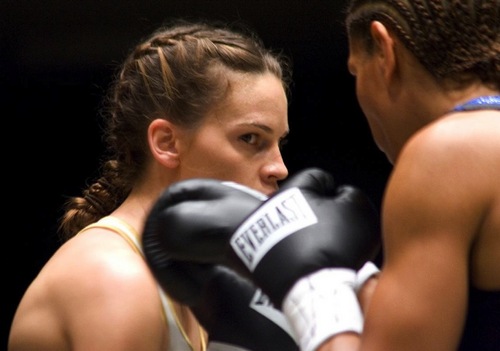 Although we admit people tend to be more attractive before getting their noses punched in.

Female boxing, like female football, is a relatively new addition to the sport pantheon. There’s a whole league of women boxers, but it’s not quite as popular as male boxing. Which is surprising on the one hand, because women boxers are attractive, but not surprising on the other hand, because they’re hitting each other, and injuries really aren’t that sexy for most people.

After a few years, a broken nose or a bitten ear might serve to make a female boxer less attractive than she was to start out with. However, the amazing tone of a boxer’s body is hard to beat when it comes to looking good. 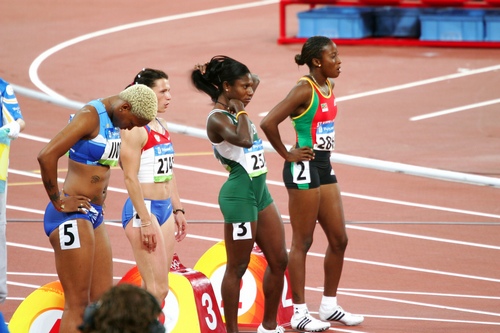 Just make sure that you don’t scare her off during the first date, because you’ll never catch her.

Running is great in that it’s a highly competitive sport, but it’s got a relatively low bar to entry. Anyone can be a runner; they just have to lace up some running shoes and open their door. And then run, of course. That part is kind of important.

Because of this, you can enjoy the view of fit runners locally almost anywhere in the world, especially if there is a university or town center nearby. That’s right! You don’t even have to turn on your television to see these beauties!

And they only get more in shape the longer they do it for. Chances are good that you can see some fairly well-toned women right outside your window, especially when winter starts to give way to spring, but to get the ones with crazy musculature, you’ve got to tune into the real races, like 5Ks and marathons and such. In addition, it seems like the outfits get smaller the better the women get (see above picture) so that’s another benefit! 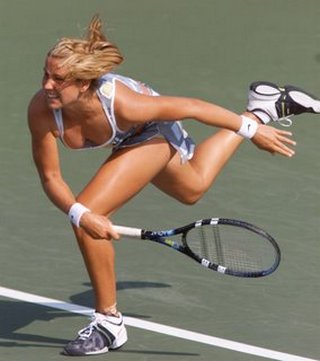 There’s no way this wasn’t meant to be sexy.

Tennis almost missed out on being on our list. We tend to associate it with soccer moms in pleated skirts, who aren’t really the pinnacle of what most people think is sexy. But the truth is that tennis is a hard-core sport, with tons of highly attractive players. In fact, with articles such as “The 30 Hottest Tennis Players”  floating around, we’re starting to wonder if people are really focusing as much on the actual game of tennis as they are on the bodies of the women who play it.

Not that there’s anything wrong with that. Sports are played for audience entertainment, after all, and what’s more entertaining than watching hot women get sweaty from participating in grueling physical activities? Not much!