The music played in movie soundtracks tends to represent the times in which those movies are made. It’s only in the last couple of decades that rap and hip-hop have become mainstream enough to appear in movies targeted towards certain markets, and only in the past few years that they’ve appeared in mainstream movies.

Once upon a time, rock and pop were the main styles of music that movie makers turned to in order to create the soundscapes to go along with the visual aspects of their films. However, at no time in the past have musical styles evolved, blended together, and splintered off into new and interesting types like they’re doing nowadays. Even the relatively traditional movie industry is making sure to take advantage of the plethora of new styles. The widespread appeal of this music is a testament to its greatness, and the variety of movies using rap and hip hop songs is a testament to how media evolves over time.

The songs on this list definitely got the job done when it came to setting the scene for the movies they appear in. Some of these movies use hip hop and rap to recreate feelings related to the kinds of places where these styles of music originated, and others use them to generate a mood in certain scenes (for example, movie-makers use recently released songs to make a movie seem super-modern and up to date, and to distinguish the movie style from older ones using more traditional types of music such as rock). 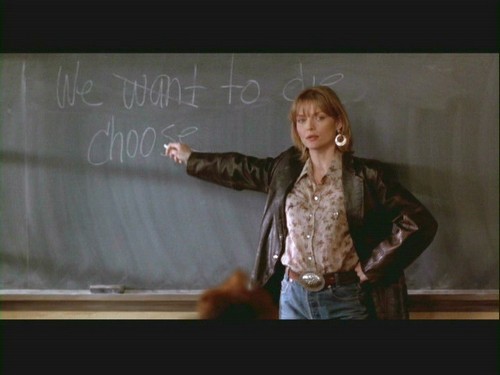 We can totally see where the transition from Marine to inner-city school teacher comes from. (Hint: it’s in the leather jacket.)

Michelle Pfeiffer teaches a classroom full of kids with not a whole lot to look forward to in life in the movie Dangerous Minds. Great concept, but we have to say that the makers of this movie must have been a little confused about what “kids nowadays find motivating.” We don’t know if there was ever a time when kids would buckle down and learn something because their teacher used karate and Bob Dylan lyrics, but maybe that’s just us.

Appearing in this movie soundtrack is definitely a fitting application of rap music performed by Coolio. Coolio was born in Compton, an area infamous for its rampant gang warfare and violence, and although he was a smart kid, societal pressures caused him to get into some trouble before rap music got him out of it – more or less.

Interestingly enough, the lyrics are a reworking of Stevie Wonder’s song Pastime Paradise. We’re guessing that Stevie’s lyrics weren’t exactly the kind that would go with a movie like this, and so they chose Coolio’s version instead. Sorry, Stevie! 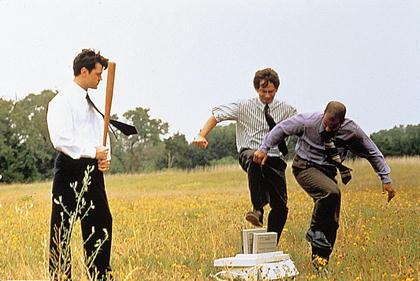 Never has anyone wanted to be a computer programmer so badly as when watching this scene.

Few scenes in movies are as memorable as the one in Office Space where Peter, Michael, and Samir take a copier out into a field and beat the hell out of it. We think the reason that it resonates with people is because it’s so true to life; if you’ve ever had to deal with a copier, fax machine, or printer, you know the kind of special rage that those machines can inspire.

And of course, having the right music to go with the scene is part of what makes it so great, and Still definitely fits the bill in this case.

The song Damn It Feels Good To Be a Gangsta, also by Geto Boys, was featured in this movie as well. The group might have faded in popularity somewhat, but their songs will live on as long as there is office equipment that needs to be taught a lesson or two.

Check Yo Self, Ice Cube feat. Das EFX, Due Date 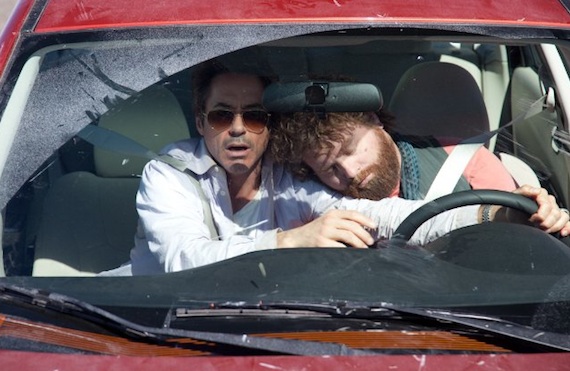 Don’t drive sleepy, unless your copilot is Robert Downey Jr.!

The choice of a rap/hip-hop song for a bromance movie about Robert Downey Jr. and Zach Galifinakis driving across country for Downey’s character to reach his wife’s bedside in time for the birth of their child is an interesting choice.

Due Date is an interesting mash-up of a movie, and that’s a great way to describe the soundtrack as well. Cream, Neil Young, and Pink Floyd are also featured. Just like in real life, you never know what kinds of songs you’ll need to fit a moment perfectly, we guess. 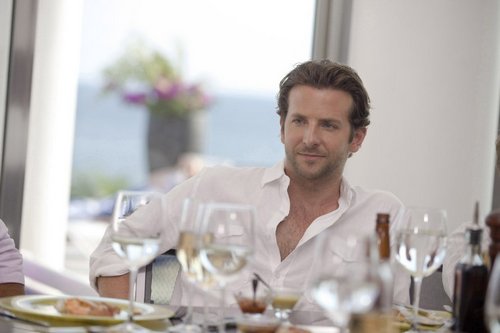 Just like Eddie, Kanye West is a lover of the finer things in life.

So we can see why a song like Power would go with a movie like Limitless. It is, after all, a movie about a man rising from relative obscurity as a struggling author to fame and fortune on Wall Street because of special drugs.

A good amount of Kanye’s music focuses on strength and the acquisition of power, so choosing one of his songs for this soundtrack makes sense. Kanye also sings about drug use and winning and losing in relationships, which also go very well with a movie in which all of these themes are heavily featured.

And, though we hate to say it, this movie is about a guy who became a bit of a jerk during his rise to fame, just like Kanye did (see his actions during Taylor Swift’s speech at the VMAs). Also, like Bradley Cooper’s character Eddie in the movie, Kanye West doesn’t look like he’s going away any time soon.