Remember that “Bikini Inspector” joke T-shirt you used to have as a kid, secretly hoping that one day such a profession will become a reality, even if only for the weirdness of it all? The bad news is humanity still has no need for an overzealous inspector of female swim garments. The good news, however, is that there are a number of real-life occupations out there with titles equally (if not more) crazy.

Unless you are a skydiving lion tamer, chances are your job tends to get tedious from time to time. You might even compare it to “watching grass grow” or more commonly “watching paint dry”. For some folks though, such a comparison is downright insulting, seeing as they have made a career out of observing drying paint. One such person is Keith Jackson from the UK, who for the last 30 years, has been assessing the time it takes for his company’s paint to dry. By gently touching test area on his work station wall, Mr. Jackson times how long it takes for a paint to stop being wet. It might seem horribly unnecessary, but keep in mind that there are places out there which have to occasionally be painted in record fast time (like subway stations or freeways), and it’s up to Mr. Jackson to see just how his company’s formula is holding up. 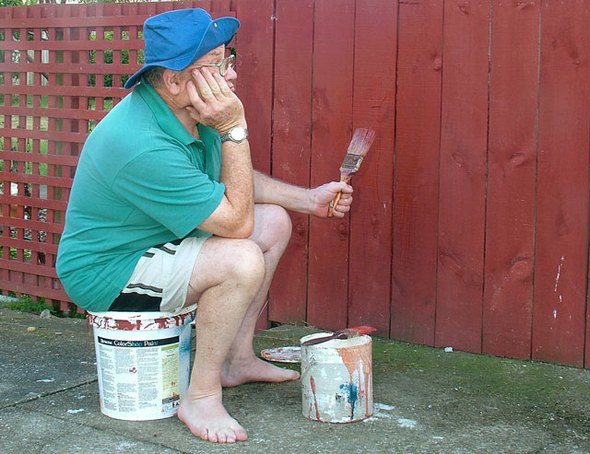 This certainly isn’t a career option full of laughter and excitement, but “watching paint dry” must be a fantastic conversation starter.

This profession is unfortunately only available in tropical paradises like the Virgin Islands, but luckily it requires very little training or special skills other than the ability to swing a big stick. The job of a coconut safety engineer is to go around to private properties like hotels and resorts and whack their coconut trees until all potentially dangerous nuts fall down. 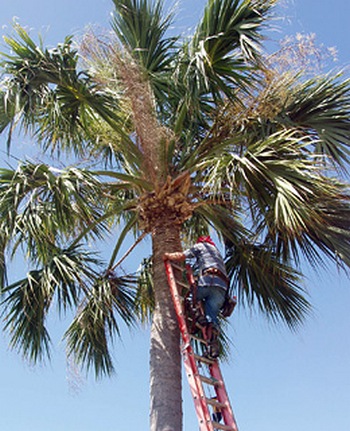 This is done to protect their guests from falling coconuts (some of which can reach well over 3 pounds in weight) sparing the hotel/resort owners any unnecessary lawsuits. In fact, a falling coconut can do significant damage or even be fatal. The job might not pay that much, and there is no word if a CSE can keep the coconuts he knocks down, but it is a job which concerns itself with the public’s safety, making it quite noble and well worth the effort.

Plus, think of all those “Coconut Safety Engineer” business cards you will get to pass out at parties. 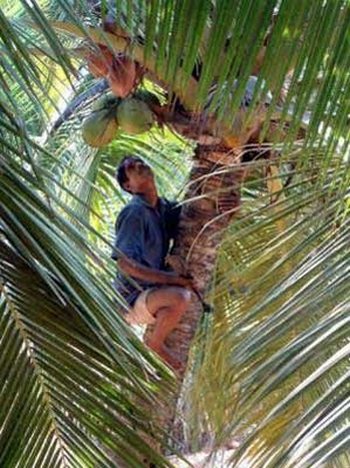 Malaria, a mosquito transferable disease, is still a huge problem in certain parts of the world, so science is constantly on the job trying to find ways to cure it. In order to do that however, they need mosquito specimens. And that’s when it gets a little weird. 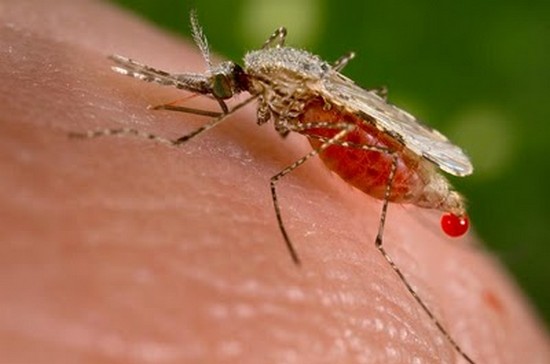 It turns out one of the easiest ways to attract the little disease spreading bloodsuckers is to roll up your sleeves and let them start feasting on the red bloody goodness inside you. That is the job of a mosquito gatherer who turns his own body into an All You Can Eat buffet for mosquitoes. After they latch onto his skin, the mosquito gatherer sucks them up through a straw and deposits the insect vampires into specimen jars for further studies.

The job’s risks include contracting malaria and up to 3000 mosquito bites a day, making it without doubt the suckiest non-prostitution-related profession in the world. 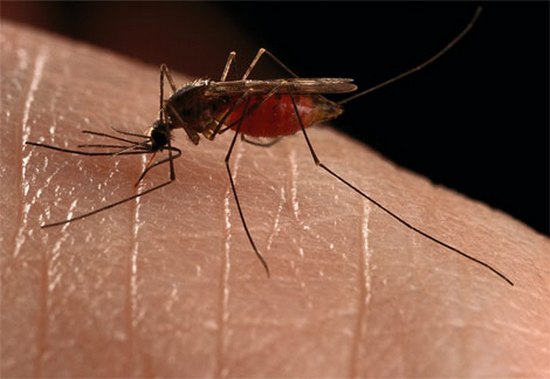 This is one of those job titles which could be easily misunderstood, causing less than hilarious mix-ups with certain less than well adjusted individuals. In a sane reality though, a chicken sexer is the person who checks the sex of chicks in poultry sorting facilities.

Today everything is industrialized, even and especially animal farms. What happens there is that a clucking adorable sea of yellow chicks comes down a shaft and onto a conveyor belt or something similar while the factory employees stand around them sorting out the males from the females. The females later go to other farms to lay eggs while any number of things can happen to the males, but most often they get chopped up and put in dog food.

You would think that they could have come up with a snazzier name for this job though. “Chicken Sorter” or “Avian Willy Finder” mean basically the same thing and looks roughly a million times better on your resume than “Chicken Sexer.”