Home Home 7 Guys Who Put the “Man” Back in TV

Okay, so we know there’s no “man” in TV, or even in “television.” And that’s part of what’s wrong with the world today! Perhaps if there was, entertainment wouldn’t be in such a sorry state.

With the rise of stars such as the Jonas brothers and Justin Bieber, with their expensive haircuts, clean living and androgynous features, it’s easy to think that the age of real men in entertainment is coming to a close. Real men who would just as soon knock you on the head with a club and drag you back to a cave as look at you. Men who smoke and drink and curse and don’t care who they offend as long as they have fun doing it. Men who love fast cars and hot chicks and red meat.

As a salute to those men who still have ample supplies of testosterone, here is a list of men who are keeping it manly on TV. 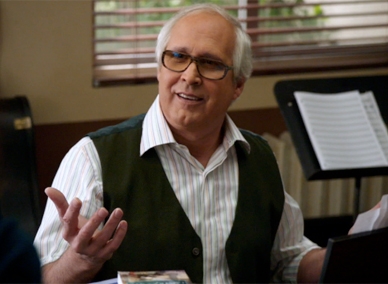 I am man, hear me roar! And also, help me find my pants.

Chevy Chase is back in a big way, and he’s just as inappropriate and clueless as ever. As the oldest member of the study group at Greendale Community College, he had the potential to take on many roles. He could have been the wise man who everyone turns to for advice in times of need, or the father figure who sets the moral tone for his younger peers, for example.

But Pierce Hawthorne is none of these things. No, he’s a pill-popping, insult-slinging type of a guy who won’t take no for an answer. He even goes so far as faking his own near-death to get what he wants. In short, a real man’s man. 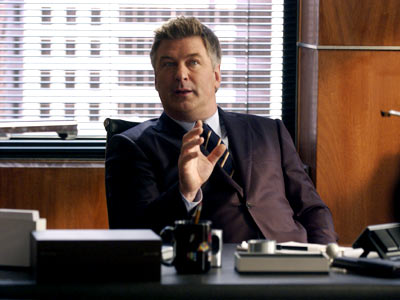 And in my office, I want you to construct a little tiny replica of my office. Out of the bones of my enemies.

Alec Baldwin plays a man who won’t let anything slow him down in his quest for success. Not rivals, not the incompetency of his staff, and certainly not the pregnancy of his wife and subsequent birth of his daughter. He’s ruthless, efficient, and always looks amazing in a suit. What more could someone want in a man?

He does have a few moments where he comes close to getting in touch with his emotional side, like when he briefly wonders if his daughter is more attached to her nanny than to her father. But he brushes aside those silly “feelings” with a panache befitting his male gender.

Ron Swanson on Parks and Recreation 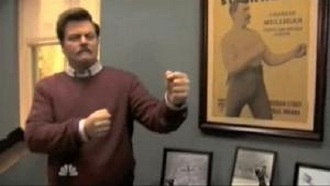 Actor Nick Offerman is so much a man in Parks and Recreation that he almost becomes a parody of what a real man should look and act like.

Ron Swanson loves steaks. And by “loves steaks,” we mean that he almost has a nervous breakdown when his favorite steakhouse is closed, and almost has another one when his friend tries to serve him grilled vegetables as a substitute. Red meat is true man food, and this man knows it. He also loves other typical manly activities, such as fishing, avoiding hugs, camping, and doing everything he can to not get involved in personal conversations. Last, but certainly not least, he sports a sweet, sweet manly mustache.

His one weakness is his crazy ex-wife, who he’ll do anything to please. But sometimes, even the hardest of men has a soft side.

Charlie Harper on Two and a Half Men It kind of makes us cringe to say it, given his recent bout of crazy-talking and very public meltdowns, but Charlie Sheen does play a character that many men could be envious of on Two and a Half Men. Especially compared to his rather effeminate brother, Charlie Harper is like a testosterone spigot in human form.

He’s the first entry on our list who really has a way with the ladies, although with all of them being manly men, we’re sure they wouldn’t have any troubles if they really applied themselves. We don’t know how he does it with his vague facial expressions and often incoherent ramblings (isn’t it funny how television mimics real life sometimes?), but there’s something about him that keeps a constant stream of buxom, often brainless beauties lining up at the door to his bedroom.

He also indulges quite frequently in alcohol, which is a pretty manly thing to do, as long as the man in question can stay in control.

Anthony Bourdain on No Reservations 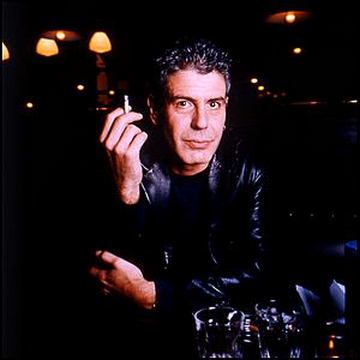 You may be cool, but you’ll never be Anthony Bourdain smoking in a leather jacket in a bar cool.

We love how No Reservations is one of the few shows on television during which we can watch a man consume massive quantities of alcohol, get quite buzzed, and then be made to participate in the cultural dances of whatever foreign locale he’s currently visiting. That’s got to be some kind of manly record right there, and we applaud the censors for allowing us to indulge in watching it.

Another thing we like about Anthony Bourdain is that he’s been through hell in the form of drug addiction, and he’s managed to make it through to the other side. We do worry a little bit about his indulgences, and we hope that having a wife and kid is enough to keep him mostly on the straight and narrow. But that’s the thing about being a man: sometimes you have to live on the edge. And if you’re living on the edge, there’s always the chance that you’ll end up falling off. 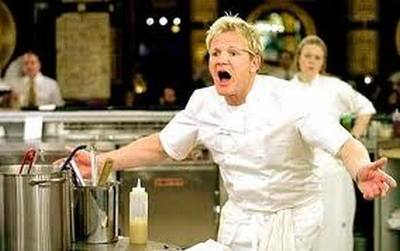 Where is my f***ing garlic press? I’ll kill the bloody sh** who stole it!

Those who have delicate ears that aren’t accustomed to dirty language better not watch Gordon Ramsey. It seems physically impossible for him to go a single minute, let alone a single episode of one of his shows without making every other word into a curse.

Sure, you could say that the cursing is just part of his TV persona, and is done for effect, but there are numerous reports online of his fan interactions being just as cringe-inducing. But really, Gordon just can’t help his condition. He’s obviously a man with a lot of testosterone, and one of the effects of high levels of testosterone is increased aggression. And he’s got enough aggression for several men. We’re just glad that he’s found effective ways to channel it, and that (as far as we know) no one’s gotten hurt because of it.

Jeremy Clarkson, Richard Hammond, and James May on Top Gear 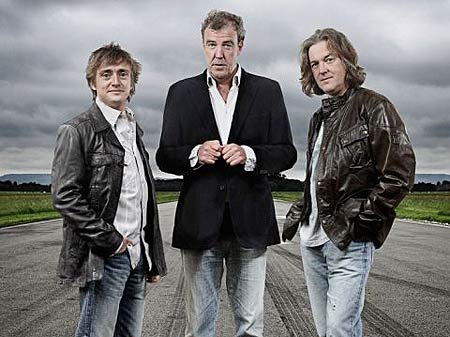 We get to drive exotic cars and sit around talking shop all day. Your argument is invalid.

Cars are one of the perfect representations of everything that’s good about being a man. They’re fast, they smell like oil and burning things when you push them too hard, and when you crash them they make big explosions – all things that make men drool.

Which makes Jeremy, Richard, and James some of the luckiest men on the planet, because they get to not only talk about cars (often with celebrities, no less) and go to exotic locations to film ridiculous stunts, they also get to live, breathe, and love cars all the time. It’s pretty much every man’s dream to drive a Lamborghini, a Bugatti, or a Ferrari someday. These men have driven every single one of those cars, and more.

You don’t need to drink, smoke, drive fast cars, yell at people, eat red meat, have a lot of ambition, do drugs, make love to tons of women, or insult people to be a real man. But those things sure don’t hurt!