Designing a weird building is pretty simple: choose a form in which buildings are not usually built (a top hat, a strawberry, male genitalia etc) and then build that building. It has come to the point that most of us are not phased anymore by weird, unusual structures, but even so, there still are a few interesting architectural choices out there which will stop you in your tracks and make you nod your head while going “Yeah, that’s pretty cool.” For example: 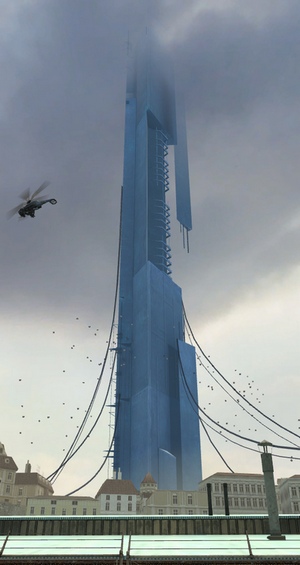 The Beetham Tower is the tallest building in Manchester, standing proudly at 47-stories tall like a big middle finger made out of glass and steel poking God in the eye. Well, a finger that has been ran over by a bicycle maybe, what with the… the…. Damn, we can’t even properly describe the type of weirdness that is going on here. It’s nothing spectacular, just that the upper part of the Beetham tower protrudes slightly to one side. So why exactly does it make the list? Compare it to this picture:

Some of you (you know who you are) probably just experienced a nerdgasm. The above is the Combine Citadel, a level in the game Half Life, and a serious contender for the inspiration of the Beetham Tower. Oh sure, it’s probably nothing more than a coincidence. We’re definitely not suggesting that the Beetham Tower will be the future HQ of an impending alien invasion. We’re certainly not saying that. But that’s only because they might be listening. 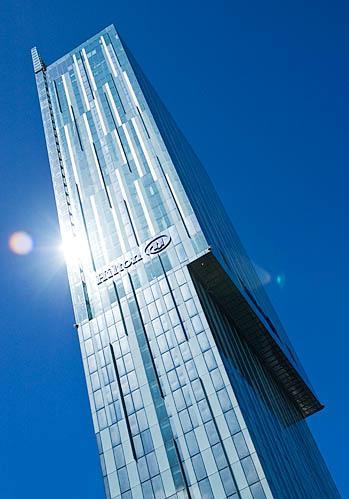 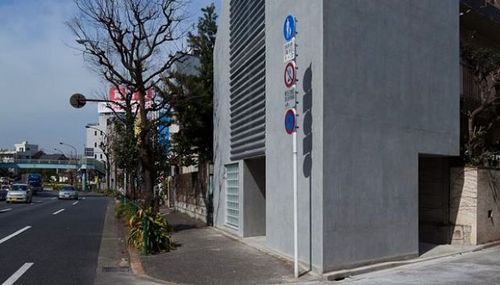 You probably didn’t even thought about it before, but did you know that Japan is smaller than the state of California? Yup, an entire country, smaller than just one American state, and with a population equaling roughly 40% that of the US’ you can see how space would be scare over there. Actually Japanese land prices are the highest in the world, and that’s why tiny housing is pretty common in the land of the Rising Sun. But then there’s Fuyuhito Moriya’s house, build literally atop of ONE parking space.

The plot Moriya owns is only 30 square meters, and yet, he managed to build a multi-story, fully functional house for himself and his mother on it. Moriya’s room is only the size of a walk-in closet, and almost everything inside has been designed to save space, from triangle staircases (oh yeah) to giant windows letting in as much light as possible, so as to not make you feel like you’re living in a giant coffin. Incidentally, the house cost Moriya half a million dollars, but in the center of Tokyo, that’s considered a bargain. 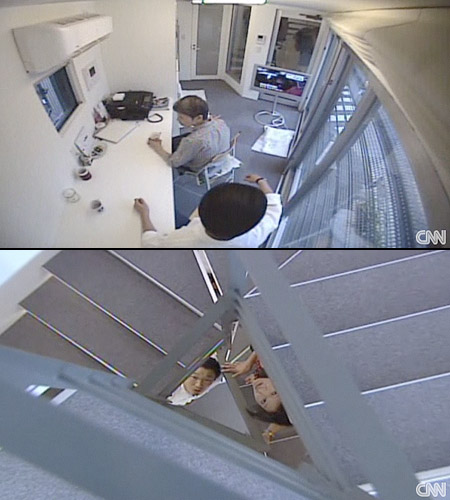 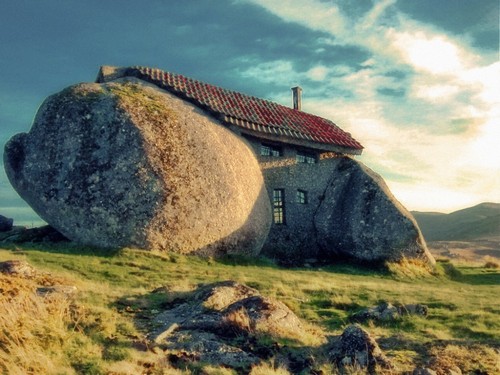 The Stone House is one of the most famous “weird houses” on the internet and for good reasons. One of those reasons is “FREAKING LOOK AT IT MAN!” It’s a house made from stone, in case the name confused you. Well, actually it’s a house made from two huge boulders linked together with cement and an imagination that rivals that of a bed ridden child with cancer.

Rumor has it that this house was inspired by the Flintstones cartoon, but luckily the theme has not been taken to any extremes, considering the use of windows and (hopefully) modern toilets. We can tell you from experience that using pelicans or whatever to collect your poop very rarely ends on a positive note. Let’s just leave it at that. 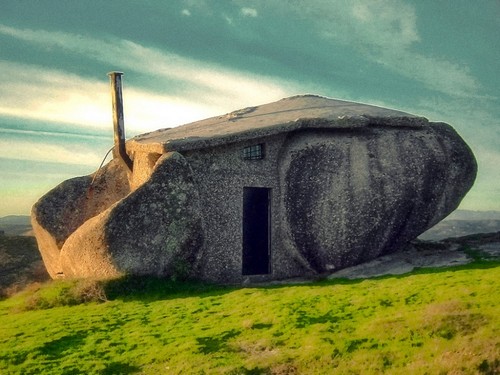 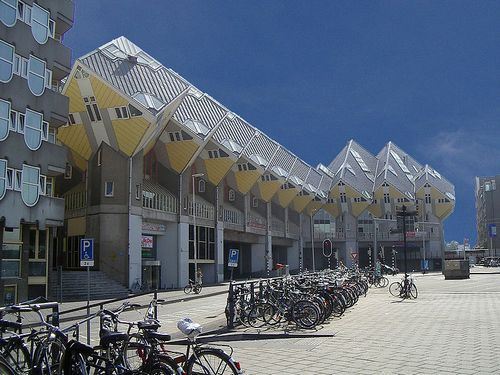 Kubuswoningen means Cube Houses which are (and we hope you’ve braced yourselves) houses in shape of cubes. “Now wait a minute,” you might be thinking, “aren’t all houses ‘cube-like’ in shape? Also, how did you know what I was thinking? Are you aliens?!” Ha, ha, ha… no. We’ve just sold our souls to the Devil (standard practice over at WeirdWorm). Anyway, what’s weird about the Dutch Cube Houses is that they are cubes BUT tilted at a 45 degree angle and placed atop of pylons. Why? Because ‘why not?’

We assume that is what was going through the head of the cube houses’ architect, one Piet Blom, who designed this unorthodox living space in 1984. There are 40 cubes in total, all connected, and yeah, people do live in them. Each Cube House contain a kitchen, living room, two bedroom, a bathroom and even space for a small garden, all on about 75 square meters. 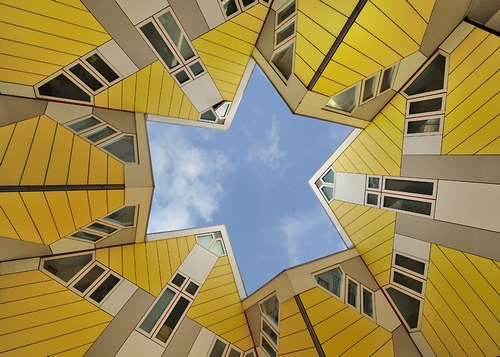